Altered pause1-animation leads to wrong angles for the other animations - how so? [SOLVED]

I’m porting a Witcher 1 Noonwarith atm. For this I’d like to have a fitting animation: They are floating (most of the time). My first try was to scale c_fairy and basically that worked for “non action-“ animations. But many of the fairy attack animations don’t work when scaled to human size: Flies super large curves, flies into the ground, …
So I remembered an alternative flying human model: The CEP flying succubus (wg_succubus2.mdl). In the Witcher game, the wariths (and some other) float upright during the IDLE-animation (NWN1: pause1), whereas the CEP flying succubus has a more horizontal position. I want to change that.First try was to copy in my scaled upright c_fairy pause1-animation. That basically worked, except that now ALL other animations are flipped 180°. I was not able to find the reason to this, so I took another approach:
I altered the pause1-animation of the original CEP wg_succubus2.mdl to be an upright position and it (kind of) worked: 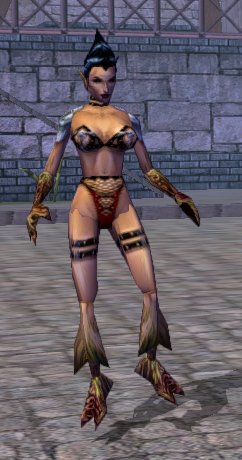 Strange thing is, that the walking animation is not horizontally anymore (as it should be), but at an about 45° angle: 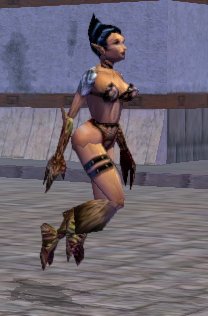 That looks pretty well and I like it, but problem is now the dead-animation is at a wrong angle (meaning all other original animations are at a wrong angle, but NOT the altered pause1): 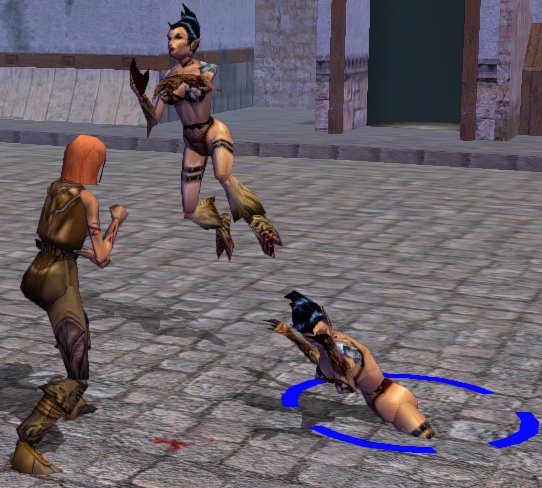 Opening the model in Blender or Gmax (tried both - exported from both) show the right angle when choosing the according animation (example: walk): 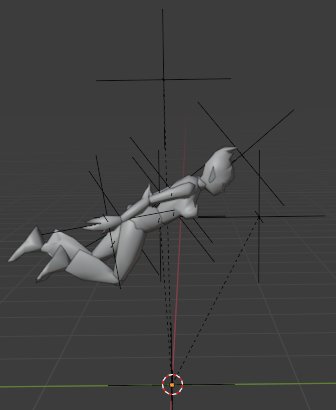 Can someone explain that behaviour to me? I mean, I altered the rotation of the pelvis in the pause1-animation to get the model upright (that angle is recorded in a key). That seems to influence all the other angles.
Any idea how to fix that?

Yes, that was it! Thanks! I somehow always manage to grab other objects while tweaking/adding animation keys! The hint with the “hide all other objects” is a good one, which I never did before - probably the reason why I tend to miss-select an object…
Anyways, I got it (after some more fights and wrongly placed key-values…) all fixed now! Couldn’t resist to try the Witcher 1 Wraith (which uses its original Witcher 1 weighting following the process I decribed in my tutorial)! It’s not finalized, but here is a WIP screen (mesh is using the succubus2-bones): 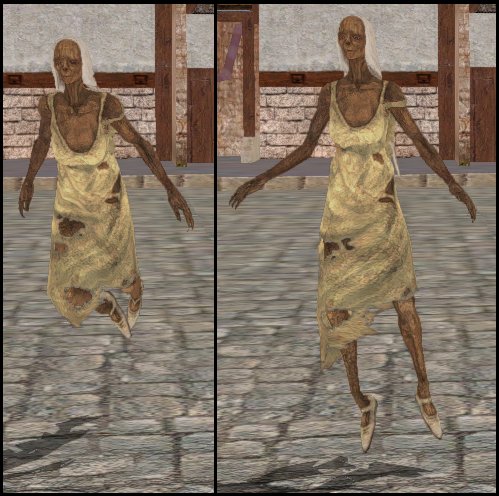