An elf, a princess, and a demon walk into a bar 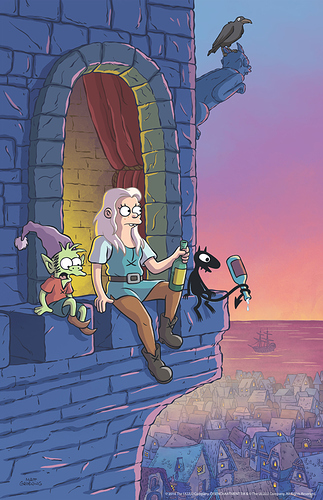 A clever and funny comedy for adults (18+). I definitely recommend it.

Can we buy this pay-per-view, or is it Netflix sub only?

P.S. via Jim Al-Khalili : an infinite number of mathematicians walk into a bar. They order a beer, a half, a quarter… respectively. The bar tender slaps down just two beers between them all, saying “you gotta know your limits”.

I think its Netflix only.

One caveat re: the hilarity, only the first two episodes were directed by David X. Cohen and starred Matt Berry. I’ve watched a few more and while still clever, not as good as the first two. Hopefully the merry-go-round of directors and writers will stop and it will get back to the level of the first two.