Anybody know of an old rural Tileset based after this one and were to find it?

I remember there being a re-skined Rural tileset from the early 2000s, 2002 to about 2005 on the old vault and it looked a lot like this one here, LCA Fallen Lands Rural: 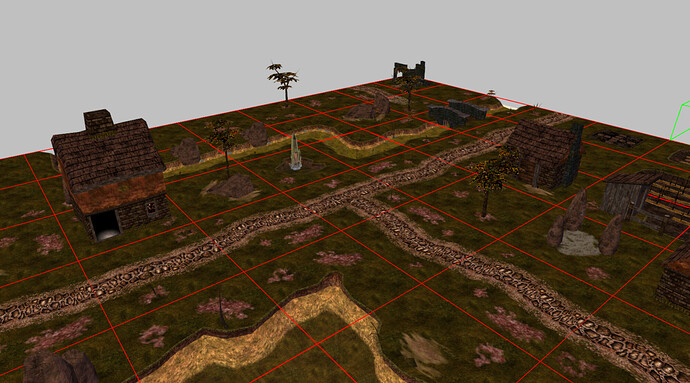 It had a similar cobblestone road, stained glass windows on houses, darker green grass, but it had more color to it, the cobblestones were multi colored, grey, tan, redish I think? Stained glass was also multicolored, had more vibrant colors etc. Also, it had the original Rural water textures, not this one shown here that is greenish, and the buildings themselves were more majority of grey and darker brown, again, more vibrant.

At least that is what I remember. Thing Is, I could never find it again after the old IGN Vault went down. It was only recently, while looking for a few EE tilesets on the new Vault that this popped up, and I saw it in a tiny screenshot that was part of a set of LCA tilesets.

I can’t remember the name of the older tileset this one resembles, I just know that it was more colorful, and did not have LCA tied to the name.

I figured posting here was worth a shot.

The main big Rural reskins I know of are Lodrezzon’s Supetsets.Grey and darker brown might be Grondol?

EDIT: May be Mirador now that I look at it, unfortunately Mirador’s the one of the six I know the least about