Don’t have any detail but received an email from BD saying that the game they’ve been working on will be revealed tomorrow.

Word has it this will be a new IP, rather than a remaster.

This? If so, and given it’s apparent provenance, I’m not sure I’ll be using it. I’ll wait till someone tells me it’s on YT proper or Beamdog’s own site.

Ahem! That is exactly where the link to XPlay takes you in my previous post - 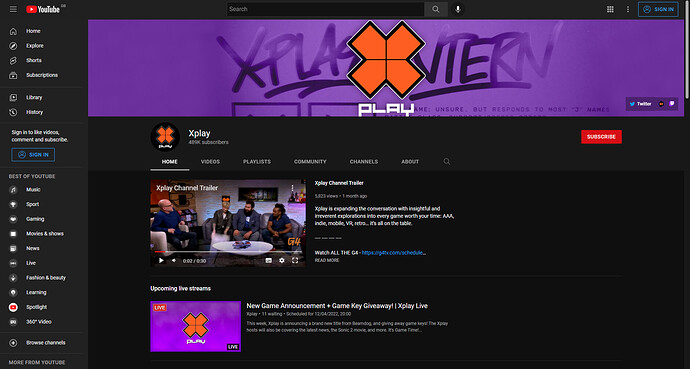 Either by going to XPlay’s YouTube channel or by looking at the expanded version of that picture, you will see that there is a smaller pinky/purpley box with live in the bottom right corner. In the blurb to the right of that box it says

This week, Xplay is announcing a brand new title from Beamdog

and if you click on it, it says it is live at the same time as the email says that the BD announcement takes place.

I was more referring to the .ru at the end of the URL.

Looks mildly interesting, and I like the co-op angle, there aren’t enough good games out there for 4-player co-op groups. But it will be tough to compete with Gunfire Reborn …

And on the technical side, it will be an Epic Store exclusive on PC for a while. Plus they talked about character skins, so it will be interesting to see whether they will be part of the main game or a way of monetization, Borderlands-style.

Thanks guys. Watched the trailer. Has a handheld iOS type feel to it for me which I’m not particularly fond of. Maybe appealing to kids? However, co-op sounds promising.

Did it say when available and how much?

Checked out the epic store page for it. It will be on early access for a year or at least that is the aim. No price on there yet though so another 8 days to go.

And just found the official website for it too.

It’s a bold move for sure. Remains to be seen if the game has enough potential to survive it.

According to my questions over on the BD forums @JuliusBorisov says it’ll be $29.99 US, It now has a new section on BD’s forums as well as a discord channel. See Phil (as in kill phil module that only one person made) has commented on there. 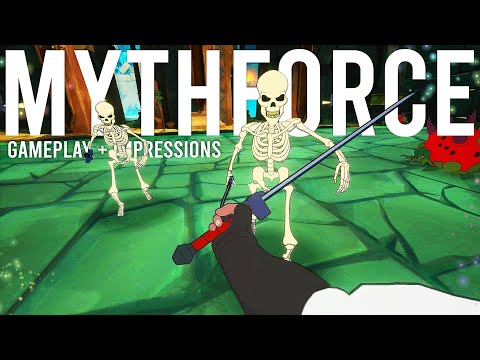 Thanks for this. Just sat through the whole video and enjoyed watching it. I have to say there are several very impressive aspects. The graphics grew on me ( a little) but they are staggeringly good and colourful. The gameplay looks attractive and the team thing works well. All in all it looks pretty enticing.

However, it’s probably not for me. If you die you go back to the start? That’s pretty hardcore gamer stuff is it not? I can see kids maybe being used to that from platform games and at times it does have that feel about it with no real chance to wander off and explore. Biggest dealbreaker for me though is the lack of storyline. We’re really into the sort of Minecraft dashing through a landscape killing everything for no reason that used to infuriate me with the games design class I was showing the toolset to. They’d come in, immediately switch it on and went into zombie mode and you then had to drag them off it. After half an hour what is the incentive to continue? I could see me just getting dizzy !

So, for me, it looks a pretty good attempt by Beamdog for a new game. Given their limited resources it’s very impressive. Deserves to sell well. However, it’s just probably not what attracts me to games ( and yes, that is probably because I’m old !

). I like the storylines, character building, dialogue that comes with games like the Witcher series, or indeed the toolset and NWN. A demo level for this might be a good idea to let people get the feel for it.

Btw, I liked the dialogue on the trailer. It brought in concepts etc. in a light way and kept it interesting.

If you die you go back to the start? That’s pretty hardcore gamer stuff is it not?

Yes and no. Like I mentioned above, this looks pretty similar to Gunfire Reborn, and also a bit like Ziggurat, and in both of those games, when you die, it’s game over and you have to start another run, but in Gunfire Reborn multiplayer you can also revive each other, and the same seems to apply to Mythforce. So as long as one of the players is still standing, they can still save the day and get the others back. Only when all players are dead, it’s over for good.

That adds to the thrill, but when I play Gunfire Reborn with friends, this hardly ever happens, and when it does, it’s okay because (a) it’s all about the “journey” not the destination, having fun with friends, and a new run might play completely different again, depending on what items you find, (b) runs are short (1-3 hours maybe), more like a sports match than an epic length RPG, (c) you still make some progress because you get something from each run even if you don’t complete it, like points to unlock better skills and stats that are permanent. So this “rogue-lite” aspect is not as hardcore as it sounds, it fits this type of action game which might otherwise seem pretty boring and pointless if you could save anywhere. I don’t know if all of that will be true for Mythforce, too, but from the look of it, they copied a lot from those other games.

I can see kids maybe being used to that from platform games and at times it does have that feel about it with no real chance to wander off and explore. Biggest dealbreaker for me though is the lack of storyline.

Yes, apparently this not an open world game that invites exploration. It’s a linear trek through arena-like areas where you just kill everything, collect loot, level up and build your character in new ways every run. There seems to be a storyline, but it’s probably very barebones. Its really more about building your character and surviving waves of enemies.

More related news on this today. Apparently Beamdog is being acquired by Aspyr, an Austin-based game company I’d previously never heard of. They’re publishing the new game, which will be early released on the Epic store.