I am now working on version 1.1 and have started work to changed a few of the creature I really that I thought needed an upgrade.
The first being the Helm Horror 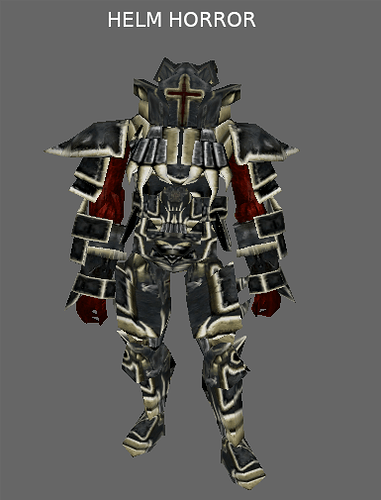 The Vampire was next model victim to get an overhaul. 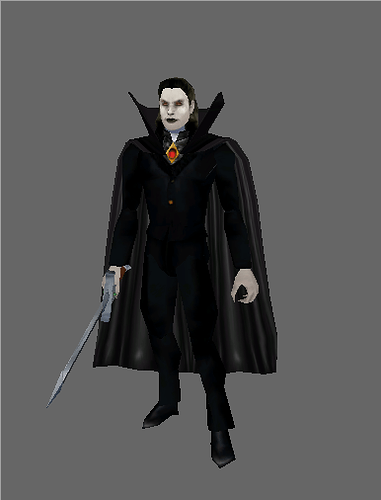 Depends on what you’re going for, fidelity or quality. For the helmed horror and… uh… can’t remember the other one… I use two different models ported from gothic 3, which look like empty, animated armors. They have a higher poly count and tex res. You could even plant some red emitters here and there so they look more like the traditional creature of D&D, though modern iterations look like animated armors. As for the vampire, I think… Neverwinter Nights Enhanced had several new models that only Sinfar uses nowadays. They’re reworked from sixesthrice’s undead redux, I believe.

Yeah Jedijax your right about the Helm Horrors. I did a lot of research and almost all I found was that the Helm Horrors and Battle Horrors look like animated armor with energy holding them together, so with that being said the first draft will not make the cut for the pak.

I worked on those undead with Pstemarie as we where the NWN Enhanced team this vampire only will ovverride the normal male vampire.I intend to use other models for the warroir, priest and thief entries and alter the UTC’s with new entries in the appearance 2DA.

Thanks for the info.

Any plans to override playable races?

Can’t wait to see what you come up with …

It’s Funny you should mention that Toro. I am trying a little experiment not sure if I will be able to use it in the end. My skinmesh skills are almost nill but if I can get someone to teach me or help me out with skinning it might be worth it. 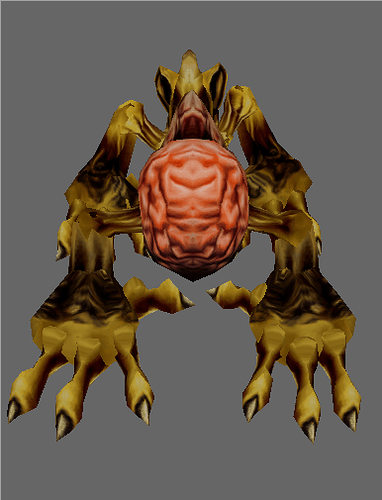 Intellect Devourer386×505 120 KB
The first is a possible skin for the Intellect devouer with a newer texture. 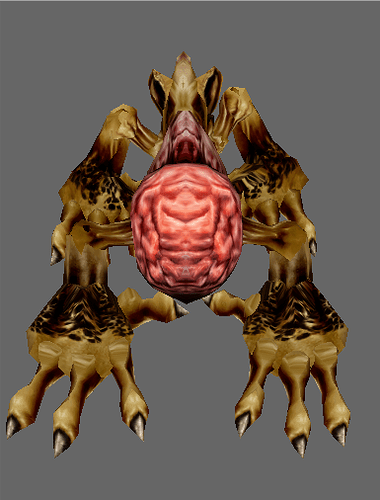 Intellect Devourer1385×506 143 KB
The second is the same skin with the standard texture. 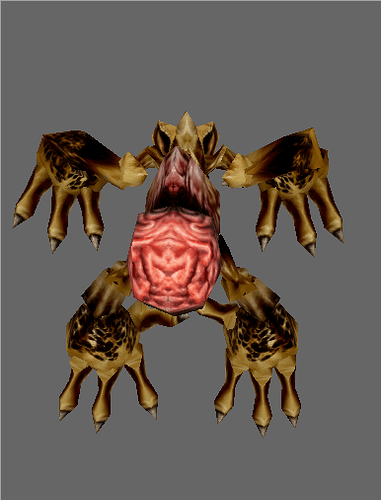 I need input, so tell which one you like and why, or if there is still room for improvement in the skin or the texture.

Aztec2012 I do not have any plans at this time to override the dynamic races.

Cervantes, I dont know which program you’re using for skinning but @BlackRider made an excellent tutorial for Blender regarding skinning. I use max myself, but regardless the process is very similar. I highly suggest giving it a looksee. Someone once told me it’s easy to get overwhelmed with skinning but fundamentally, all you’re doing is attaching one object to another. (in this case, the mesh to the bone). Hope it helps. Carry on Sir…

Read thru that nice tutorial but doesn’t carry well to 3DS Max 7. I tried blender, but my antiquated laptop that I am using here Iraq cannot handle Blender, I may need to replace it when I finally get home sometime in the next two or three months. That means unless I can find a good 3DS Max tutorial I won’t be doing skins.

That being said I have been reworking troll textures and playing with the models and these are my replacement for the standard Bioware set. 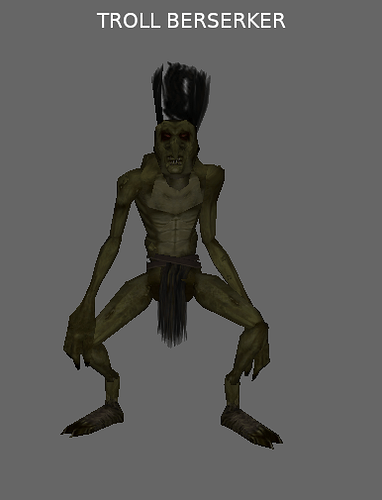 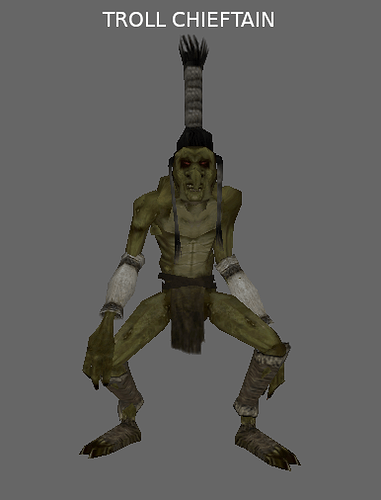 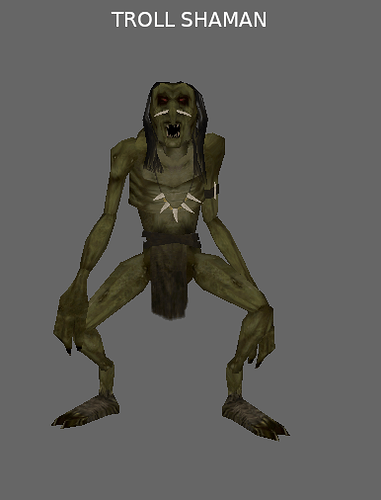 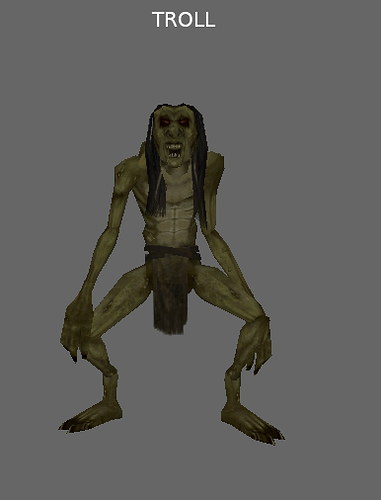 Once again I would like to get some feedback. I am working on overwriting the Orc models using Pstemarie’s (Grumpy Old Goat) great models. This model was done by ShadowM all I have done is touched up the texture as ShadowM had left alot of human color in the texture around some of the clothing and head areas as he modified a human texture for the model. Need to know what you think, is it a keeper, for me it is unless the community doesn’t like it. 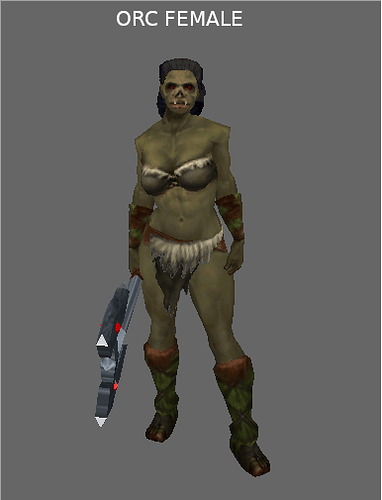 This will overwrite the basic OrcA model I went ahead and tweaked the UTC to properly identify her.

Trolls from project Q? Why no double headed like in NWN2?

Aztec2012 The textures are different on trolls and only the shaman and basic troll are from Project Q, the chieftan and berserker are based off Baba Yaga (Diademus) trolls he did years ago with Lord of Worms.

Now that I have gone thru trolls, orcs and kobolds, I am now working on the ogre overrides. I dug back into some of Lord of Worms ogres because I liked the armor he used on his ogres. I did my first overhaul of his ogrechiefA model. I reworked the feet to bring them up to Pstemarie standard in Project Q, cleaned up all kinds of stray and unused verts and tverts and adjusted some textures, which hope is a better result. I will also be tying to the full ogre animation suit that Pstemarie did for project Q. So here it is I hope you like it because I do. 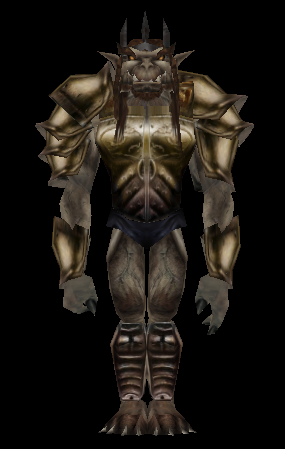 LoW’s ogres are my favorite ones!

Well you are in luck Grymlorde as I am using four of LoW’s ogres as overrides and they are all hooked Pstemarie full ogre animation set. Thanks to Grumpy old goat pointing out a simple 2DA error I was making. Here are those models all cleaned up and ready to rock in version 2. 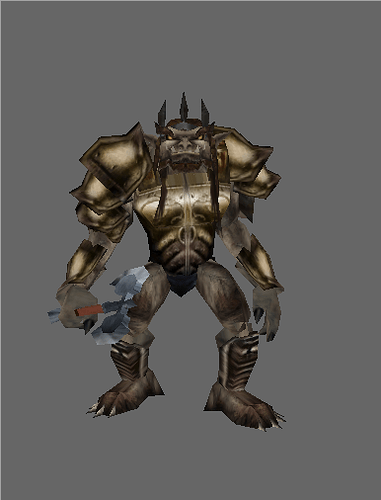 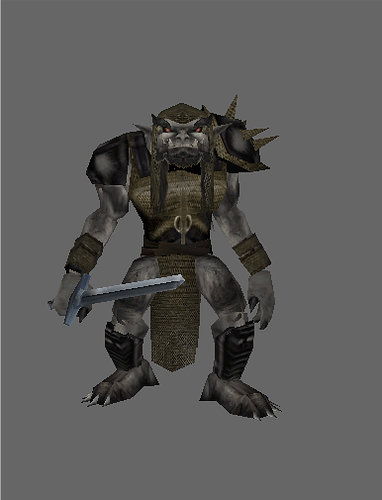 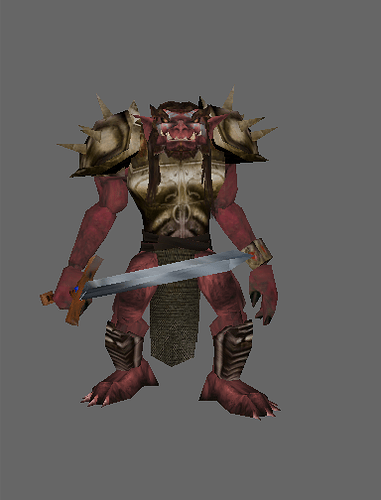 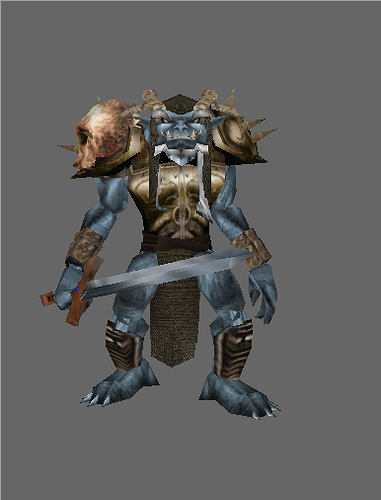 What about the two unarmoured ogres (A & B)? Wouldn’t they benefit from the Q animations as well? I do hope you give them the Cervantes treatment as well!

Alright Grymlorde you talked me into it, but I have to make models for nine ogres on the palette and LoW’s only has six. The two you want will be included and here is a preview of one of the LoW based ogres to help cover the rest of the palette. Still have two more to make damn and I thought I was close to done with ogres, but the Project Q ones are so much different they did look out of place with these. They will be included in another project if I can get to it. 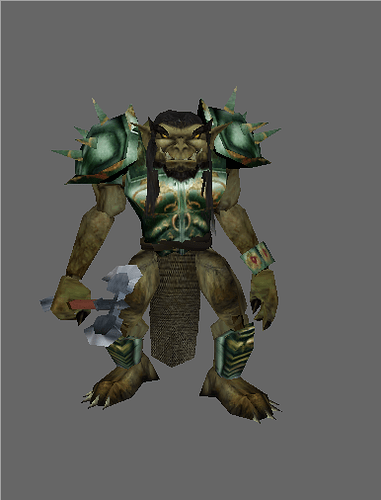 Yup, that’s pretty much how it has to be. I have a mixture of Q and LOW ogres and loads of custom utc’s to properly fill all creatures.

Wow, I must have tired last night. That last ogre won’t be in the pack, looking at it today it reminds me of an angry leprechaun, on a green beer bender, on St. Patrick’s day. The only thing its missing is a big green clover in the center of its chest plate. Wow, it’s really hurting my eyes when I’m wide awake.

So I still need three more version of LoW’s ogres to complete the palette.