Does anyone have any flying scripts which make birds act more normal (not fly at PC head height and take paths the PC would have to take)? I have the latest CEP, maybe there is one in there, but I don’t have a list of what the included scripts do.

You’re on EE NWN, right? You could use SetObjectVisualTransform to alter their Z position, and apply a CutsceneGhost effect to them so they’ll pass through other objects. They’ll still be constrained by the area walkmeshes, but it works pretty nicely even so. If you apply another transform to displace them sideways, that should get them to look like they’re moving over unwalkable terrain sometimes, too, even if their actual location is still on the walkable parts. 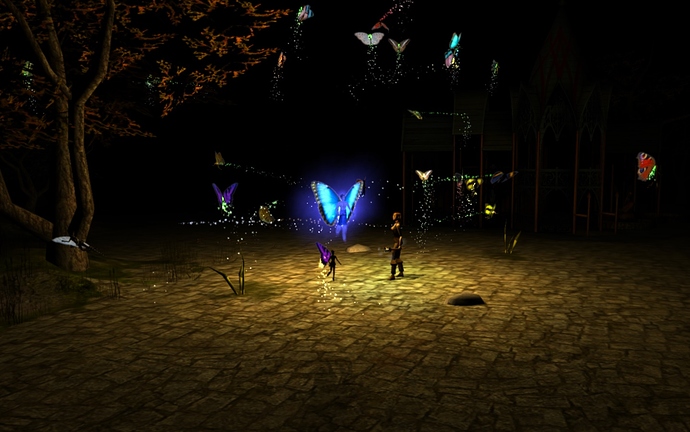 Put in OnSpawn of birds.

The Z translate is a marked improvement. They still are bound by certain tileset features (don’t fly over cliff edges) but they ignore trees and such so it looks like they fly over them. Overall it works pretty good for ambient seagulls. Me being the randomizer freak I am, I suppose I could could add a random height into a local variable which is determined on their HB script so they change heights.