Is it possible to bring in companions from different campaigns? Like bringing in Kaelyn into the OC.

not quite sure how to follow the steps there.

I thought it might be safer to pop them into an area and recruit them, but I’ll try out the utility.

I made a script that let’s you replace OC companions with whatever you want - but it does bug the Mask Campaign.

Well I have seen that, but i want to keep all OC companions, and add more from the different campaigns.

A harem would be more accurate, as i got the sexy addons working. I had a good laugh everytime the females walk around the city dressed in dancer outfits, and sporting strap ons… gawds dont anyone bat an eye??

I agree. The OC scripters should do a better job on behavioral AI regarding the NPCs reaction do sex appeal.
I feel ya, though - I once modded a PC head model just so I can play the entire OC as Ammon Jerro. Watching Ammon Jerro calmly talk to Ammon Jerro was totally worth it.

The girls even went to see Nasher in those sexy getups and the old man didnt even react lol.

Maybe should change all the greycloaks to females too…

I you REALLY wanna go that far… I’m pretty sure I could make a script that would make people react to your party… 'Cause it’s actually not that hard. I’m handling tougher stuff on the Viking Village project

I might but I think I can do that later.

I think i’ll follow this method of adding companions instead;

Is it complete? I dont really need the new comp to converse, just join the roster as a permanent member.

====
Cause I tried Universal Companion Database v. 0.9, and after adding the files to overrides the Mask campaign didnt flow properly - safiya does not appear at the starting. 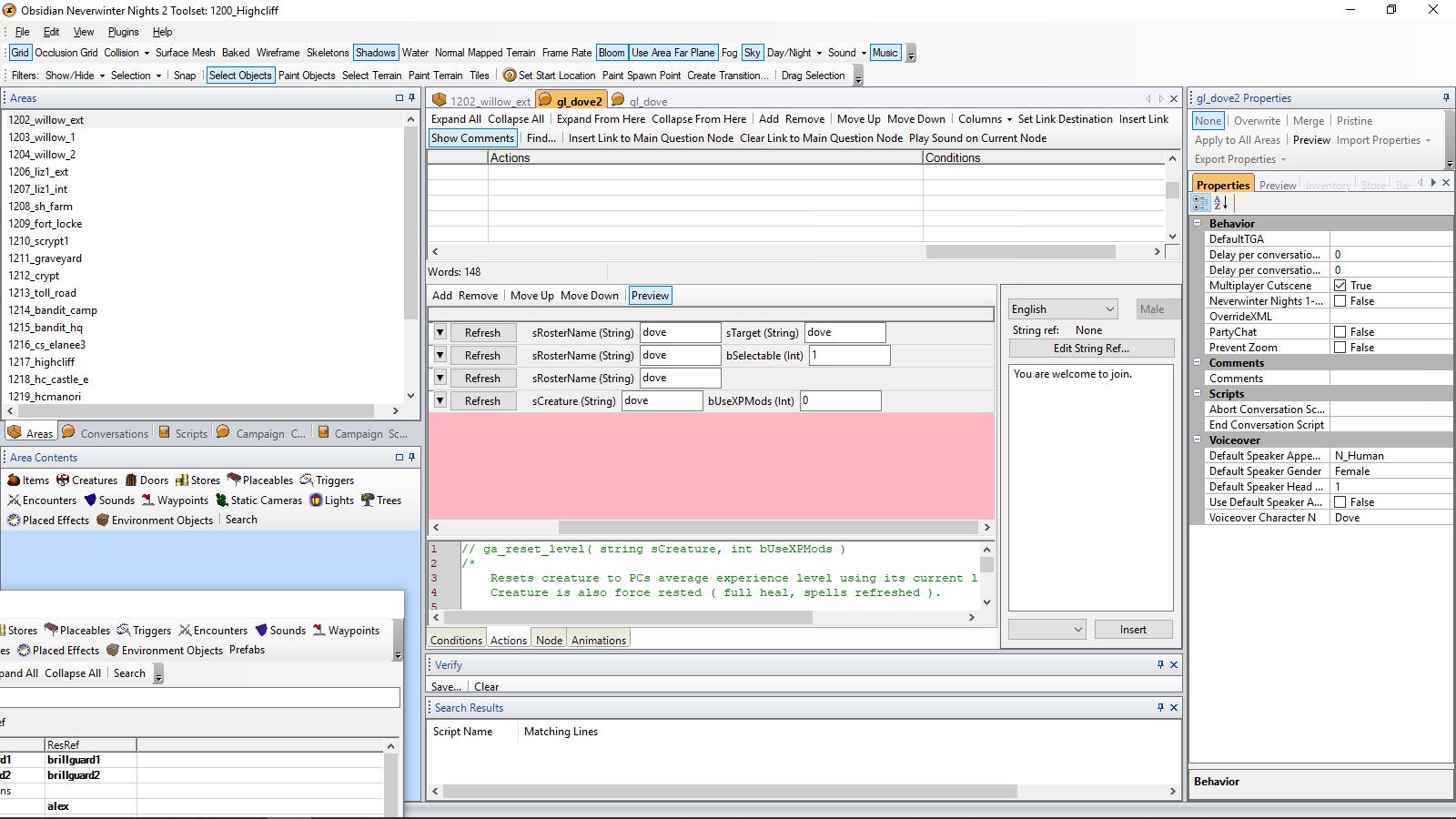 Adding the default Kaelyn into OC.