Campaigndownloaderresources.xml - What is it? What does it do? (Plus placeable.2da questions) - Now with screenshots

I am in the process of trying to sort out my placeables.2da and noted this file (campaigndownloaderresources.xml) appears to have something to do with my current “sort out”.

Furthermore, (and I mention this in case it’s related) I do not understand why I have some entries in the placeables.2da that have question marks in them, such as “plc_mc_rug_anim_??”

i.e. I found reference to “plc_mc_rug_anim” within the campaigndownloaderresources.xml while trying to understand why the “animated rug” placeable I have does not appear to render with any design either in the toolset or in game.

A long while back now (after I had downloaded and added these new placeable), I lost the file I was using to store who and where they had come from. All I can add, is that this “animated rug” appears alongside some other files to do with “water”, so either they are related, or I just lumped them together for my own reasoning.

OK, I know it’s a long shot, but can somebody explain:-

Thanks in advance,
Lance.

in short this indicates a multipart model and is typically used for animated models. You see this a lot with double doors and with player race creatures (since the head is a separate part from the body).

Thanks for the feedback … Do you happen to recall if the “animated rug” was anything to do with some of your own creations?

The weird thing is, the rug does not appear to have a missing 2da texture - just a wrong texture … I will try to post some screenshots.

I also posted the list of files that I appear to have “associated” with this particular placeable - For some reason it included some water sefs? 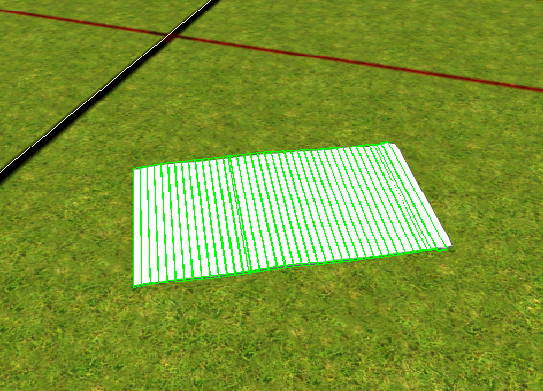 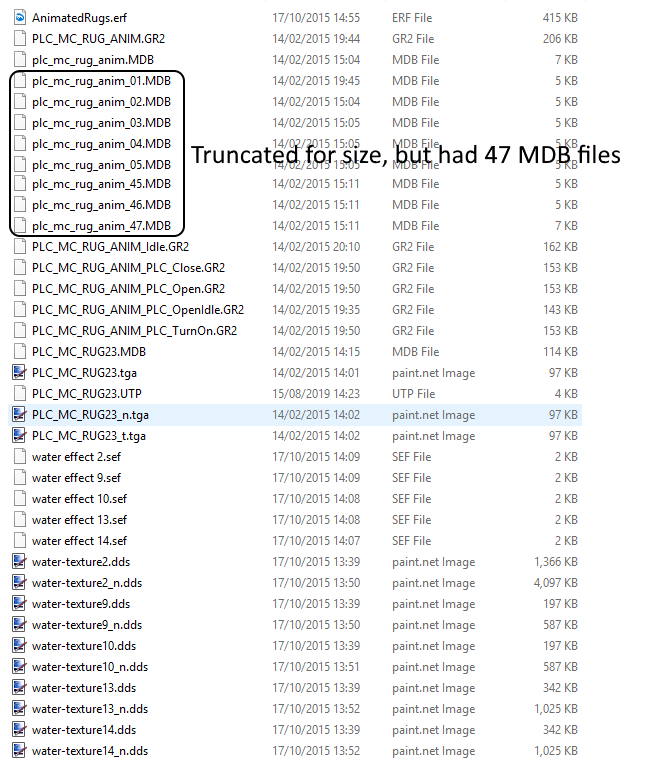 EDIT: Anyone recall where these files may have originally come from?

Definitely nothing I’ve made, I only made something animated because rjshae did the actual work for me.

My guess it that it is from something like a pack of trapdoors? If you have the placeables cornucopia, you can search for that model name. Presuming it’s in the cornucopia the file location should tell you where it’s from.

This is meant to be a “flying carpet” animation … or even possibly water movement, but I simply cannot recall how or where I got it from.

EDIT: Actually, tinting the rug colours appears to resolve the appearance. I had forgotten that may have been required. (It floats at the height, wobbling, multi-coloured now.) 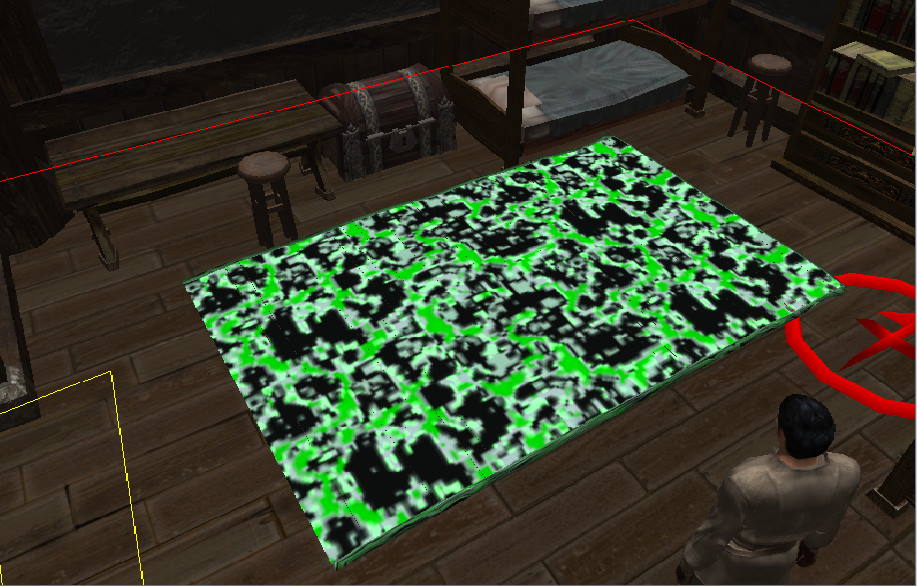 EDIT: Anyone recall where these files may have originally come from?