Can this be implemented through modding?

It has been awhile since I edited feats, but I’m not sure if the things like Ranger fighting styles or special Rogue feats can be changed. Could I offer this as an option through editing 2DAs or would I have to implement it as a new regular feat? 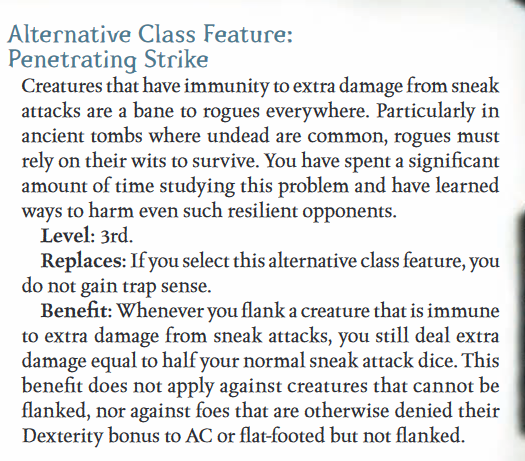 That’s basically Epic Precision, which even mentions this particular feat in it’s notes.

Type of feat General, Epic Prerequisite Crippling Strike Required for None Specifics You deal halved sneak attack damage against creatures that are normally immune to sneak attacks. Use Automatic This feat is very useful for bypassing an opponent's...

Well, I know the feat effect itself can be done, it’s nice to know it’s already in there pretty much. But I was really wondering if I can implement a selection menu upon a certain level-up like the Ranger fighting style menu or if that was hard coded. I would dig around myself, but I was making icons and coding for work all day and my willpower to dig through files is gone right now.

While the feat itself may be hardcoded, it can be made available as a choice at given levels for given classes with some 2da editing. The rough system I made allowed you to take epic feats at non-epic levels, and class bonus feat 2da are editable of course.