Includes hundreds of fixes to tilesets, floor placeables, CEP weapon feats and item feats, plus some decluttering of the creature list.

You can read the change summary here.

Here’s a progress report on the priorities for CEP 2 which builders voted on recently:

Many thanks for all the hard work that has and is being done to maintain this resource - very much appreciated and valued.

Is there any chance of moving all the Outdated files to a CEP Archive Project?

Currently, NIT takes a while to process all the files listed for the CEP Project. Removing these files, would increase the speed significantly.

Is there any chance of moving all the Outdated files to a CEP Archive Project?

I am pleased to report that I have had no issues on the WoG live server as of yet with CEP 2.68. Everything is looking good so far. I still had to maintain my own ttr01.set file to override the one in the cep2_ext_tiles (my grass is way better, sorry!).

ok now you’ve made me curious.

in what ways is it better ?

It’s really a matter preference, but I believe I am using the version from Zwerkules Override for biorural. I had to plug his grass in to the .set file to replace the cep2_ext_tiles version several years ago (back when CEP was still a slightly dead project, so folks like me were forced out of hiding to begin working on our own fixes). But I’ll let you be the judge. I’ll post two screenshots and let you decide: 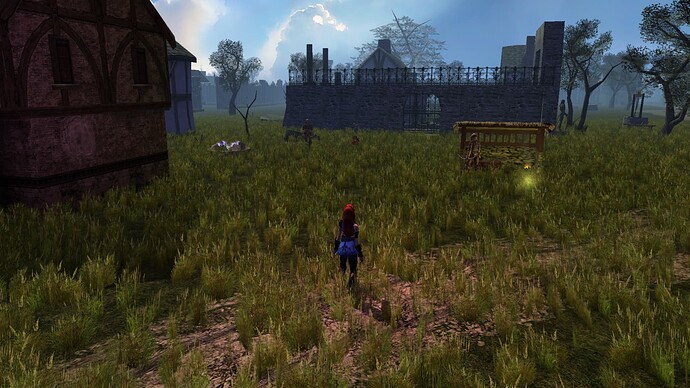 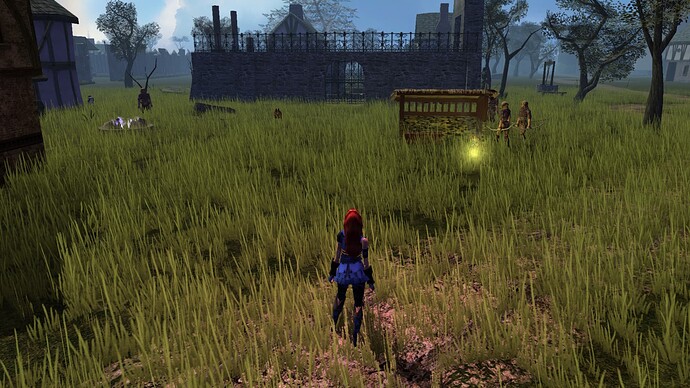 Yeah, that’s much better grass in the bottom screenshot. The top one looks too clumped together.

It’s really a matter preference, but

yes, i think you’re right about this.
which one is which ?
if i had to choose only one, personally i’d pick the one on top because it looks a bit more detailed, and i like the ‘fluffiness’ [sorry for the techspeak…

] of it.
but they’re both pretty cool, actually ; i could easily see both of them growing in different biotopes.

I use CEP 2.4 (I think? Not sure how to check it, tbh) because that was the thing when I started building. (My work goes really slowly.)
But there’s modules I’d like to play that require CEP 2.6~. Do I need to keep both versions somehow? Will adding 2.6~ mess up the stuff I have done already? Is it secret? Is it safe?

You are safe. It’s a public offering, not secret!

You only need one version. Upgrading to CEP 2.68 can only be beneficial. Everything made for earlier releases of CEP 2 (or indeed CEP1) will still work.

If you simply update the CEP 2 files, your module will be unchanged (apart from bug fixes to some CEP 2 content).

If you want to take advantage of all the improvements, add the 2.68 top hak to your module in place of the 2.4 top hak (which incidentally identifies which version the module uses). That will prompt players to upgrade if they haven’t already.

If your module has a custom top hak, with modified versions of the CEP 2 2da files, everything will work as before, but you won’t see the new CEP 2 content until you update your modified files to reflect the changes in the official CEP 2 files.

Exceptions to the above are very rare, but of course we’ll try to help in case of difficulty.

Interesting that you both have a different take, which is exactly what I expected. The first screenshot is grass zwerk uses and the one I prefer. It’s shorter, and feels more textured and fills in the landscape better. The second, the bottom, is the CEP version.
It is thinner and scragglier, and is also around waist high (and doesn’t look aesethically pleasing in the rural town settings, but looks better in a more wildish area).

But again, a matter of preference. It would be really neat if there was a toolset toggle to switch grasses (and to switch seasons!). But while this cep 2.68 related, it probably should be in another thread. Cheers!

Just not seeing it in the screenshots you posted. I agree that the CEP grass is probably too tall, but imo, it looks lusher than Zwerk’s. The grass Zwerk uses is more clumped together, almost bush-like and I’ve never been a fan of that style. To me, it’s more along the lines of what you’d see in a dry area where vegetation is sparse and tends to clump together where it does grow.

CEP 2.68 beholder extension
i notice there are various ‘types’ of tiles here [water, lava, blood, etc.]. however, there doesn’t seem to be any difference whatsoever between them, or the standard bioware tiles. everything looks exactly the same. is there some sort of on-enter scripting that needs to be done to enable some sort of tilemagic-like effect, or am i missing something else ?

everything looks exactly the same

There’s a very subtle difference. if you look closely, the fluids seeping from the walls are different colours. Blood = red, Lava = orange, Urine = yellow and so on.

Those terrain variants have been around for years - all we did in 2.68 was fix some issues like missing edge tiles.

I don’t know if this is the same case, but NWN-EE shaders and graphic “improvements” made a lot of details to be lost due to the shine and other crap. Great example are adamantine golem variants in cep, the color differences aren’t visible at all under NWN-EE. While the offending settings can be turned off, it is on by default and all players will have it on and you can’t really say “hey guys stop playing with all these new graphic from EE if you want to have maximal immersion on this server”…

I don’t know if this is the same case

There’s a very subtle difference. if you look closely, the fluids seeping from the walls are different colours. Blood = red, Lava = orange, Urine = yellow and so on.

aha! i seeee!  it’s the shading on the villi!   very subtle indeed…
thanks for the tip!

aha! i seeee! it’s the shading on the villi! very subtle indeed…

If you are thinking, that there was a bit of overdoing, then you’re right …

If you are thinking, that there was a bit of overdoing, then you’re right …

no, actually. while the utility of having half a dozen different colours of polyps is… well, definitely ‘niche’

, i love the motivation behind it. i imagine someone saw the polyps on the original and thought, wouldn’t it be neat if the ‘glows’ actually glowed!   and probably after achieving that, thought you know, it really wouldn’t take much to make them a different colour too…   i think one of the most awesome things about nwn is it continuously seems to inspire people to want to do neat things with it. as to whether that’s overkill, well, even if nobody else ever wants to use someone’s idea, there’s always the chance it’ll still serve as more grist for someone else’s mill on the way to making yet another thing that’s neat.