I have an EE module which uses CEP2 loadscreens via a custom loadscreens.2da in the hak.

Back in March, it was working perfectly with the EE Retail version of that time.

Anyone have any clue on what’s going on here?

Problem solved - turns out that the new ADWR corrupts CEP2 by overwriting four of its files.

I’ve left a note on the ADWR page asking players to install the official CEP2 and ignore adwrhak3.zip.

Do note however that ADWR 2.11 (latest version as of this writing) and below work correctly only with CEP2 files from adwrhak3.zip. Using CEP 2.65 (and ignoring adwrhak3.zip) does not break the game but causes a few gfx glitches (white area textures, observed in NWN 1.69).

Was this issue with 2.65 reported anywhere?

Clearly, TAD’s intention was that all CEP2 modules should work with it.

I don’t know really. It appears to be an internal CEP2 incompatibility that has to span several versions. The four files from adwrhak3.zip are over a decade old (from 2009-2010) if their modification dates are believed.

When I get some time I could take a closer look at the files and try to narrow down their differences, but at this stage I can only tell that the biggest offenders are in City Interior 1* and Crypts* tilesets.

These textures are missing when using files from CEP 2.65 (dockhouse map): 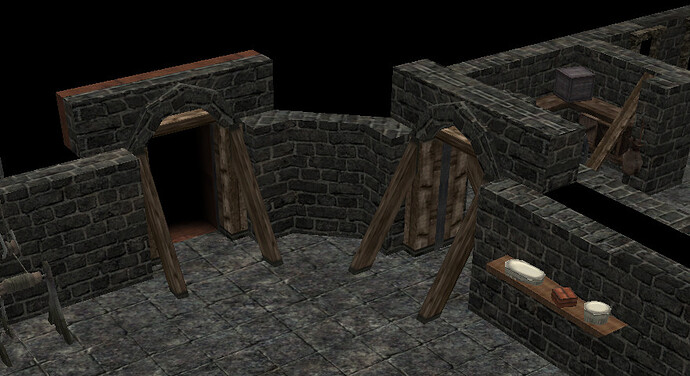 If I can get some more information on what’s going on, I’ll try to fix this for the CEP v2.66 patch as this was an issue apparently missed by TAD. It might mean posting an optional /override of the files that specifically fix the issue.

Maybe if @Proleric can give me the names of the files it corrupts.

EDIT - I found the issue (with the white textures). The CEP 2.65 cep2_add_tiles2.HAK is missing almost all the textures for the various tilesets in the cep2_add_tiles1.HAK. It looks like TAD had attempted to move the tile textures from tiles2 to tiles1 but something failed.

I’m going to do a search through my CEP source files and see if they got moved to another CEP hak instead.

EDIT EDIT - Yup, I found them. TAD moved them to cep2_core6. So, for a builder just using the CEP tile haks and not the core haks, none of the textures will appear on the tiles. 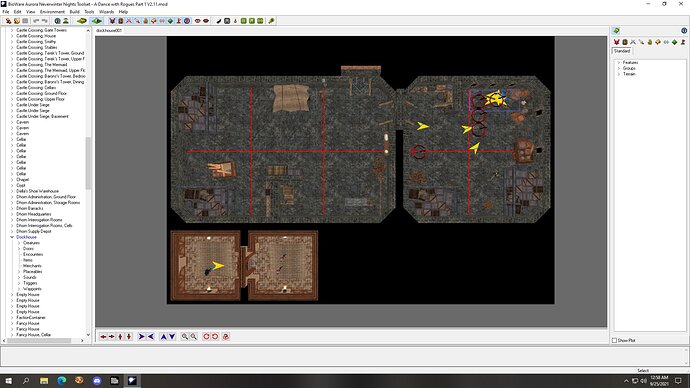 I’ll get back to you about the loadscreens, but I think they’re all fixed too after glancing through a few area properties in the toolset. Still need to test them in the module.

However, the CEP installation instructions have always specified that the core haks are “Required” not “Optional”.

So this problem would be fixed if Valine installed CEP correctly.

Yeah, there’s no incompatibility then (retracting my previous statement), but transfer of files from _add to _core repo, which would go unnoticed by those who install CEP in full.

I think Valine’s installation of just the addon CEP tiles was facilitated by the textures originally being in cep2_add_tiles2.HAK in an earlier version of CEP. When the FKY placeables (these have that tag in placeables.2da), which use CRAP tile texture for some models, were added to the CEP core HAKs, TAD moved all the CRAP tile textures to cep2_core6.

Right now I’ve got them in both HAKs and everything works good. My plan is to eventually cull the unused textures from cep2_core6 to reduce some of the “bloat” people complain about.