This is how it looks in toolset or vanilla NWN. 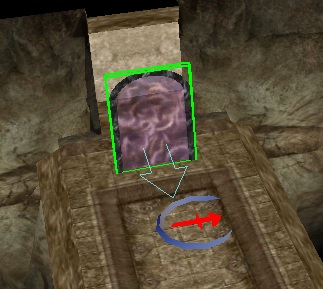 This is how it looks ingame in EE build .28. 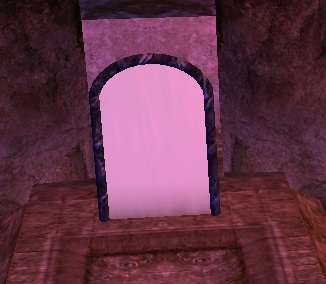 Tried to fix it myself, but no idea how. I could probably just randomly alter values in txi, but without understanding of what they do it would be very slow process.

Can anyone take a look?

btw also noticed a regression that causes “squares” or “blocks” in some visual effects. Hard to describe, will update this later with screenshot if I can capture it, but maybe someone noticed it too?

EDIT - Looks the same in Preview build. I tried replacing the portal texture with ttr01_water01 - got the same look. Looking at the rural water in game with shiny water on, the water is almost invisible. I think the portal needs some kind of mesh in between the “magic” planes so that the shiny water has a surface to interact with.

Good catch. This is happening only with shiny water. I removed the shiny water from the TXI file and it looks fine. So I guess this workaround is enough for me. Thanks for help. 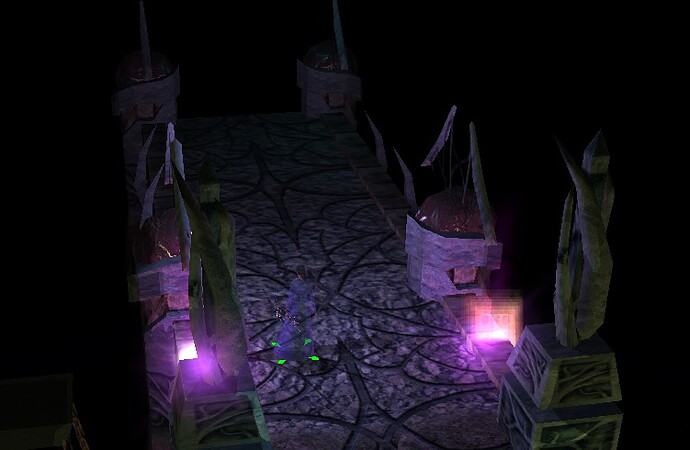 This VFX placeable is from this project: 50 Placeable VFX Portals & Sparkles | The Neverwinter Vault

The issue happens in toolset too from certain angles. I noticed this on many other vfx placeables from this pack, this one on screenshot is “[VFX] Fire_Sml_purple”, filename: “plc_mf330”.

Note: there are no txi files for these placeables. All are emitters, besides the models and 2da, the hak contains only 2 custom textures in the TGA format.

the same in Preview build. I tried replacing the portal texture with ttr01_water01 - got the same look. Looking at the rural water in game with shiny water on, the water is almost invisible. I think the portal needs some kind of mesh in between the “magic” pl

RE: emitters, I’ve seen an issue with emitters in recent builds where essentially the alpha channel “square” is showing up in game. This may be the same issue. I can see it on the detail splotches in the Rural Winter, for example, as the white snow texture seems to highlight the problem. MY last run through our action mod involved a Cleric, so I was seeing the issue in the VFX ribbons of the base game Word of Faith spell visual emitters as well.

I think the emitter alpha issue is present in the last dev build, but fixed in preview. Try your testcase in dev vs preview and see if that helps.

Dave, think you meant that reply for Shadooow. I tested the portal for him, which uses shiny water, in Preview. Didn’t bother looking at the VFX placeable.

Ug. Yes, I meant to reply to @Shadooow Sorry for the confusion.