I’ve looked at the vault, but I don’t think there is such a thing as a climbing animation anywhere, right? I can solve this situation without this, but as usual, I like new custom animations for things other than fighting.

Climbing animation are exceptionnal in video games. Even swimming is not a given. There are custom content for swimming for NWN2.

Now for climbing, for NWN2 this will prove a real challenge, there is no real Z axis in NWN2. By default there is only one level for the ground just like NWN1, Dragon Age and many Bioware game or follow up up like NWN2.

Obsidian have always been on the "weak " technical side.

Not that I know of, but I’ve got one in the works for my campaign. It’s not in the priority list, so it’s just ready in 3ds max but not exported as gr2 yet.

Alright, thanks for the answers.

@Shallina - Yes, I’ve heard of the height thing in NWN2. So sad. I just thought that maybe there was some way to do this still. By the way, I’m already using the swimming animations and they work really well.

@4760 Ok, maybe sometime in the future then we might get something like that… I know you’ve got a lot on your plate, so just ignore this. I’ll do it some other way in the meantime and maybe somewhere along the line, if we’re lucky, it will perhaps be possible. Otherwise it’s totally fine, of course.

it’s not the problem of height limit, it’s the probleme of th engine, you walk on the walkmesh. There is only one walkmesh, it’s a “deformed plane” but it remains 2D deplacement, like most of Bioware games.

Anthem is their first game full of 3D movement.

All their other games have characters that moves on a “floor” and not on 3D space, there is no “several floor”. Can’t climb, can’t dive. You walk on the stair, or under the stair, but you can’t do both, you have to choose when you make the area. Climbing would mean that you can do both.

Skyrim, ESO, WOW for exemples have movements on the Z axis.

Obsidian has always been on the “super weak” technical side of games, don’t except something in NWN2 that event the giants don’t always make. Unless it’s modded.

Here’s a follow-up question that doesn’t have to do with climbing animation, but nevertheless the situation I find myself in. So, I tried creating a walkable area on top of a tower. I know this is possible, since in my unreleased 4th module (not the same as the one I’m working on now) I use a prefabarea with a walkable surface on top of a tower. I tried with a walkmesh helper but in this case it doesn’t seem to do anything. My guess is I somehow have to raise the ground like they seem to have done in the prefab area, but I don’t know how to do this since in the prefabarea this raising of the ground is invisible (which is really good)…Maybe this is simple but I just don’t know how to achieve this: 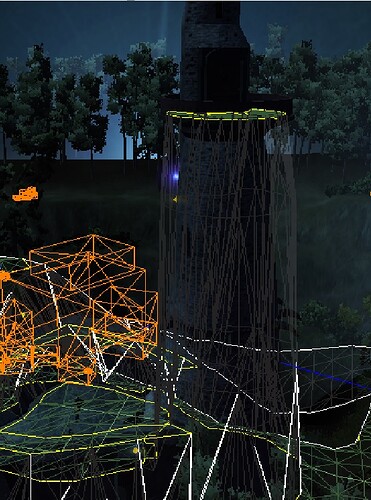 The area where I want a walkable area on top of the tower like in the prefab area: 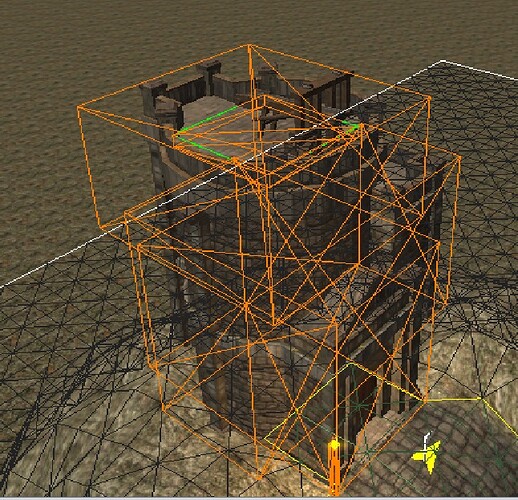 I’m not good with areas in general which is why I use a lot of prefab areas and then edit them instead, so I don’t have to design everything from scratch.

Someone was working on such animations long ago… 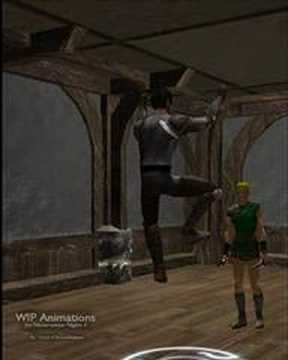 EDIT: Here’s also something similar, but I can’t find that either anywhere: 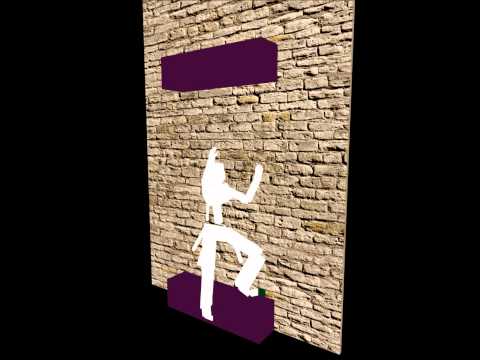 Sink the tower into a flat area and height lock it when the terrain is just below it’s walkable part then with the lower tool in the terrain tab pull everything around the tower down. Or pull everything up to make it level with the walkable bit and then tidy it up with the lower tool again. Make the tower an environmental object before baking it and make a thin double line with the walkmesh cutter in a nearly closed circle around it’s base to stop people running through it.

With the climbing animation if it’s for a cutscene could you do a crawl and play with camera angles ? But I’m guessing you want people climbing up the tower which is a bit of a big ask from NWN2 and I’d just go for the transition or jump from a conversation.

Some towers have walkable areas at the top I used one in one of my modules and just jumped the player up there with a conversation that the ladder owned.

Some towers have walkable areas at the top I used one in one of my modules and just jumped the player up there with a conversation that the ladder owned.

How can you see if towers have this? Will it be shown when just having Surface Mesh and Baked selected or…? I would thinkt that the easiest thing for me to do is to exchange this tower to some other tower? The one I have in this area is called Wizard Tower {3 - TINT}.

I’m glad you tried doing a tutorial for me but it seems a bit complicated for me since this is quite a large area, and I’m not totally following all of the steps…

I had a look and it’s a thayan wall tower that I used ( under walls in placeables ), that has a walkmesh at the top. The tower you’re using doesn’t. You can see if there’s a walkmesh by baking and looking at the surface mesh.

Here’s a cheat… Put the tower that you want in, then get the thayan wall tower, scale it to the size of your tower so it’s upper walkable bit is the same height as wizard tower 3.

Make wizard tower 3 environmental, surround wizard tower 3 with walkmesh cutters ( with a gap not joined completely ), bake it and then when the areas finished delete the thayan tower. You keep it’s walkmesh and your tower.

Ok I did it… Using Wall { thayan tower 02 ( X1)} set the scale to 2,2,1.35 overlap it with wizard tower 3 so they line up, environmental your wizard tower and bake it. You will have a walkmesh on top of your tower. Delete the thayan tower when the areas done.

EDIT: Hehe. It worked. You’re a genius, @Tsongo ! I really like the way you do things in unconvetional ways!
The only bad thing is that if I need to rebake this area (if I add new stuff) I have to do this all over again. When it comes to rebaking: If you add creatures and waypoints to an area, do you need to rebake? I almost always do this to be on the safe side but…well, it would be good to know when you don’t have to rebake. I also guess that you need to rebake if you’ve added triggers?

Just leave the tower in while you do everything then delete it after your final bake. You’ll soon know if you remembered to delete it if you see it.

I don’t think creatures and waypoint effect a bake at all because I’ve added things like that later ( especially waypoints ) and not rebaked. I’ve also replaced triggers and that doesn’t seem to effect bakes… Just leave the “fake” tower in until last.

Great idea to just leave the tower there until I’m finished with everything in the area. I mean, it will look a bit ugly when I test things, but who cares.

Hmm, this almost works, but there is one thing that is a bit odd now. I changed the scale to yours, because that was closer to the wizard’s tower. The PC teleports but he hovers ever so slightly above the ground up at the tower, even though I change scale. So weird…

I think you’re going to have to mess about with the height, maybe the thayan tower model’s walkmesh is set wrong and slightly high. You could make a whole load of them in a test module and just keep changing the start location to each tower and jump straight onto them.

I think I found the problem. For some reason when changing the size of the blueprint it wouldn’t stick. I had to try a few times to make sure it did what I wanted. Now the PC’s a bit sunk into floor, but at least the height changed. Will have to fine tune this a bit, just as you say.

EDIT2: Too bad making a walkmesh cutter around the balista on the wizard’s tower turned out to be really hard…

Edit: I see he posted videos as little as 8 months ago. /edit

The vehicle walkmesh may need to be slightly less than vertical.

Idk. Been a while since I’ve messed with such things.

I’ve got one in the works for my campaign. It’s not in the priority list, so it’s just ready in 3ds max but not exported as gr2 yet.

Now I remember why I didn’t export it as gr2: there’s still some work to be done on the fingers, and align the hands vertically (see alpha animations here)

@andgalf and this time I made sure the wings and cloaks are included!

(but still need to be animated)
I’ll finish the animations I promised you before resuming the work on the climbing.