Abishais and Cornugons blueprints in progress (models and animations already completed).
In parallel, Minotaurs, Gelugons and Hamatulas are 50% done (some animations are not yet done, and the models need some rework).

Sorry it takes so long.

Very productive week-end! Abishais and Cornugons now done, although I still need to test these new critters in game, and Gelugons blueprints are also finished.
The blueprints being based on Forgotten Realms Wiki and Gemmaline (French), there might be a few discrepancies with the 3.5 edition. But at least they’re useable (or they soon will be).

Osyluth, Marilith and Glabrezu will be next, and the pack will be ready for release.

While I was working on the scripts (some demons can summon other demons for help), I noticed that Barbazus and Lemures are missing. I’m now adding these two to the list (it will take more time, but the hak will include everything, except sounds).

The lemure is now ready (well, almost: only idle and walk animations are done, but apart from attack and death ones, I don’t see the need for more!) 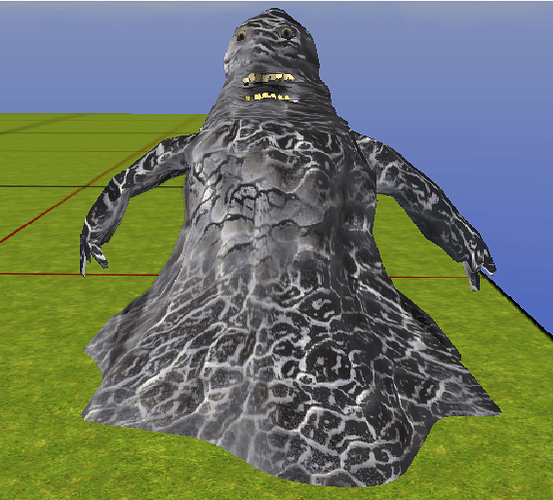 Your Lemure looks a little like the Hand Maiden of Lolth. Congratulations it looks just awful the way they should look.

Work progresses… Slowly, but it goes on.
Here’s what I’ve got so far (as far as Baatezu and Tanar’ii are concerned I mean): 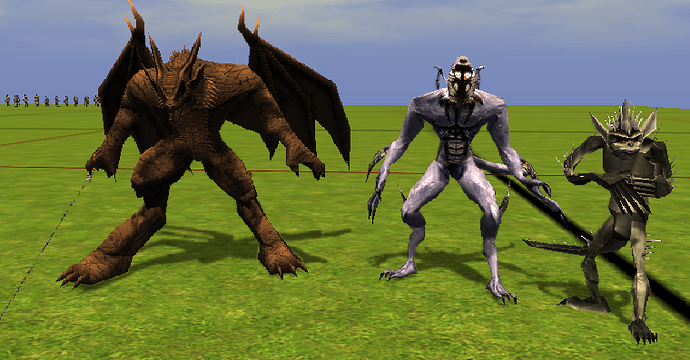 I believe minotaurs are missing in NWN2 (if I remember correctly, the way to get them in game is to add a bull’s head on a half-orc), so I figured I could as well port the NWN version:

Minotaures, NWN.PNG885×337 463 KB
Unfortunately, the models don’t really fit with the NWN2 engine, so here’s another one: 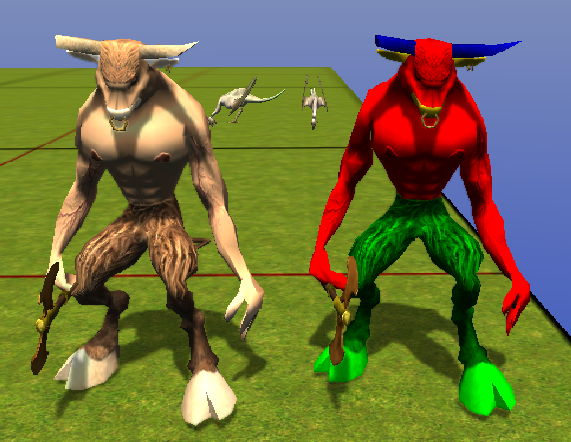 We do have dedicated minotaur models, Bouncy Rock made them. They have eaten many adventurers, but good luck telling them they need to go on a diet.

Some more minotaur variants will be very welcome though. That Cornugon looks terrific.

Hrm… retexture the “not so nice” ones to have beaks and throw on wings and you’ve got a very nice vrock-ish fiend for homerolled stuff. Yeah, I love having the options.

We actually have two different vrocks already, the Purgaorio one and the nwn1 convert one.

I took a NWN 2 cow, kept only the head, added large horns and fitted it to the bugbear body. So it will be a bugbear head variant. The advantage it allows to have minotaurs with various head by retexturing (NWN 2 has 2 cow textures).

Note that the Bugbear body is a bit modified, and if it works, I plan to replace the feet with hooves.

I have not yet rigged it and tried it in the toolset.

Initially I wanted to do that by modifying the head of the baphomet, but it’s to heavy (20 000 poly) for a monster. I have also considered using the orc body, which had allowed more body variants, but it looked too much “human”. 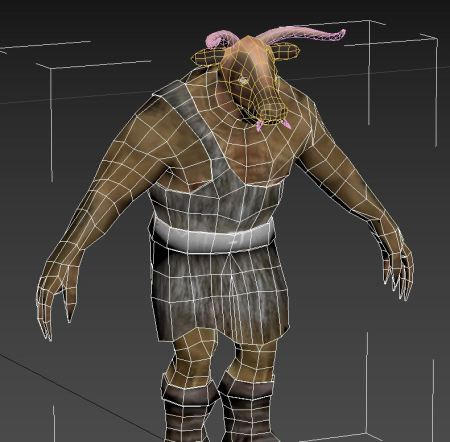 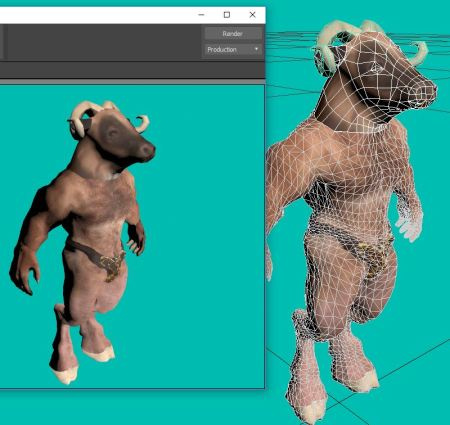 I can share the model for those who wish it.

Note : the baphomet base is a DAZ 3D model (120 000 poly) so choosing the bugbear avoid the copyright issue.

Here is the beast in the toolset. Selectable as bugbear head 2.

I will replace the feet with hooves. 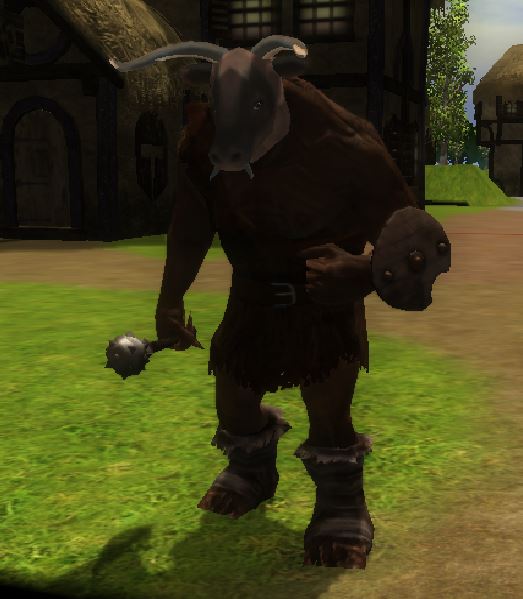 Any news about these critters now, 4760? I understand you have other projects as well. Would be nice to see this released, though.

Sure, they will be! Osyluth, Marilith and Glabrezu are not done yet though. I needed a break from these, so I started the horse riding, but don’t worry, I didn’t give up. Actually, although I didn’t test it, I scripted all the summoning variants based on the calling demon, so it’s just a matter of converting the mdl to mdb.

Same post as for the riding package for NWN2: I made some progress, but not enough to post new screenshots.

I’ve been away a while, and it seems this has hit a dead-end since there have been no updates since May. Too bad, but that’s how it is. :-/