Hi!
First i apologise if i’m not clear, english is not my native language.
I was trying to create new body parts for the elf phenotype, to make a character look like a kenku.
I have now all the mdl files, and the plt files, but i met some issues.
When i name all the parts after existing ones (say pme0_chest001 for exemple), it works just fine but i no longer have the original ones, obviously.
When i try to create new ones (say pme0_chest203) the model is present in the character appearence customization (in the toolset) but has no texture. it is all shiny mirror material.
i tried with the plt having same and different name from the mdl, result is the same, except for the head who works with mdl and plt having the same name.
Does anybody can tell me where it bugs? Or give me some advice?

Edit: Of course when i rename the files i go into the mdl to modify the names in the files too.
Edit2: i tried opening the hak in nwnexplorer and all is workings just fine for him with any of the aformentioned parameters. 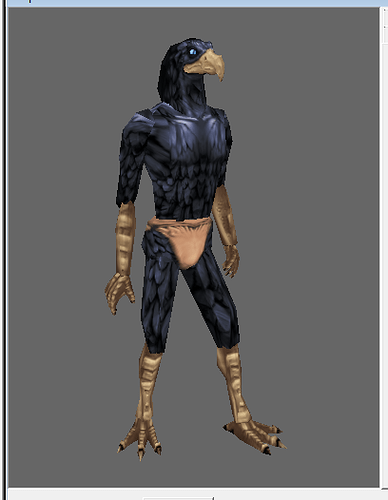 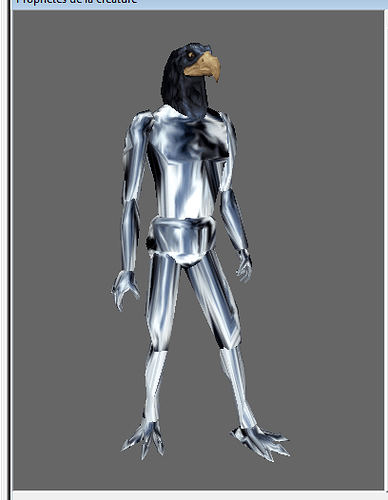 Just a quick shot into the dark: I know, that if you want to add a new robe model count, you need to add a line in the “parts_robe.2da”. There is also a “parts_chest.2da” (same for the other bodyparts)! I have not tried, but my guess is to make an according addition there, too.

As to the appearance in the list of the drop down menu of the toolset: For robes it depends NOT on the robe number, but on the ACBONUS value in the parts_robe.2da. It looks like to be the same for chests (for me - just looked at it with the NWNExplorer).

Yes, you need to add your mdl’s name in the 2da files if you want to add it as an armor part.
But it’s not necessary (theoretically) for body parts.
As i said, the mdl’s name appear in the toolset, and the 3D model appear too, as well as in the game. The only problem is the texture.

But nevertheless i tried to modify the 2da, following your idea and the result is the same.
But i have one more shiny chest armor. >_<
Thanks anyway.

Edit: if anyone could check it (or/and maybe use it, i’m not against sharing) here’s the hak i made to test
http://oryandnais.free.fr/plus/NWN/kenku_test.rar

As written, I’m not very experienced with this but I wanted to find a way to get it to work, so I tried and succeeded, even though, there are questions left. I put them at the end.
What I did:

I added this to your HAK, created a custom armor with the appearance of the new chest, equipped that on a male elf and it showed up with the texture = no “silver”. If a model shows the “pure silver”, then there is a problem with the texture eg. the engine can’t find/apply the right texture and thus shows the model without the texture.

Now my questions:
How do I make custom chest armor to show up without the parts_armor.2da and without overriding exsisting MDLs?
Can chest parts get numbers higher than 200? I could not get it to work with eg. pme0_chest203. 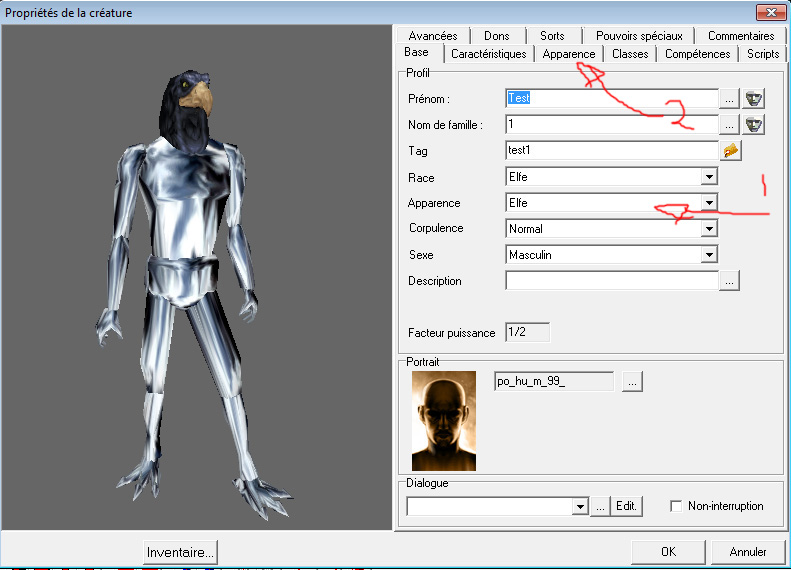 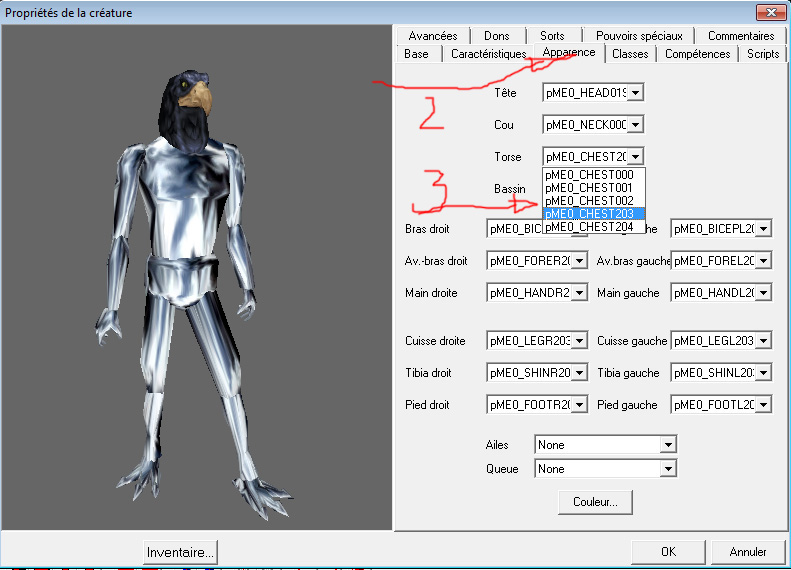 OK, I now see: You chose a different approach - I didn’t realize that! I made it via an armor, you via the apparance of the creature. Though I don’t have a solution ATM. Sorry.

EDIT: Did you try to make TGAs of your texture?

OK, got it: You have to copy your pme0-XXX.plt-s and rename them to the human variant = pmh0-xxx.plt (and add them to the HAK).

Did that do the job?

It worked! Thank you!
It’s kind of frustrating, though, i didnt even have to change the name of the texture in the mdl files, only the names of the plt files. It means you can’t do different things according to the phenotype…

Edit: And i had to make one plt file for each mdl file, despite the fact that shinr, shinl, forer and forel use the same plt…

Good to hear, that it works now. I learned something, too, so thanks for the challenge!