Let’s post suggestions for themes here. I figured I’d start with the poll winners for November 2018 through March 2019 - all of which no content was made for.

The first poll will be posted December 1 for the January 1, 2021 CC Challenge.

For the Dogs (Pets) - November 2018
Dog collars, leashes, and armor, like the equipment for horses. Amateurs/non-modelers could try making a prefab pet store or animal shelter, perhaps adapting the horse and henchman scripts to make the pets purchasable.

This theme was suggested by Sir Adril.

This theme has been expanded to include any creature that could be used as a pet - cats, familiars, animal companions, etc.

Dark Arts - December 2018
I think it would be nice to do some things for demon/devil cults and necromancer lairs. Things like mulitated sacrifices, corses in the middle of the autopsy, gruesome decorations, incomplete undead chained to wall, ect…**

This theme was suggested by Shadowing2029.

Mirror, Mirror on the Wall - February 2019
A call for mirrors and other interior decor items. Both the mystical magical type of mirror and the mundane…From funhouse mirror mazes to elegant elven couches… this is a very open theme. I would request though that we try to supply items that don’t already have alot of coverage already, such as barrels, for example. Instead, a ladies jewelry box or a table with a half completed sewing project.**

This theme was suggested by Jenna WSI.

Colonial Times - March 2019
Content that would help a builder bring NWN into the time period of the colonial era and Revolutionary War. Possible examples might be forts, cannons, muskets, clothing and uniforms, blockhouses, printing presses, and flags.

This theme was suggested by Wall3t 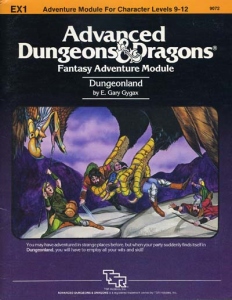 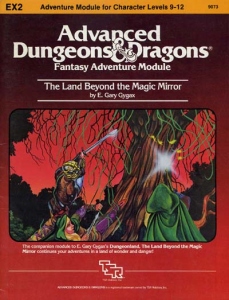 Arthurian Legend
Content inspired by King Arthur and the Knights of the Round Table.

Suggested by Jstemarie (my son)

First I want to thank you for shepherding this forward… CCC has always kept me coming back to The Vault.

Suggestion 1: Statues! There is a pretty limited offering of statue placeables, busts, and so on.

Suggestion 2: Mythological Monsters! A Cerberus sure would be nice. Maybe even an updated Minotaur. I would also certainly not complain about a Kraken/Cetus so I can sacrifice Andromeda properly.

Note: All suggestions have a (not so hidden) agenda of historical fantasy : )

As a Walled Garden is my House: walls (could be placeable, could be expanded tilesets) that would allow us to surround noble residences, palaces and suchlike with something that does not look like built by orcs or is about to crumble. Also placeable walls matching the existing tilesets - both interior walls, to subdivide, and exterior “enclosure” type walls* for more versatile, harmonius use and placing at odd places and various angles.

Tools of the Trade: holdable items indicative of civilian life - baskets of produce (I think I’ve seen that one somewhere, actually?), things like shovels or farming implements, crates, barrels or packages that can be carried by dockworkers etc., broomsticks (witch or street sweeper? you decide!)

[* I can’t remember the last time I had so much trouble expressing myself in English. My native language has different words for this and not having them here cramps my style, sorry.]

Starting on December 1, the January 2021 poll will be open and you can vote for which suggestion you like then. After that we’ll be voting each month for the following month’s challenge.

These are my suggestions, glad that CCC is back, was always fun to watch it grow.

Celestial Courts
Celestial beings of the higher planes. May prompt someone to make Biblical accurate Angel, since they are quite “popular” lately. Still, we have a lot of demonic creatures and assets on vault, so I think we could use some opposition.

Eberron
We had Darksun, Planescape, Ravenloft… let’s give our favourite magi-tech setting some love! We now have some dynamic Warforged to go with this theme, so I feel that having some placeable skycoaches or other objects related to this setting would be pretty cool.

Fly me to the Moon
Lunar themed objects, tilesets, creatures for modern, fantasy or sci-fi settings!