I am having a little trouble. I have my custom PC race working. Models are in, skins work, animations are good. They get their racial feats and all the .tlk entries are lining up.

That all being said I want the race to be able to cast identify once per day as an innate ability. I created a race_spec_fey.2da file for the fey but I don’t see a spot to link that to them. Do I have to assign this to a creature skin like I would with the player tool and if so how would I go about doing that?

I’ve done this before. What you need to do is create a new line in feat 2da for the Identify spell. You must enter the spell ID (spell 2da row number) into the the spell ID column in feat 2da. Then open up spells.2da and enter the new feat number into the feat ID column for Identify. Add a line into your custom race feat 2da and enter the new feat number. What you need to do next is get a copy of each base class feat 2da (Cls_feat_*.2da) because you can grant access to a race feat/special ability via the class radial menu. Only the classes that can exist on their own with no multiclass are needed. There is no point in adding the ability to a Prestige Class menu when the same ability already exists in one of your radial class menus.

So add a row to each basic class feat 2da that you use. It’s going to look like this:

So what this does is it grants the feat on class level 99 (which doesn’t exist in my case). It’s just telling the game to let us use the new feat in our class radial menu if you happen to have it. Since the feat is granted on class level 99 it’s technically not a class feat. you need to add one row per ability per basic non prestige class. 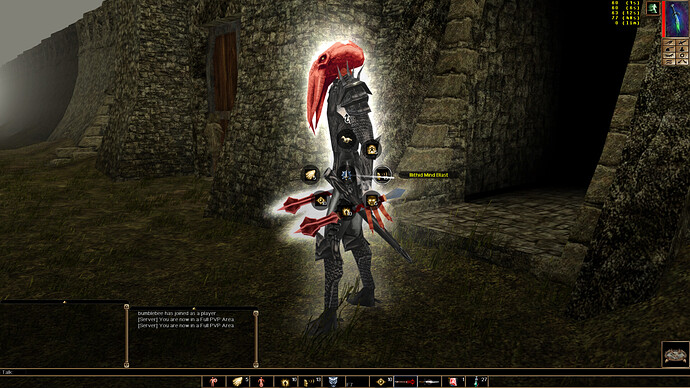 Perfect. I was wondering that but wasn’t sure if I needed that or not.

For the record this worked really really well.

I know have my Races with SLA’s working like a dream. Un related to this thread as well I have my playable minotaurs working with a natural gore attack as well (unfortunately it looks like a punch but I don’t want to try and mess with attack animations). I have been working for 2 weeks now on the core systems and races for my game and it’s just about ready for me to finally start adding some real content.