Dafena's stuff, what happened to it?

While setting up stuff needed for a module i’m working in, I found out Dafena’s stuff (like fancy heads) is no longer available.

Any body knows what happened to it?

No idea (might be my memory is going though). All I can find by Dafena are -

Custom Content Challenge: January 2018: Cultism is In! (Contains a couple of heads) and
Colour your multiplayer chat! (script)

Do I not remember her being upset by a thread in the forums? Apologies to all of my mind is playing tricks…

If I recall correctly, there were some Divinity: Original Sin content rip and other ports at some point.

I wondered about that too and just made a post about it in another thread, before finding this one. It would be a real shame if dafena left for good and that content was lost. Fancy Heads was really awesome stuff, definitely among my favorite heads ever. 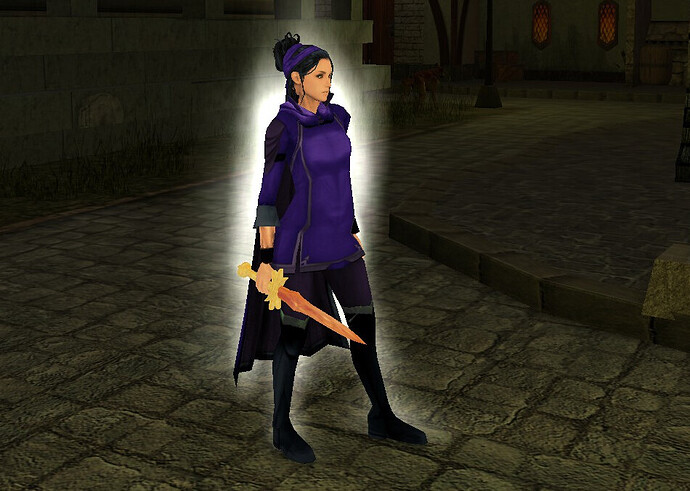 There was also the Warcraft tileset

So I’m making a little reskinning to the amazing Mountains and more from @Zwerkules with WoW textures and models to make a small server and play with friends. I’ve made some progress so why not to share it?

[3][2][5][1][4] It might take a little time to replace all the assets with new ones and optimize it, but take for sure that when I’m done, I’ll release it and hope to see some WarCraft modules!

Are there any precedents for things like that, btw? What’s the Vault policy on it? I’d assume that a custom creator is entitled to do what they please with their projects and that they are in their right to remove stuff they don’t want to share any longer, seeing that they put all those hours of work and creativity into it, but what if other creators’ projects depended on it? (Also considering that it is recommended to link to project pages instead of repackaging the required content.)

I remember Dafena also did some good work updating tileset, fancymapping/shader things. A real shame if all of it is lost!
I read that there was a conflict about something, but I never found out what was the issue.
/Pap

I remember Dafena also did some good work updating tileset, fancymapping/shader things. A real shame if all of it is lost!

Those particular things seem still available in the Steam Workshop for some reason. NW Vault link is defunct though:

Have you tried to contact dafena? He still has a beamdog forum account, perhaps you can send him a message? If that doesn’t help, I might have his email adress somewhere… send me a pm and I try to find it.

Have you tried to contact dafena? He still has a beamdog forum account, perhaps you can send him a message? If that doesn’t help, I might have his email adress somewhere… send me a pm and I try to find it.

It’s more of a general question, I wasn’t going to use any of his content publicly in the near future. I just wanted to give it a thumbs up recently and found out it was gone. But if most of his content could just vanish from one day to the next, what’s preventing other content from sharing the same fate?

It’s just such a shame, because that was some real quality content. But I’m sure he knew it and had his reasons for not sharing it any longer. If he purposefully left the community (possibly in anger?), I’m not sure how he would react to some random guy from the community contacting him about it … (I don’t really know him and have never talked to him before, AFAIK, so I guess he wouldn’t know who the hell I was.)

Still, I appreciate the offer. Maybe I will sum up my courage and try to contact him next week or so, when I have more time to dedicate to NWN again. I might get back to you on this then, thanks!

The site guideline on this is clear:

If someone has, in accordance with your content’s permissions settings at the time, created content that is dependent on your work, then please do not attempt to rescind that permission after the fact, or to prevent that use by removing it from the Vault.

I suppose there is no easy way to see what other project pages link to a specific custom content page though, or is there? (I recently thought about how cool it would be if you could see which projects already make use of certain custom content, but I guess that will just stay a pipe dream…)

You can do that by Googling

where [url] is the url of the custom content project.

Of course, in addition to Required Projects, that will pick up Related Projects and any other links to that url.

I do remember Dafena taking some heat for the heads in particular. They were supposed to be used only with a certain shader, they were too high-poly to be properly edited/compressed, couldn’t be easily re-numbered, some of them were broken, others needed adjustment, none had shadows, and the author stated they were released “as is” but they might fix some of the issues when the revamped graphical engine was released by beamdog, and once that was scraped, so was the pack. I believe the Skyrim pack also went through similar issues, and was tweaked by other authors.

That’s a shame. As a player using head overrides, I’m quite happy with some of them, and if they had stayed online, others could have fixed any issues found with them. If everything had to be perfect in order to justify a release, we probably wouldn’t have half the nice content for NWN we have, especially considering it’s all unpaid hobbyist work…

I’m guessing that none of my stuff would be on here.

It’s a matter of taste and standards. They were made to work with a specific shader and that’s why their tints are heavier/darker than those of original skin-tones. The author was VERY clear on this particular, stating they wouldn’t look as intended under regular lighting. They were also designed to work with normal maps and better shaders, so they lack texture detail. The hairs are usually feathered, meant to use alpha channels, so they look like paper strips in some of the heads, missing said features. They’re also bigger/smaller and won’t fit on all configurations of armor, or don’t fit the neck. I don’t know how or why some of them are “one-way” as well, meaning if you look at the models in certain perspectives their inner or outer faces will go transparent. They were also updated once or twice due to the high-poly count, which caused crashes in some systems or toolsets. If you play in isometric/strategic camera, you don’t have to worry about anything other than the lack of shadow, which is also a non-issue if you play without shadows. If you play in third-person mode, the issues are quite apparent, though even then I bet there’s lots of people who wouldn’t be bothered. I downloaded and fixed some of them, but ultimately dismissed their use in my modules because Dafena mentioned a reviewed and updated version would be upcoming. Unfortunately, it wasn’t to be.

Dafena removed all of their content from the vault and quit the community not for any criticism of their submissions but because one of them, a Baldur’s Gate 3 flip, was removed from the vault, this angered dafena alongside many other contributors to the site. I believe dafena, in particular, wasn’t involved with any one project specifically so when that happened he decided his activity wasn’t worth the hassle.
Felt underappreciated.

Don’t mean this to come off as dramatic but, back when I was more involved in the nwn scene, I always heard stuff like “these guys would put the community above beamdog anywday of the week” from the likes of sherincall, other well-respected members of the community, specifically nwn:ee, even though the site is not exclusive to it, at any rate, it’s a nice sentiment but we can refer to the proof to settle the matter.

TLDR: if you’re a creator that values their work beyond the process, and wants to control and maintain the resulting product, if only for some notion of dignity, then be advised to not outsource your storage and distribution to a place like the vault, or IGN, nexusmods, megaupload, etc. History tends to repeat itself.