I don’t know much about exporting and importing PCs when it comes to it, so this is an enquiry for those that do know … My main question is to do with: Is it supposed to be possible to play as a MAIN PC a PC that was an exported COMPANION (or CREATED PC other than the Main PC)?

Because when I tried to reload a game that had been started using an exported non-Main PC from module 1 into module 2, this happened … 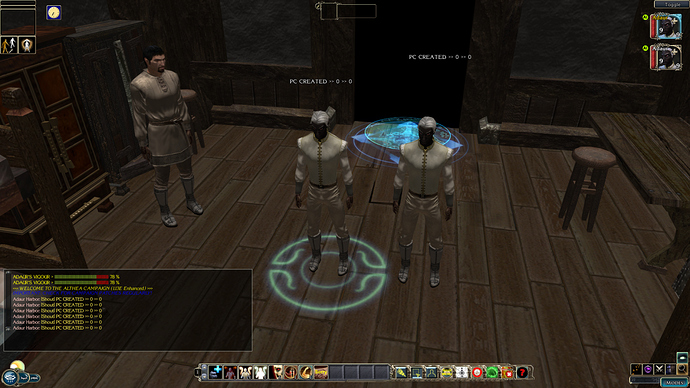 Basically, this is what happened to cause this double PC …

On further testing, it does the same thing if I try it within the same module. i.e.
Try to play a module with an exported Created or Companion PC as my Main PC starting afresh, and reloading the saved game.

Any advice thanked in advance.