I have a PW that I run for a very small group of friends. We usually play in the Northwest of Faerun, but I have begun to expand into the Baldur’s Gate area. It’s a work in progress for sure, but here are some screens so far. Rjshae’s curbs make building a city that looks like a city possible. 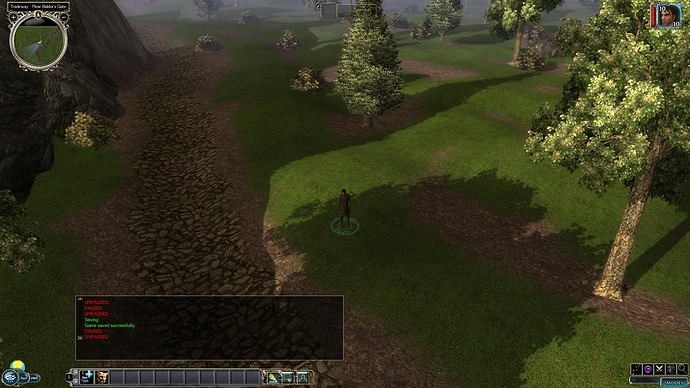 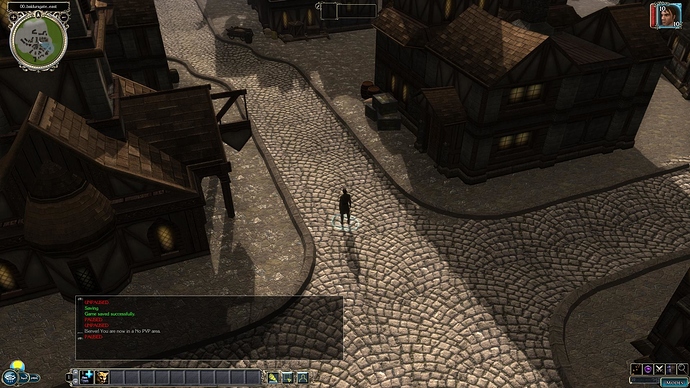 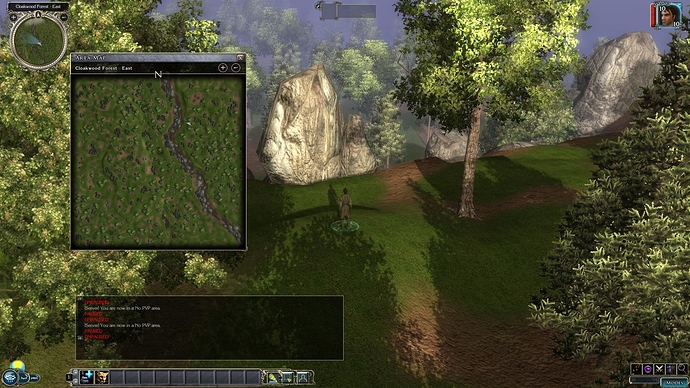 I was able to run around in the Northern Campaign a bit today. Here are some screens… The area still needs boulders and other placeables; just has trees and shrubs now. The High Road has scripted random encounters. You can encounter merchants, kidnappers, monsters, and other events that are more than just standard hostiles. 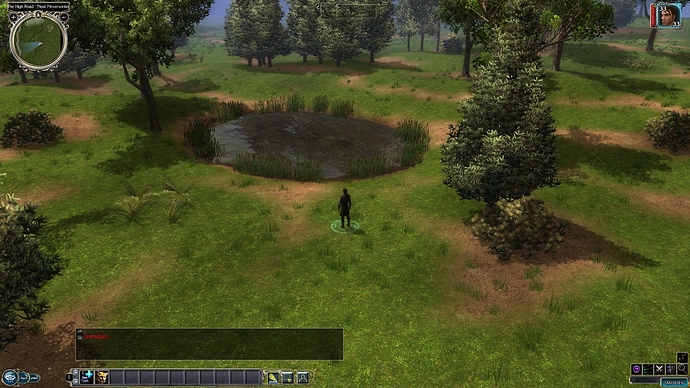 Just a couple of screenshots from Baldur’s Gate. Detailing cities takes awhile… Much like Neverwinter and Luskan, it is based on a canon map from the Forgotten Realms. 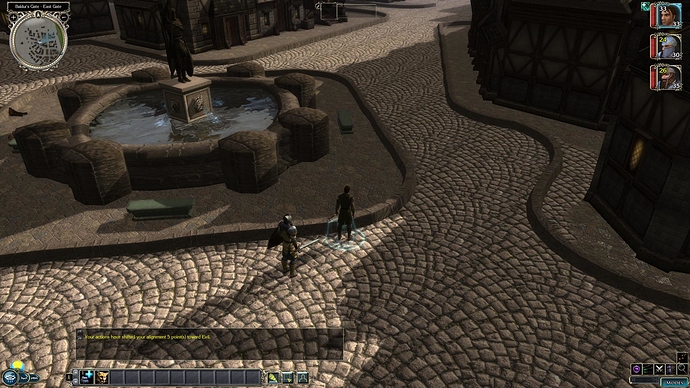 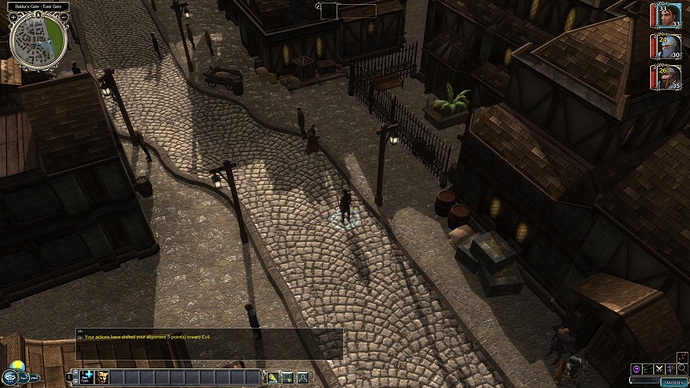 That looks great. You planning to make for single player campaign too ?

Thanks. Perhaps if there was enough interest in such a thing.

What would be more interesting to people here? A return to origins plot involving Neverwinter and Luskan? Or a city full of intrigue (Baldur’s Gate) with occasional excursions to some known nearby locales outside the city?

All of those cities are pretty much laid out already. Luskan has a pretty extensive Ruins of Illusk and the Host Tower has a few floors so far. Baldur’s Gate has three districts in the works. Neverwinter has three too; Docks, Blacklake, and Beggar’s Nest (with graveyard).

Absolutely would love to play this single-player. Luskan would be an interesting environment to play in.

I think something involving a Neverwinter /Luskan intrigue plot would be a great single player module would be great. since Luskan always causes problems for Neverwinter. I like your screen shots so any of those ideas sounds great to me.

Or an adventure visiting all three places would be interesting.

Make. It. New single player experiences are always welcome. Maybe put out something small to begin with and see how it goes

What he said. There are more abandoned ‘epic projects’ on the vault than you can shake a stick at. (Zalantar sticks included!)

Hey everyone, I have been focusing on the North lately since that has the most complete areas. I needed a break from Baldur’s Gate. I usually only get ~2-4 hours of goof-off time per week, so this may take awhile. I will try to do all three cities.

For now, here are some screenshots of recent work…

This is just a small random encounter that involves dialog. 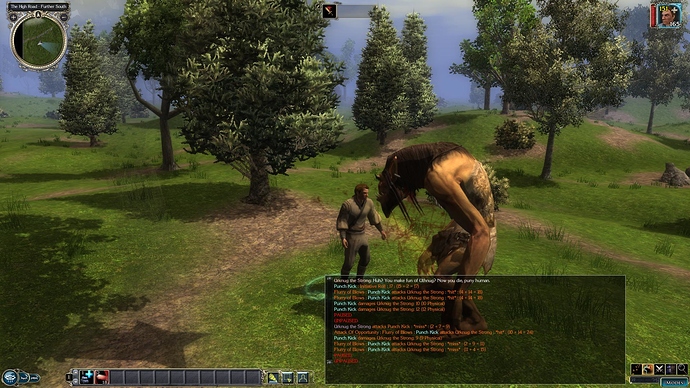 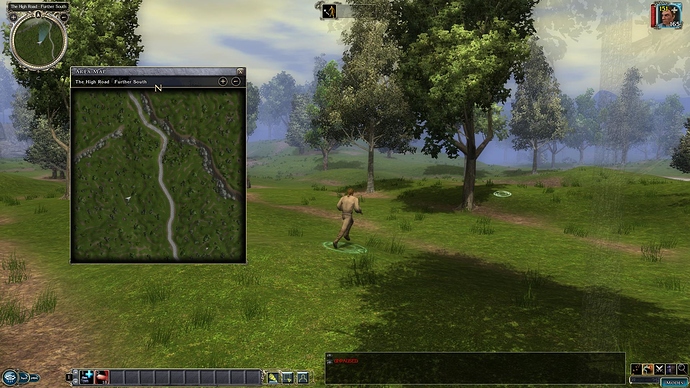 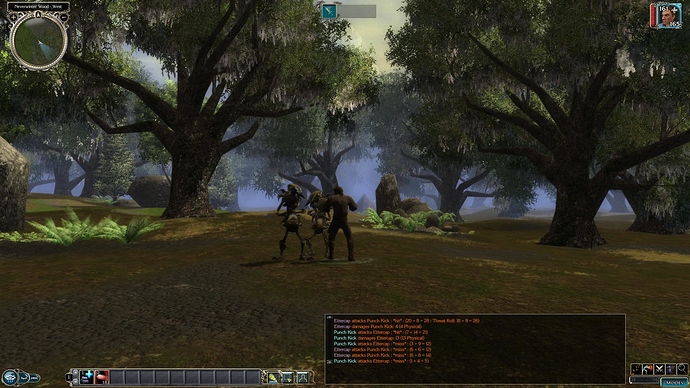 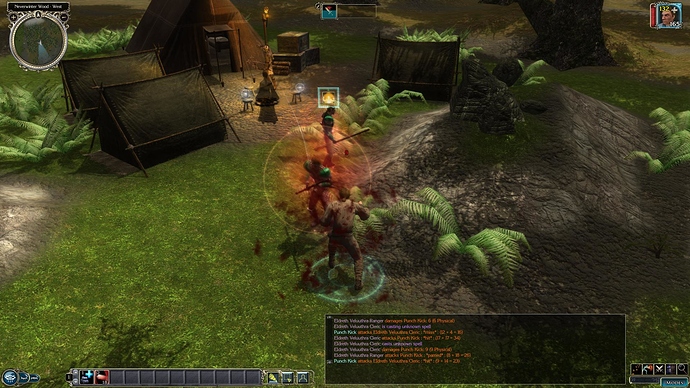 I’m adding a lot of magic items from the Baldur’s Gate series and Icewind Dale II. It started with adding some new arrow and bolt types, but now it’s going into armors and all sorts of other items.

Has scripted blueprints from the IE games.

I will take a look at that, thanks!

Here is a toolset-view of Luskan and two screenshots from the WIP Sword Coast area. 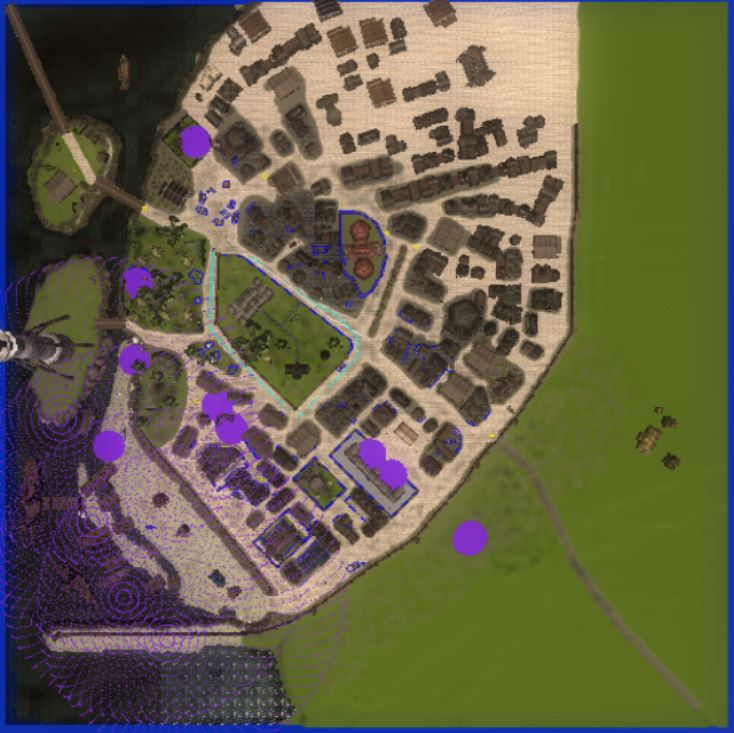 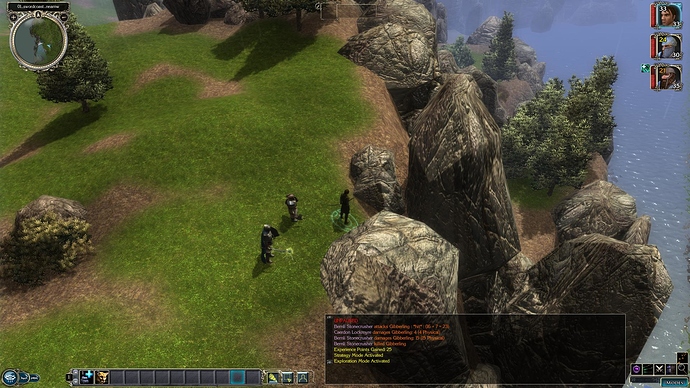 Attempting to make forests appear lush in NWN2 has never been easy for me, but it’s a start. Many more shrubs, twigs, and rocks will be necessary. It may not be easy for you but it looks very good to me. Great job!

Thank you so much for the compliment, Greenman6220!