This is probably a really dumb question, but I seem to have lost part of the user interface…! In the attached pic, I’ve added a red arrow pointing to the lower left. The three-button menu is missing and I can’t seem to find a way to bring it back. I must have fat-fingered something and before I realized what I did, POOF gone. It’s probably a shift-something or a ctrl-something, but I just can’t seem to find what. 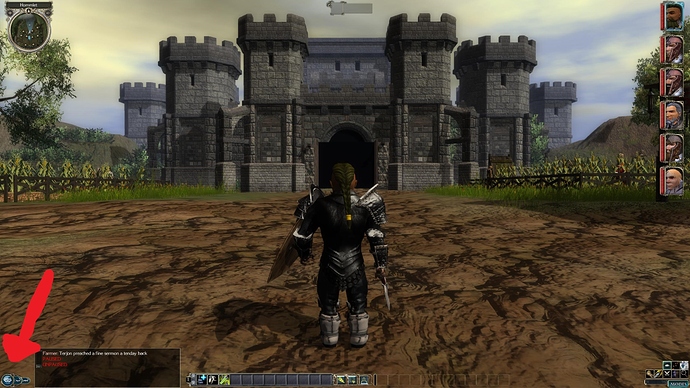 Try with H, it hides and shows the GUI by default.

i think the element is [playermenu] but not sure,

Guys, thanks for the help, but it seems this was just my own stupidity… It turns out the rest button and other icons were there all along. They were just hidden behind the quick slot bar. I must have somehow pushed it over and covered up the buttons without knowing it. In the immortal words of Homer… “DOH!”

“Of all creatures that breathe and move upon the earth, nothing is bred that is weaker than man.”
― Homer, The Odyssey

“Stupidity got us into this mess, and stupidity will get us out.”