Heartbeat not working on familiars/animal companions?

As the title says, it looks like the OnHeartbeat script doesn’t fire for familiars and animal companions. I’m quite sure the script itself works, since the SendMessageToPC information appears when I place it on a henchman.
Is there a variable somewhere that prevents heartbeat scripts from running on summoned creatures? (I’m not talking about the GetAILevel() call from the standard heartbeat script, since I wrote a specific one). 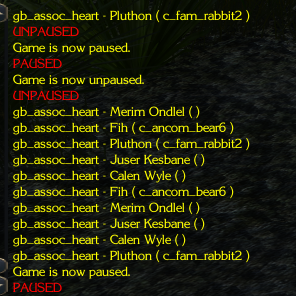 i cant think of any switch that controls this, but maybe look at Nwn2_Scriptsets.2da

Thanks a lot @kevL_s, that was it!
By the way, it looks like the last column in hen_familiars.2da and hen_companions.2da (which is supposed to allow certain familiars/animal companions if the character has the feat indicated there) only works for -1 (no feat required) and 2168 (dinosaur companion).

For the record, (pretty much as KevL says) …

The default scripts for familiars and summons are replaced when used by the player. You can have even greater control of this via the Nwn2_Scriptsets.2da by adding your own sets and calling these to work on the creatures instead. This is how I reworked quite a few of my own AI for different beings.

Example: How mine differ … 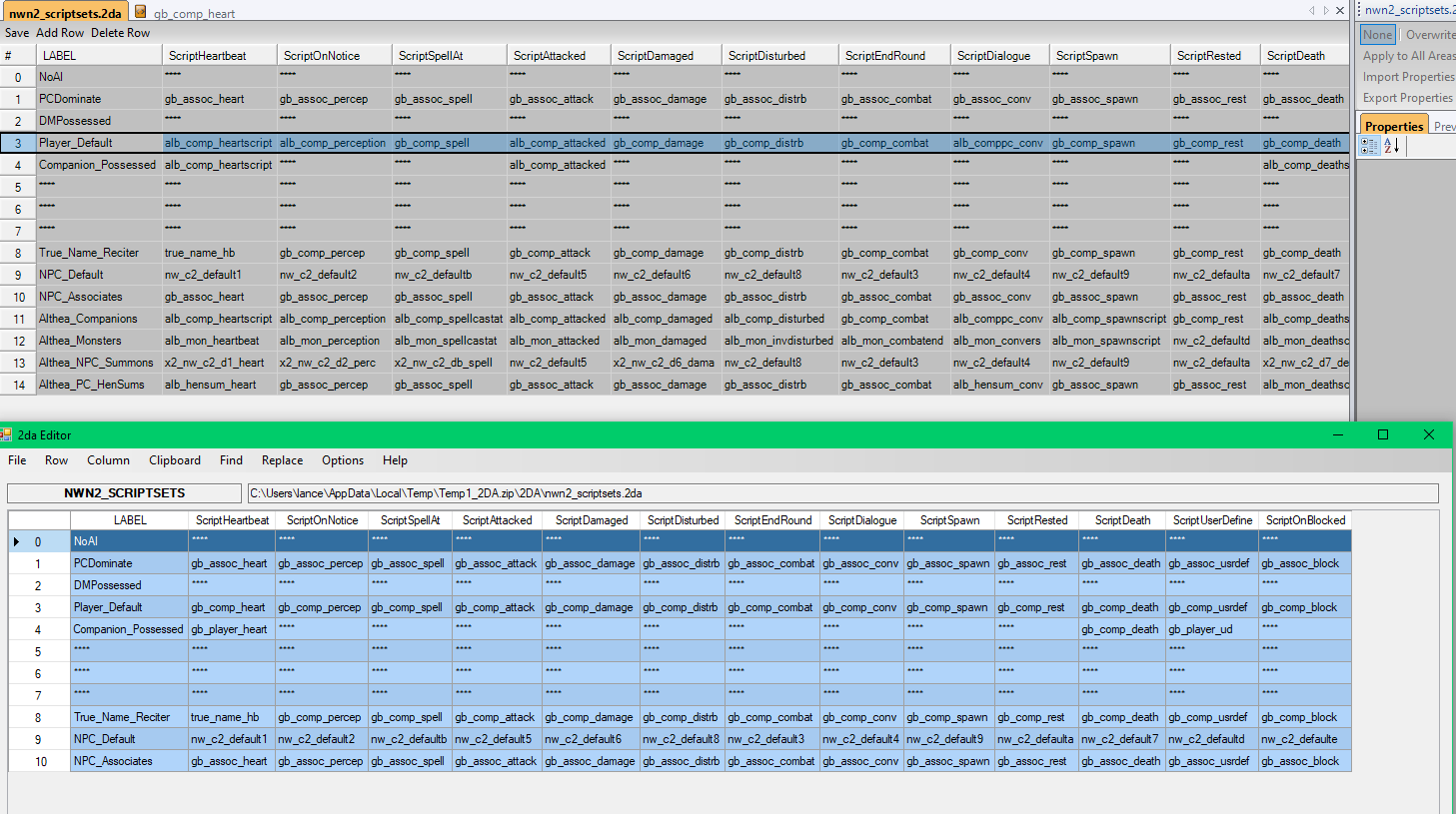 You can have even greater control of this via the Nwn2_Scriptsets.2da by adding your own sets

Using SetEventHandler (if only one script needs to be changed) or SetCreatureScriptsToSet after spawning the creature I suppose?

or SetCreatureScriptsToSet after spawning the creature I suppose?