Helmet and gloves not showing ingame

I have a weird issue. I added a helmet/hat and gloves to a new NPC, but ingame they don’t show. I get no missing textures or anything like that, but instead there is a different hat on the character. In the toolset everything looks great. I think these are from this pack: New beautifull armors, hairstyles and weapons (override version) | The Neverwinter Vault

Could there be some conflict somewhere that would cause this problem? 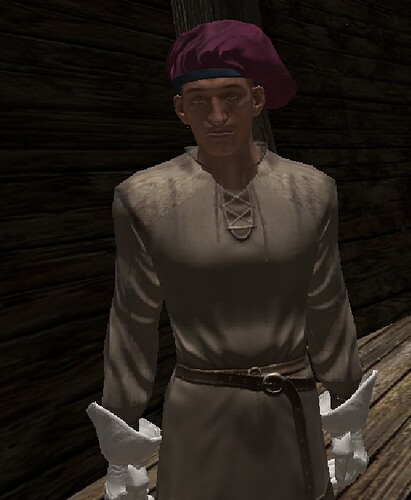 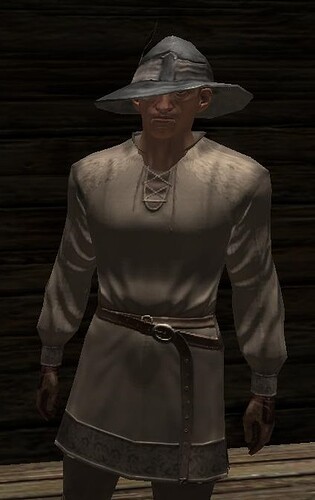 I did notice this in the description on the project page -

Please note that you may have to edit your armorvisualdata.2da file as many files have a new armour type

Perhaps that is the source of your problem?

Oh, ok. Yeah, that might be it. I’ll try it out and see what happens.

EDIT: I noticed that two of them had the same prefix, so I saved the original 2da and tried editing the file. Then the hats seen in the first picture disappeared completely. I placed the original unedited one in the override folder again, and now I can’t see/get back the hat at all. NWN2 is so weird sometimes!!

EDIT2: I went to my laptop, where I haven’t fiddled with NWN2 for a while, to see if I could get a look at the hat in the first picture again, but it wasn’t there either. It’s like I imagined this whole thing. If it weren’t for the picture I would have honestly doubted my sanity right now.

If all else fails you could make a new hat mdb file ( take a NWN2 mdb and change it’s number to one that doesn’t exist ) and include the texture files for the hat you want within it.

I’ve had this happen to me recently when running an old save. A hood turned into the same hat as your wrong one. This is after I took a load of stuff out of my override so the file’s probably missing or renamed and I can’t check with the toolset now because of what I did to the override… I think that hat’s the default one if the game can’t find the one you chose.

So, I managed to solve it, but it still really mysterious the whole thing.

Turns out, the hat and gloves from the picture are part of the hak pak version of some of these armors (for some reason I could no longer find them in the override folder, but…well, it’s pretty bonkers the whole thing): MP Armors | The Neverwinter Vault

I was lucky enough to find another picture with clues and text from where it was from (by doing some detective work looking through all the stuff, located in a separate folder on another harddrive, I’ve downloaded from the vault throughout the years) .Turns out they were to be found in the hak pak file: aeris3_mparm6 from the MP Armors. How in the name of the all the forgotten realms gods I was able to have that hat and gloves in the toolset WITHOUT the hak pak in the first place remains a total mystery. But now, after ascociating the hak pak with the module/campaign, they show up both in the toolset and ingame.

EDIT: What could have happened, now that I think about it, is that I did some loading of an old module of mine, and the new, back and forth to check some info I needed about my custom world, and I think I use that hak pak in my old module. Sometimes the toolset doesn’t update when you switch things around like that, and that may for some odd reason have made the hat visible in the toolset, although the hak pak wasn’t ascociated with my new module, but when running the new module of course the hat wasn’t there.