It has bothered me for sometime that the shields and helmets do not scale properly between races.
I have been tinkering with it for a while until I found a fix.
Changing the values of the WEAPONSCALE, HELMET_SCALE_M and HELMET_SCALE_F for the different races character models in the appearance.2da (Line 0-6, at the very top)
Now I can finally have a character head helmet and it would not look severely out of proportion when equipped to other races.
these are the corrected values… 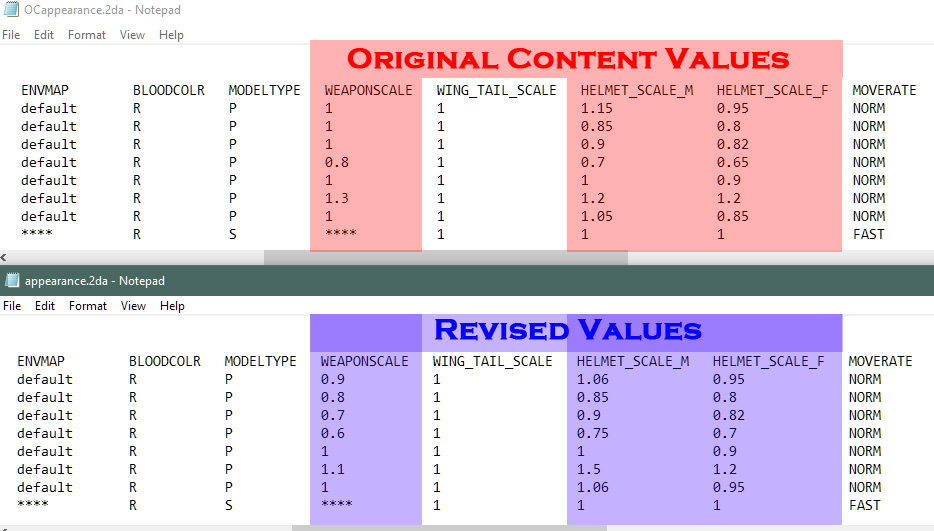 This is how the revised scaling looks, I used a human male head as a helmet and put it on all OC races.
And yes I know how “wrong” it looks to have a professor x head on a voluptuous half orc, but I bet somebody is into that sort of thing

So it you are not satisfied by how the shields and helmets scaling works. Do a bit of editing on the appearance.2DA and see if my numbers work for you

I did the same thing for helms but mine are slightly larger. I think that’s because I used the great helm as the test helm whereas you used a bald head. Otherwise, I am in complete agreement with you regarding the default helm scaling!