I just need help with this issue. I do not know how to fix.

I downloaded the CEP 2.67 and my weapons took on this new look where the weapons are shiny. Pstemarie said it was due to TADs weapons override. I can’t seem to get a hold of Pstemarie who has helped me lots…he won’t reply…so don’t know if something happened to him or he is taking a break from the community. I looked on the vault and found the weapons override and looked at the stuff for the weapons…but I can’t seem to see the same naming conventions to find in my haks to pull the effected weapons that are now currently overriding my weapons.

I like some of the new weapon looks, arrows (except on drop you no longer get the quiver - which i think is better than the one arrow that drops down on the ground)…I love the new slings and bullets, crossbows, etc…but I do not like the swords, hammers, halberds (some), etc…I wish I could pick and choose but I do not know which weapons are which (mdls, tgas/dds)…to take out…sigh I want to revert back to the what I had as I think I might screw stuff up if I start pulling parts here and there…anyone know what I need to take out that overrode all my weapons?

A long time ago I downloaded this club model I thought was cool…a long time ago when models were not so good. This club with spikes. This has been my normal bioware club model all this time…and I hate it. Anyone know the mdl name for the basic bioware mdl for the club. I overwrote this and I want the default mdl back or a better one. 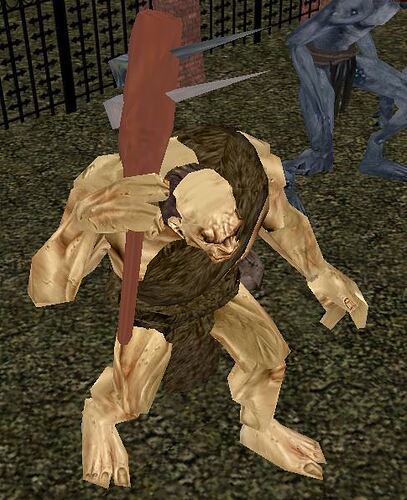 I do not like the swords, hammers, halberds (some), etc…I wish I could pick and choose but I do not know which weapons are which (mdls, tgas/dds)…

Assuming you’re sharing your work with other players, rather than edit CEP, it would be better to override CEP with the original NWN models via your top hak.

I came back to this because it hasn’t been resolved as of yet. I took your advice above and downloaded the “Custom Content Guide” pdf I found on the vault here. I was hoping to get a list of the weapon model names so I knew what the mdl name was for the “club”. I must have downloaded a base club override that screws up the club mdl in the above pic of the giant holding this horrible looking club with crappy spikes. I found nothing there that would help me other than I know the mdls start with “w” for weapons. I went through my mdls in my haks I see nothing that hints at being a club.mdl

Do you happen to just now what the base vanilla club model is called so I can remove this atrocity from my haks please.

see also baseitems.2da for the prefixes used by weapon type