Bug: it’s not released yet. 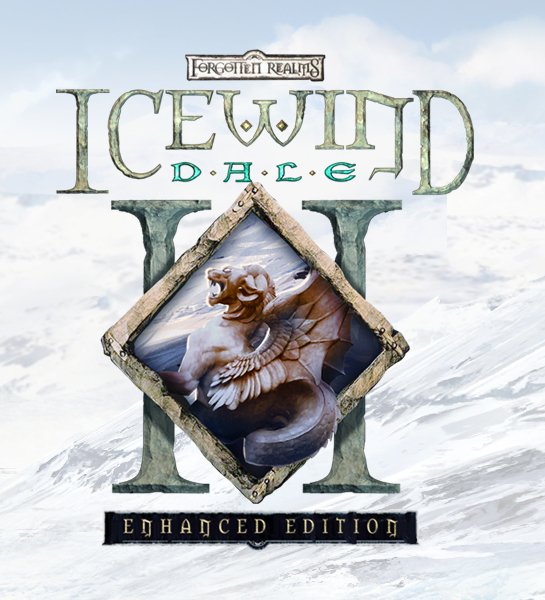 Icewind Dale 2: Enhanced Edition is here and the Red Chimera Group is looking...

(Image) People have been waiting years for this to happen.

While I am happy about this turn of events, I have to say I am absolutely baffled by the ongoing “secrecy” behind this. Apparently it’s on closed beta, you have to PM them to get the link to their discord channel and the link to the files themselves, they couldn’t just post the thing, because ninja pirates are lurking behind the scenes, stealing all their work and credit and selling it for profit, right?

You’d think that by making this open, they would get more testers, with more and faster feedback speeding up the whole process… what’s next, they’re gonna make them sign a NDA?

Maybe they’re afraid of getting shut down like all those other remakes that were legally made to by the respective IP owners.

It is normal and NWN:EE was a secret for around 2 years as well. And yes, I signed NDA.

Maybe they’re afraid of getting shut down like all those other remakes that were legally made to by the respective IP owners.

They will release to the general public anyway for free when it’s ready, they stated it themselves. So, if there are truly legal problems (but I doubt, this is just a mod like many others), they will arise later anyways. If anything, getting these potential problems to come sooner rather than later would potentially avoid a gigantic waste of time on their ends. But as I said, legal problems are hardly an issue here, at worst, they’d just have to rename it to something else like “IWD2 big modernization mod overhaul”.

It is normal and NWN:EE was a secret for around 2 years as well. And yes, I signed NDA.

NWN:EE is a commercial product made a company -that bought the rights to release a commercial product-, this one is not, it’s gonna be a free mod release made by a modding community for a game that already exists. What is exactly the point of a “closed beta” here? You see any closed beta for the mods we post here on the vault? There’s nothing normal about this. (the NDA part is clearly a joke, they can’t legally bind you to do anything on a modification of a product whose rights are someone elses…)

Oh, I didn’t read it actually

. Interesting, and that it will be free too, because this is something I would pay my 20 euro without thinking. But I guess because it is work of independent modder group they cannot monetize it, only give it an official support perhaps.

What is exactly the point of a “closed beta” here? You see any closed beta for the mods we post here on the vault? There’s nothing normal about this.

Closed betas aren’t that uncommon with projects of this scale. Especially when the target audience is a common player. Unlike the Vault where we mostly release relatively small & easy to fix module resources; actual modules are sadly a minority.

The Dark Mod community members announce and do closed beta testing all the time with their missions and it always results in a high quality product (with experienced creators at least).

While it takes some extra time, having a closed beta mostly prevents an accidental release of a seriously buggy project. The first release always gets the most spotlight and thus it gets propagated the most by 3rd parties to 3rd party websites which may make it harder to find the updates.

Quite often only your testers, looking from a different perspective, can notice something the dev team constantly misses. A selected group of testers (read: self-motivated enough to register somewhere) also always give more comprehensive reports than the general public.

Releasing a seriously bugged project in beta is not a problem, as long as there’s a disclaimer that warns the players that it’s not the final product and bugs are expected to be ripe and abundant, there’s nothing wrong. The worst that can happen is that it won’t run at all, players will report “ehi, it doesn’t run”, and the dev will get to fix it.

The final statement is nothing more than a prejudice, and even if we assumed it to be true (and it’s not), those who are self-motivated enough to register somewhere are also self-motivated enough to give more comprehensive reports than the general public even if they don’t have to register, the act of registering does not grant them magically spring them into action nor does it spawn them out of thin air, those people exist regardless of the fact that there’s a registration process or not.

Besides, even non comprehensive reports are useful, if you got 100 players telling you “X is broken, does not work” + a screenshot, that’s already useful information right there. Not everything has to be an essay.

In the end, all this accomplishes is reducing the feedback they receive, and risk creating an echo chamber of few selected individuals that will provide feedback that might NOT be shared by the general public. Ironically, it might make the final product even worse for release.

You’re right that the last sentence may not be correct or convey its message using wrong words. I disagree on calling it “nothing more a prejudice”, though. Isn’t assuming malice right away a prejudice in itself?

Anyway, “might” might sound better than “always”, because in the end it depends on the selected dev cycle. It devs feel better about letting beta testers register (select) themselves this way rather than wait for anonymous reports from the general public, IMO they should go for it.

Pure speculation, but maybe they want a reduced but focused (thorough) feedback. Maybe they need a “final” product released because they have no more time to fiddle with it too much afterwards. Or maybe they just like to be secretive about it. Who knows - their choice, their time. I’d definitely not find “nothing normal” about such it in this form.

About echo chamber, unless the testers are in direct contact with each other, there should be little risk of that. It can be also alleviated by having a dev blog where any new changes are published, publicly voted, etc. Works a a promotion tool too.