I’m trying to create a new module for my grandkids to play and have hit a problem with something I thought would be simple. To give them a rather strong party ( so they won’t get slaughtered !) I want to give them three henchmen. I took the script from the Lexicon which says that the actual number possible is much higher but it doesn’t work anyway. Script there is

I changed the number to 6 just in case the ability to summon a familiar counted in the henchmen numbers although I don’t know if it does.

However, it doesn’t work. In a clean module I can hire the first two but then the third replaces the first and I can’t get past two. With a script as simple as that I’m missing something obvious, but what? I’m no scripter but I don’t see an obvious check about number of current henchmen and even if it did I’ve set the number high enough to allow.

The script in the Action taken tab of the conversation is courtesy of Script Generator. It seems to work as the first person is hired without difficulty. I’ve also ensured that the tags are correct in each script.

However, it doesn’t work. In a clean module I can hire the first two but then the third replaces the first and I can’t get past two.

Whenever you call AddHenchman(oMaster, oHench), oHench abandons its current master and joints oMaster. You are probably doing that. Explore which “grandma” is taken and when. Perhaps the same one?

I suggest to add debug messages anytime you suspect something wonky is going on in the script:

Some remarks: SetMaxHenchmen sets per-creature henchmen count. With 6 everybody (PCs and NPCs) can have 6 henches. Other associate types (summons, etc) are not henchmen (they don’t go through AddHenchman) and everybody can have only one of these types (i.e. summons replace each other).

Thanks, @NWShacker. I’ll work my way through those suggestions.

Sorry, should have said. No triggers were harmed in the making of these scripts ! All three of these are hired through the Action Taken tab on a line of their conversation.

Tried your suggested change but then I couldn’t hire anybody. It occured to me that maybe nobody wanted to work for me

So, I went back to SG, redid the script with the hiring done by tag rather than owner of the conversation and made a new clean module with same scripts. Except this time the tags of the potential henchmen were “one”, “two” and “three”. 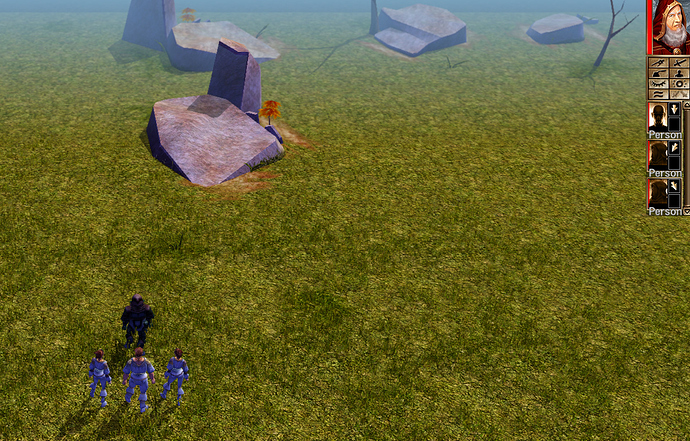 Thanks for the help. I went through everything in meticulous detail this time so you are right that I probably missed something simple.

If you ever need to perm, say, 3 henchmen from 5, a common practice is to SetMaxHenchmen() on module load, then put a conditional script in the hiring conversation which compares the current number of henchmen with GetMaxHenchmen() before hiring.

As you’ve discovered, you need a custom script, because the Bioware hiring scripts ignore these functions.

Although I see you got it working, your original attempt may have failed because it looks like you missed one of the tutorials in the Lexicon…

Controlling the number of henchmen you can have.

If you want to have more than two henchmen per PC you will need to make an alteration to the ‘HireHenchman()’ function in ‘x0_i0_henchman’ as follows (approx line 481):

should be changed to:

Then save the altered file.

After that you will need to put the following line of script in the ‘OnModuleLoad’ script slot of the modules property sheet.

The number in brackets is where you change it to however many henchmen you want the player to be able to hire. In this case 5. If you just want the two henchmen then you do not need the other script changes, just the ‘SetMaxHenchmen(2);’ line in the ‘OnModuleLoad’ script.