I have not seen any updates from Beamdog for a long time. Does anyone know if they are still working on EE and planning to do any more updates.

Thanks for any information or insights.

Beamdog is not currently working on NWN:EE, but this exists and is ever so slowly taking shape:

To actively participate as of now, you will have to join the Discord linked in the document.

It’s ashame that it’s Steam only. Never understood that aspect.

you will have to join the Discord

The link says it’s the NWNX Discord - is this build for single player, too? i.e. not specific to NWNX?

It’s ashame that it’s Steam only.

@niv Can the Steam preview co-exist on the same desktop as Steam Retail, Beamdog Development and Beamdog Retail? i.e. all four on the same PC?

Will it eventually be released to Beamdog and GOG customers?

The link says it’s the NWNX Discord - is this build for single player, too? i.e. not specific to NWNX?

Right. NWNX discord is just where the coordination happens (in hindsight, vault discord would have been better).

Can the Steam preview co-exist on the same desktop as Steam Retail, Beamdog Development and Beamdog Retail? i.e. all four on the same PC?

Steam will only let you have one branch active at a time. To have both stable and preview, you’ll need to fork one into a new location - just copy all game files to a new dir and run from there. Or, if your network is fast enough, it usually takes a minute to just switch branches from within steam. Beamdog, GOG and other things don’t matter.

Will it eventually be released to Beamdog and GOG customers?

Once it is promoted to stable, I guess. Out of the three, Steam is by far the easiest to work with for rapid iteration. With the limited dev resources, it really doesn’t make sense to spend 10x the effort to deploy every build to GOG, just to reach an extra 5% potential testers.

@niv and @sherincall Many thanks for this information and your efforts to continue EE development - very much appreciated.

Having now gone through that document I have a few observations.

First - my, your team has been busy over the last 6 months and that was quite a big read. Your updates have been quite rapid (usually less than a week between them). I’ll quote from the list and ask questions later in this post.

The build is available on Steam only. The branch is called preview, guarded with key previewpreview.

This is problematic for me. I only use steam when I have to. Example for various user-made fixes to Bethesda games that only work with the steam releases of them. At the moment I already own NwN EE on both GoG and BD. I happen to really like the BD launcher as it is fast (steam is soooo slow to launch on Win 10).

Out of the three, Steam is by far the easiest to work with for rapid iteration.

Really? I could understand that about GoG but your own interface? I have been with EE since its launch on Twitch so am disappointed that you are bypassing the Development branch on there.

Please join the Discord to get notified about new builds, and to interact with and influence development:

Although probably pointless for me (due to the above) I may do that but through gritted teeth. That is down purely to the way their security is implemented. Almost every time I try to log-in (even when only hours apart) I have to verify I am me via email verification.

Right first set of grumbles over. As I said at the top of the post, I have looked through all the updates posted to that Google Doc and thought I’d share some of the things that caught my eye (not really a tldr bullet point list - go and read it yourself) -

Now if these all work as intended… Wow.

Now three others with questions -

Does this mean that it’ll actually run on a Rasberry Pi or is the lack of a proper graphics card and the low memory of even a Pi 4 a problem? Has anybody tried it?

Does this mean that texture-swapping now works with PBR textures?

Whoopee. Something I’ve wanted for a long time and didn’t really expect to see. Kudos and thank you. I do all my scripting in notepad++ (with certain plug-ins) first so really appreciate this one. 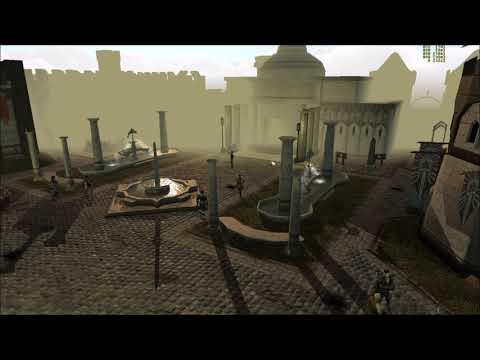 Right. On to a disappointment. I didn’t see any fixes for the vfx reversions that I’ve mentioned elsewhere before. What reversions? Try exploring gaoneng’s [ P&SC ] Pentagrams & Summoning Circles v1.45. In 1.69, this works perfectly but now has various problems since one of the later patches. Try it and you’ll see.

Finally, a couple of requests. Any chance of removing the delay that seems to be built into the display of various vfx (mainly the beams but I think it may apply to others. Also, any chance of either a new script or a modification to an existing script to allow differentiation of spell damage from other types of damage.

Last words. Thanks for continuing to work on this twenty+ year old game. Please keep up the good work.

Thanks for the feedback. We’re not looking to spread out over various venues and forums, hence we’ll stick to Discord to organise, good or bad.

We’re some of the previous EE devs, but now we’re doing this just for fun in our limited spare time. We’re not paid by Beamdog, or anyone else. We don’t own or run BDC. Eventually and once we’re moving towards a more public venue, this set of changes will probably end up on BDC or GOG, but for now we’ll stick to what works for us.

@niv I appreciate that. BTW, any idea why the sun rises in the north and sets in the south in NwN? Was it a deliberate choice, an error that got overlooked or something else?

Just a quick remark about Discord. As a former IT janitor in RL & very much engaged in security and privacy issues, I dislike the behavior of the Discord app under Windows. If I close it, it is still running and intercepting mic input and outputting to speakers, yet it does not show up under Task Manager. Not acceptable.

I interact with it via the Firefox browser, itself armored for security and privacy. This sandboxes it a bit and when I close the window, it is no longer active. It works fine there.

Genuinely curious here…if it doesn’t show up under task manager, how do you know it’s still running?

It was the fact that I could still hear the other folks talking and they could hear me, even though I had closed the application. Going into Task Manager I could not see it. I didn’t sift through all the services running so it could be that it installs a service that continues running even if the front end application is closed.

Indeed, since it needs to run and mix its own audio i/o into the systems audio streams, that may be necessary since the application itself will not have focus on the desktop when a game or other application has focus. It’s just that I would expect that once the Discord application is closed, its associated service would be shutdown as well.

I could be mistaken on that, but given that Discord works fine via its web interface, I was satisfied at that point and didn’t examine the situation further.

If you’re interested, I could test it further. I realize that past experience has made my default setting on issues of security & privacy fairly paranoid by most people’s standards. I don’t want to denigrate Discord if it isn’t justified.

Having brought it up, I had to go ahead and understand what was happening. I did a bit better at finding information with a web search this time. If you close Discord by clicking the “X” at top-right of its window, it goes into the background and puts an icon for itself in the system tray.

To exit app completely, you must press alt-F4. Apparently, this is a Windows thing, so one really cannot blame Discord for it.

I’ll keep using it through Firefox, though. If nothing else, I can let Firefox keep track of the password for me so I don’t need to remember it nor look it up in the notebook where I keep all those magic words of internet power.

It’s actually a discord setting that I guess is enabled by default.

Thanks for the info, @Daz

What Daz stated was my understanding as to how to completely close Discord.

@Dustin_Offal when you said it still was still open after closing it, I thought you may have stumbled upon something as I’ve often wondered myself many times, and with many an app, if some actually do not close out completely when you close them.

Indeed, I’ve mostly demonstrated my lack of knowledge of Windows here. The alt-F4 thing was news to me.