I downloaded this Chromatic Orb scroll set from here on the vault:

When I go add the pic for it I get the following below where the correct pic is chosen for that orb but in the chest it looks like that below (blank) and in game it defaults to the default scroll look and if I hotslot it it goes white in the hotslot. 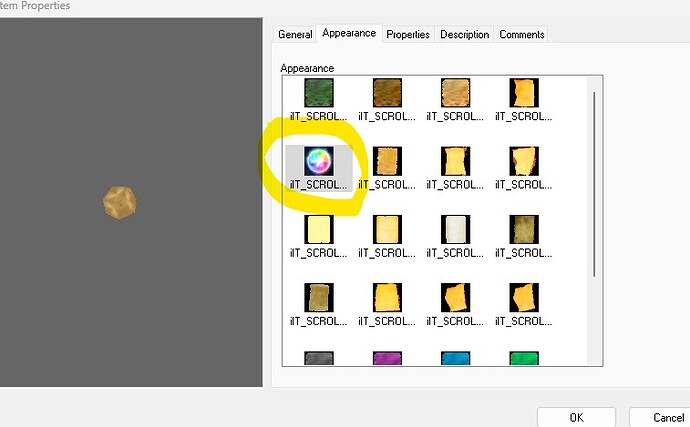 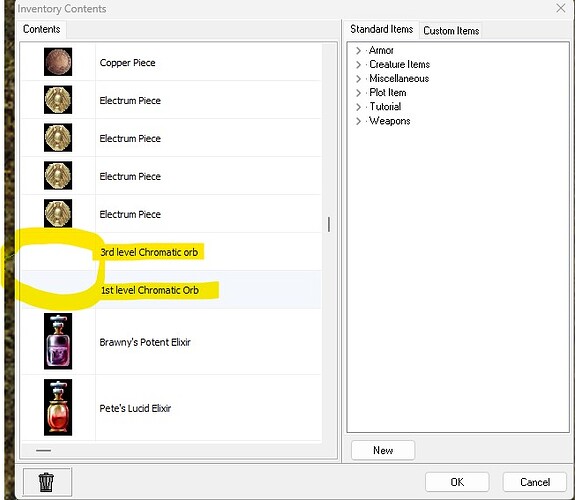 I wonder where you got the picture, it’s not within the mentioned download. So you need to update all the blueprints from the package with this picture.

No I made that one myself. The bland pictures for scrolls I did not want to use.

I also had to look at the scripts and see which each did for damage since no descriptions were put on the scrolls he released. When I updated the descriptions those worked, but not the pic.

Having re-read your comment above…you mentioned “blueprints”, but all that there was in that vault release were scripts and the scroll items. So which blueprints? Shouldn’t just changing the pic in the toolset in the items category for each scroll then saving them not work (keep the pic you chose)?

If you take a look at the mod this vault entry comes with and place in the start area a chest and put these scrolls in the chest…you will see that they have no pic…what is causing that? So it’s not my module being the issue. Somehow it will not keep the pics of the scroll.

Blueprints are the “scroll items” in the palette to the right. Before using them to put an item into a chest, you need to edit them and attach the picture.

Yup I did do that. Try it. Add another pic from the item’s choices for scroll pics. Use the sample mod.