Description: A Cerberus sure would be nice. Maybe even an updated Minotaur. I would also certainly not complain about a Kraken/Cetus so I can sacrifice Andromeda properly. Non-modelers could script spells and special abilities used by such creatures, or perhaps a prefab area such as Medusa’s lair.

I have Cerberus in my Big Sack or Bag of Unfinished Projects… Good excuse for me to get him out and give him some love and attention - because he’s rubbish at present. All three of him.

Might have some time to do some other creatures as well, but I’ll definitely get Cerberus done (even though he probably needs to be reworked from scratch.)
PS:- I assume we’re not confined solely to Greek myth, as all the examples mentioned are?

Sticking with the Greek, how about maybe modifying the harpy model into a siren, another half woman half bird creature. Or perhaps just improving the harpy. Then there’s the Ray Harryhausen version of Jason and the Argonauts. What about a script to emulate the dragon’s teeth? When these are scattered on the ground skeletons with shield and spear are summoned. From the original Monster Manual there’s Caryatid Columns (look at pictures of outside of the Parthenon).

Or how about the classical loops of a sea serpent big enough to sink a ship? Maybe a mermaid or 2. Grendel and its Mother from Beowulf would be another choice. A Wood Wose maybe?

From modern times there’s the Yeti/Big Foot of course. Take a left turn into the realms of urban myths. What about a very large Alligator/Crocodile for placing in a sewer.

That’s about it from the top of my head.

Special Mention:
-Fafnir, the Half-Dragon who was transformed by his greed for the gold of the Nibelungs

For my first foray into making some CC, I will attempt to make the following:
-A Sword of Sharpness (script) This shall be handy for slaying the creatures appearing from this submission!
-The Minotaur’s Horn (script) Fail a contested discipline roll when striking a minotaur or other opponent of your desire and suffer 1d8+str gore damage, ouch!
-Cerberus’ Extra Heads (script) Fail a Reflex save when Cerberus strikes you and watch in horror as it makes another attack roll to bite you again. Heads #2 and #3 are kind of slouchy and won’t go for a bite unless #1, or “Oney,” scores a solid hit first.
-A Mirror Shield (script) Or actually just a modification to the petrification gaze so that a PC using a specially designated shield doesn’t die. From petrification, anyway.

I think it would be pretty great to see a Quetzalcoatl, maybe a Chinese Dragon, throw in a Tengu… lots of mythology out there. I am just obsessed with the Greek stuff

Here’s a little thought for you. While updating the catalogue I stumbled on an interesting little statistic -

This is Challenge number 100

Anywho I’ve got monsters for days on the backend. I’ve had a Nixie idea for yonks that I do need to just throw out at one point, and outside of that I’ll see what’s down in the folders as there’s probably a manticore recolour coming just because I don’t like the orange of the default. If I had a servicable seal animation set I’d try to get a Bunyip going…

Just to save you some time, there’s already a “fresher” manticore, here: 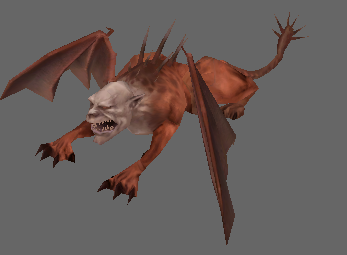 I’m remaking the giants (parts based, using my own parts) to be more proportionally accurate
(but mainly because I hate the duckwalking ones).
I’m starting with Frost giants. They have normal human animation. Does this count? 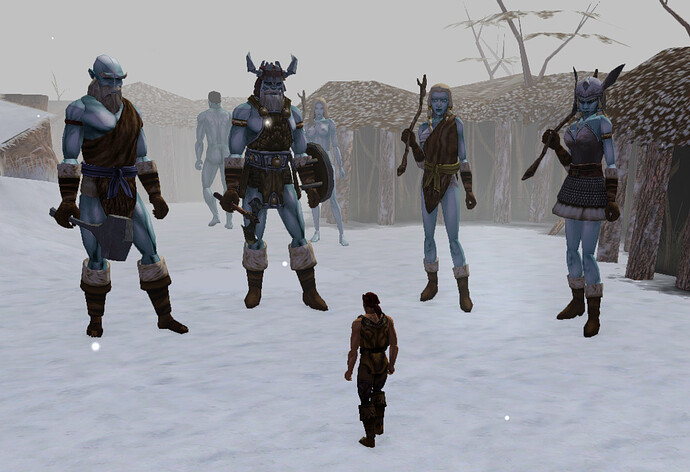 The naked ones are base. They will not be included

I was just waiting to see if any dismally nerdish pedant would point out that the Kraken was mentioned in the top post and I said all the creatures there were from Greek myth…
Only no liquescently nerdish pedant has picked up on that.
So I’m going to have to have a pedantic go at myself…
The Kraken is not Greek, it’s Norse - and isn’t even mythological since it’s pretty much completely obvious that’s it was simply a description of Architeuthis, the Giant Squid, which is known to come into shallow, coastal waters off parts of Scandinavia and doubtless gave numerous Vikings a serious freak out. Some of them evidently lived to write it down.
Why the Kraken was put into Clash of the Titans in place of Cetus I have no idea.

Anyway, aside from that self-blatting pedantry, I’m just confirming that Cerberus will be entering the Crufts Dog Show - no, I mean the CCC this month. Have dragged him out of the Unfinished Pile and dusted him off. Not quite as much of a flea-heap as I thought, should be able to work with what I already have and he’ll be a bit more unique than the enormous three-headed Warg model masquerading as Cerberus back in the old CCP.

Pliny the Elder - I already did a “Cyclops”, see the screenshots on the PHoD Ancient Greek stuff page - though the model is, I think, actually on the PHoD Spleen Creatures 2 page. Also old Cyclops in the CEP and someone - forget whom offhand, sorry - did a group of assorted new ones.

I’ve also already done the Nemean Lion and the Stymphalian Birds for my Greek series - can’t recall if I got round to posting those… I’ve got one of the Furies, Alekto, as one of my PCs too.

Be thankful that I didn’t suggest Charybdis (sometimes spelled Karybdis) and Scylla or their rationalised versions (whirlpools to rival the Nordic maelstrom). Pedantic enough for you?

The Kraken is not Greek, it’s Norse - and isn’t even mythological since it’s pretty much completely obvious that’s it was simply a description of Architeuthis , the Giant Squid, which is known to come into shallow, coastal waters off parts of Scandinavia

Not only Scandinavia apparently. In 1874 the first Architeuthis was recovered whole (previous specimens were only partially recovered) when it attacked a small fishing boat off Nova Scotia and during the second world war (1942) a life raft was attacked by one which took one survivor and attempted to take a second.

I have it on semi-good authority the Kraken originated as a regional variation of the hafgufa, and similar living island creatures. It was a bit of a mysterious thing that drew fish to it and was worth fishing over, but by fishing over it you ran the risk of it surfacing and sinking your boat. A far cry from the modern kraken to be sure

Thanks but I’m not actually interested in a cerebus - I was merely posting the description of the challenge to go with the thread.

If I get the time this month, I might make a prefab monster lair.

I will confess that I discovered Hades about halfway through developing The Rhine and it proved to be a terrific source of inspiration. CGL of Hades is in my mind one of the strongest of any game I’ve ever played. If I end up settling with just one Fury, I will probably go with Tisiphone… you know why!

What terrific and awesome splendors! Although I have not yet opened up the actual contents of the hak to gaze in wonder at the 52 spleen creatures of PHoD Spleen Creatures 2, that Monoptae screenshot is absolute nightmare fuel and a must-add for any self-respecting place-of-eternal-torment. Many, many thanks for the tip and for making it!

Please make also:
A) model with one/two head/-s cut off
B) models of 3 smaller Cerberi each with the different head
C) throw in a script that “separates” cerberus into 3 cerberi after reaching 10% health

No bricks were harmed during writing of this suggestion.

Uh, Werelynx, o tufty-eared suggestion maker… In what universe, exactly, do you think I have that amount of spare time?!
I’ll think about it.

But, depictions and descriptions of Cerberus in Greek myth vary considerably; like, the whole “between three and fifty heads” thing for a start - on a NWN polycount, not going to happen. The whole “giant monster bristling with serpents” thing? Yeah, kind’ve a serpentine bristling animations issue or two there - so I settled for weird spikes… But, currently more the Guardian of Gmax than Guardian of the Underworld… this is the state of the pooch so far… 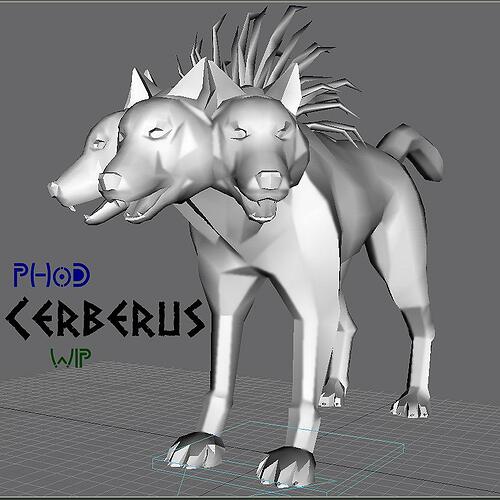 PHoD Cerberus830×830 93.4 KB
SO totally didn’t want to just use the square, blocky BioWare Wolf head, so, of course, I’m now wallowing in polycount issues from Avernys, grappling freakish new animation glitches despite mostly using the standard Dire Wolf anims as a base and - wait for it - the unidentified, eerily improbable errors of senseless and fundamentally inexplicable mystery. Yep, I hate those.
The PHoD Cerberus is NOT just going to be a polycephalic Big Dog, but a true Titan-born monster. But he may also be late. The way things are around here at the moment, I don’t know if I can squash all the issues with Hellpup before month’s end… Still, here’s hoping…
7 Likes
acidchalk January 11, 2021, 8:55pm #19 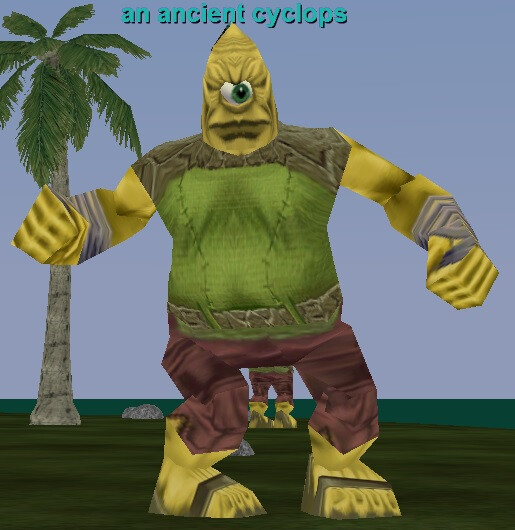 TBH, I don’t think porting a model from another game into NwN is in the spirit of the challenge. At least not without improving it in a modelling program first.