Has anyone converted KEMO animations to work NPCS? I’d really like to pull out the salute to chest for the legionaries. I looked quickly at the code and it seemed doable but I haven’t had any time with the end of the school year coming upon us.

They work with NPC’s now.

The animations are tied to the skeleton, aren’t they?

If you want support for Gnomes & Orcs 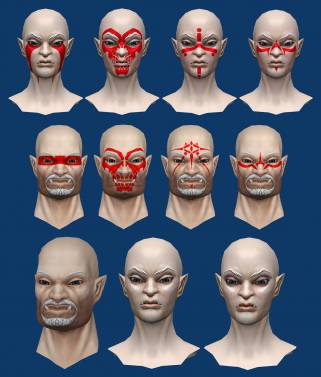 AH good. As I stated I didn’t look too closely yet but once next week is over I can start rolling up the sleeves a bit more.

Hmmm . . . well I couldn’t figure out how to adapt KEMO to NPCs after looking at it (using V2). More specifically how to include it in a conversation as an action.

Of course I did figure out that the salute_2 was only for females so that wouldn’t work anyway.

UNLESS you use cuilv’s Humanified series. He’s now working through the half-orcs.

You will need to probably write a custom script on the conversation Node that plays the animation.

Thanks . . . I tried to work it out from his module but no success so far. As I said though, the fist to chest animation is for female only so it might not be worth the effort right now.