After numerous attempts at trying to make tileset light and placeable lighting work - lights off in the daytime and on at night, I finally came up with a workaround that appears to work 100% of the time.

This code handles one light source. You can make it handle multiple lights by adding a for loop in the “if” and “else” statements, searching for “LIGHT_”+INT and “F_LIGHT_”+INT respectively.

So, what’s the benefit? 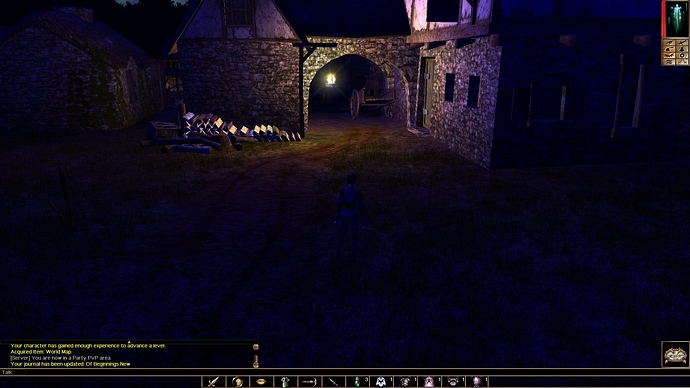 Nice, I already did this a long time ago for my HR base 10.75 including with all sorts of colors and did a write up on it. I also included some flare options. Thanks for reminding me I forgot to include the flare options in other releases after 10.75 so I will add it back in in my next release. I have not experienced any crashes with RecomputeStaticLighting and the new fancy maps or it not consistently working. Good luck with your project.

I like this idea. For my own PW I’ll probably fire it as a psuedo heart beat from the OnEnter event as folks often linger in areas long enough for the day night cycle to change. Just a few checks added like - Is the light already created and its night = do nothing … and Oooo, its daytime now = destroy the light. Heck, it could even be adapted for NPCs that wander out when fired to light lamp posts.

Wow! After going back and doing some more recent test, RecomputeStaticLighting function really sucks now. It give all sorts of weird shadows when working with multiple lighting sources that I do not remember it doing way back in the day. I hope the new render engine can fix this or a fix to the function.

I added an OnHeartbeat to handle day/night transitions that occur when the PC is in the village area. Rather than check GetIsNight() or GetIsDay(), I opted to use GetTimeHour() and set each check to an hour after Dawn/Dusk. Using GetIsNight() and GetIsDay() my son was getting a brief hiccup in his FPS on his ancient PC.

Yeah, its a mess.