Starting in 2003, we found Neverwinter Nights (NWN) was a good base from which to start, as it includes PLAYER and DM software as well as a solid TOOLSET that allowed us to build our game world which now features 1337+ areas your PC can visit, including more than 100 areas that are ‘blank zones’ that DMs dress-up to simulate locations not otherwise built-into our nwn game server.

We enhanced the ROLE PLAYING aspects of this game with many custom features. One of our premiere tools is our IMMERSION TOOLS - a two part toolset that enables PLAYERS to record a backstory for their PC, and both the DMs and the game itself reads from this backstory to enhance game play. Our DMs ‘get to know’ PCs quickly, and you may find a PC involved in adventures to rescue kidnapped siblings, or visited by a grandfather’s ghost (and yes, your PC looks a lot like they do).

We have added over 100 spells from D&D to our NWN server, spells including Wish, Wall of Ice (melts too), Blink, Liveoak, Rope Trick and more! We have enabled additional modes of movement including FLY, SWIM, CLIMB (both with and without ropes), SWING (from ropes and vines), JUMP and SQUEEZE-THROUGH-TIGHT-SPACES.

Every class and race is boosted a little by means of RP based interaction with the world around them. The full feature list would run to pages, but rest assured, your favorite class or race is better here. Rangers, Druids and Barbarians can track, find and use hidden trails (enable their party mates to use them too in their presence), scavenge for resources in the wilds, assess the flora and fauna in an area, and more. Rogues can act as grifters, extortionists, burglars and more! Your PC can hide in things, climb trees, craft amazing items (even smokebombs) and gain XP by numerous means including exploration, RP (IC chat and emotes monitored by script), certain IC actions as well as the usual monster slaying. Arcane casters can detect magic and will find a whole new world of magic open to their exploration. Divine casters are also enhanced to enable even custom uses of Holy Symbols (varies by Deity).

PLAYERS are free to play solo (a great way to get to know the game controls, your PCs capabilities and even explore the world some), but the game really is meant to be a sandbox for DM and PARTY. The sandbox features an excellent ‘jumping off’ location; the city of Dohral where all starting PCs find their ship diverted to in dire need, driven by storms and damage to the craft requiring repair. Why have the gods brought you here? Perhaps the coming days will reveal that, for now, a strange city and stranger lands beyond it lay before your PC.

We have several DMs active presently, in time zones from eastern Europe to several USA time zones. WE ARE SEEKING TO RECRUIT MORE DMS.

You are welcome to join us anytime. We operate both NWN and NWN:EE servers.

If you would like to read more about the NWN game server we built, see these links. 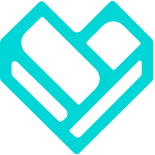 The Aerthen Realms servers includes the City of Dohral (ARCD or'Arc-dee') a Neverwinter Nights server vault persistent world that offers more than 1337+ Areas of adventure. This project is (originally) detailed in two wikia pages located at City of...

If you’d be interested in visiting, I’d be happy to guide you on a tour of our tutorial area (dubbed “Noob U.”) where you can get some free gear, up to four free levels (optional), and examine the game controls without imperiling your PC (death is nerfed in Noob U.).

Free smokebombs for you if I see you on the server.

Be well. Game on!