Round 17 here. I have had so many bugs in the NWN2 Complete Version from GoG it’s crazy. Now I’m trying to play SoZ and I’ve already got a bug. I am on the Lumber Camp quests. After talking to the gnomes they gave me Disturbances and Pesky Dinos, and they won’t talk to me anymore until these quests are done.

The issues is, Disturbances is not working. Multiple guides online say to leave the lumber camp and rest until dusk on the world map, then come back and a ghost will appear near the downed logs. I have even seen a video of this happening. The quest itself says to come back around midnight. I have tried resting until dusk and even advancing time via console until midnight. I have left and come back multiple times. This event with the ghost is just not happening, and thus, I cannot progress. Any help would be appreciated.

I don’t think you have to leave the area and return. I’m pretty sure you just have to go outside the camp to North of the fence. I can check, but not for about a day

If you can upload the saved game, perhaps we can take a look at it directly and figure out better what is causing the issue

One of the guides suggests that only two of the three side quests have to be done. One completed side quest has to be Jiggle the Handle. Only one of the other two side quests (Disturbances or Pesky Dinos) have to be completed before you can continue.

Not sure if that is a fact.

I cannot upload a save file. The site that someone gave me before (Tinyupload) says the file size is too large

Axe, I have the dinosaur claws for Pesky Dinos, but I don’t have nor do I remember having a quest called Jiggle the Handle. Regardless, like I said, the gnomes wont talk to me anymore. They say something to the effect of come back when I’ve done the job. So I can’t complete the Pesky Dinos quest either.

This other site worked,

It seems to work for me, and I didn’t even have to do the Pesky Dinos quest.

What I did was the following:

first I spoke to Dall Nickleplate to advance the quest 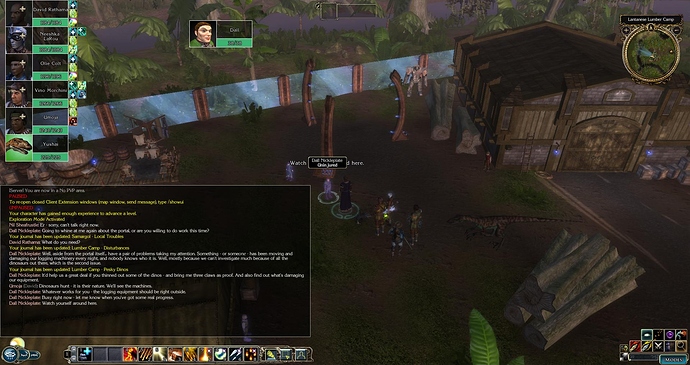 Then I moved outside to world map and waited till dusk

Then I entered camp again, and spoke to the npc near tent that asks you if you want to rest, I rested and woke up at 23.

Then I went slightly outside of camp (but still inside the area) to fight the ghost, when the ghost is defeated, speak to him to advance the quest 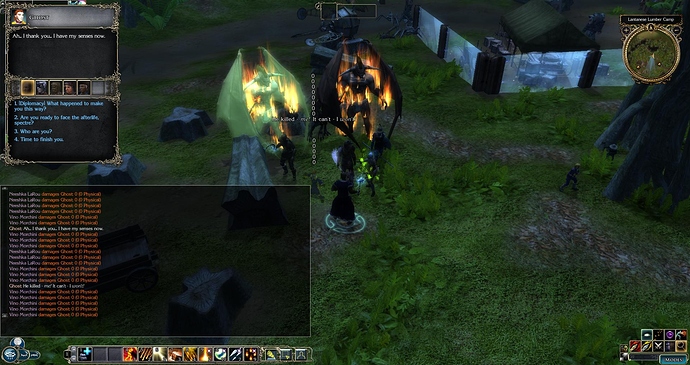 Then go to the mound and retrieve the lost body 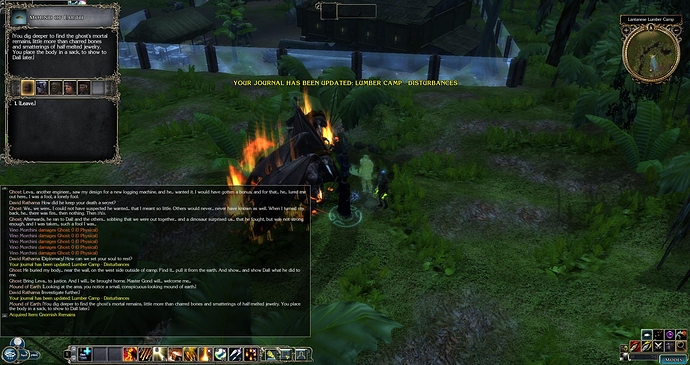 Return to the main gnome npc to progress the Disturbances quest, at this point he just tells you to go back to Sa Sani. 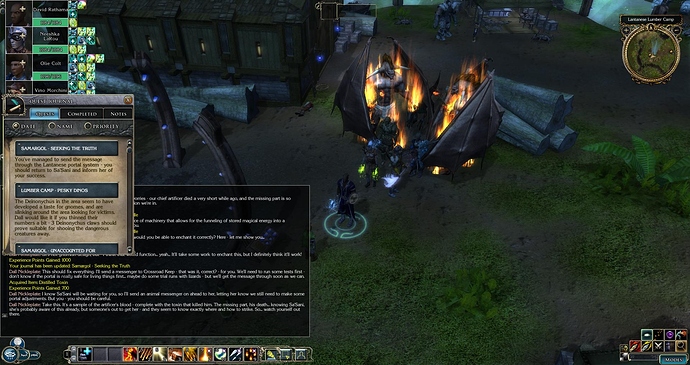 I don’t understand then. Not only have I pretty much done these steps many times before, but I just followed what you did to a tee. Loaded game, talked to Dal, left the area, and as soon as the world map came up I waited until Dusk (It was already midnight on this save, so i had to wait twice), then I came into camp and slept at the tent. It was then 22. I then went to the area where the ghost is supposed to spawn… and again… nothing. Unless you have some fixes in your override, I don’t know why it would work for you and not work for me.

The only thing I have in my override folder is a fi for the town of Nimbre.

I don’t have any related fixes in my override, and if this was a bug it would be public domain by now, as it’s mandatory to do this quest to progress through the campaign.
I have finished this campaign twice and this issue never popped up for me.

The only thing I can think of is to doublecheck that you actually spoke to Dall and not to the other gnome by accident, they are close to each other, so maybe you’re not getting the quest update and that’s what is not spawning the ghost.