This is just a thinking room for the idea if someone were to create a medieval world based around the many cultures of popular societies (en gland, Scotland, welsh, Ireland, Normandy, France, holy roman empire, Hungary, Italy, Spain, Greece, etc) around… i want to say… High Middle Ages for Neverwinter what would the best approach to this be?

I think applying subraces to humans would best fit this, however i dont ever imagine kingdoms of the time period were ever known for just one thing… so… i figured I’d ask the community and see what ya’ll thoughts are on it!

not really but it is a start. The renaissance period would have its share of invasions such as the Timuraid invasion but im looking more for a template to start this on.

an example would be if i were to create a human in neverwinter and wanted that character to be somewhat inspired, or perhaps based, around say someone from france (now granted as i mentioned since we are talking about entire societies that wouldnt really narrow down what specific traits this one character might have) but hypotheticaly perhaps i could say this character might have a trait that others may not have. an english based character might have traits towards bows or wearing heavy armor, etc.

Take a look at the Devil in the Stone and the various Bastard of Kosigan modules.

Thanks for the reccommends i will be checking those out for sure!

In NWN2 I am still working on the Romans and the Gauls (specifically the Gallic Wars . . . slowly). Claudius33 did some nice modules based on the Abbasid takeover of the Muslim Empire and one about the late Roman Empire.

I’m not sure entirely on the early Renaissance time frame. The 100 Years War is kind of a marker for the end of the Middle Ages . . . and also the end of the “Knight in Shining Armor.” The idea of feudalism also begins to break apart because there is no need to have the added expense of all of an army of knights. I’d say it (the Forgotten Realms) really is a mixture of both the Middle Ages and the Early Renaissance . . . but everyone is entitled to their own interpretation to be sure.

Well Forgotten Realms seems to focus on a feudal fantasy universe while medieval Europe has a more robust or down-to-earth (lord of the rings as some might call it) world. Such things as Gunpowder would have dominated european battlefields in the mid to late periods, while Forgotten Realms seems to shun or outright “ban” gunpowder altogether (i say that in quotations as there are numerous examples of it being used, but alot of DM campaigns don’t really acquire it as a neccesity for adventuring). Its only similarities would be culture (horse drawn carriages, fashion, etc), politics, religion, or architecture.

Gunpowder canonically simply doesn’t work in Faerun. “Smokepowder”, which is a magical equivalent, does work.

Smokepowder is related to the rouge substance used in Roger Zelazney’s Amber novels.

Whether or not it’s true I don’t know but I do recall that at the battle of Agincourt (Henry 5th) it was said that one Englishman became the first in history to be killed by gunshot (as opposed to cannon fire).

Something like what TR says, that would definitely be a defining moment in history and be very useful in knowing, when trying to create a medieval fantasy that “likes to base itself on a feudal society.”

I can take my own steampunk project as an example. Gunpowder is a game changer and it, along with reformations, and political changes, shape this fictional universe. Theres alot more to it than just gunpowder, but its recognized as being just as important as it would in real history.

The trick is trying to keep within a reasonable boundary when deciding something like this. I ask questions like “was gunpowder invented, or discovered? How did the rest of the world take to it? Should there be a specific faction that holds all the secrets or is it common knowledge?” Reasons why i bring up this post. I really don’t think you can say (random example) the english used gunpowder “more” than say the italians. If anything they would have bought the weapons, or hired mercenaries already trained.

For game purposes, it’s safe to assume that manufacture and deployment were specialised knowledge. For example, in England during the Wars of the Roses, hand gunners were rare, expensive mercenaries, recruited from Burgundy or wherever.

The TV drama Taboo is worth seeing, for an account of the expertise and danger involved in manufacture, even in a much later period.

My Enigma Island and Dark Energy series has the gradual emergence of banking and gunpowder as a subtext.

was gunpowder invented, or discovered?

In the real world it was discovered accidentally while alchemists were trying to discover something like an elixir of everlasting life.

Yes I know that TR that was in context to my universe, not Earth

Just to add on to this, there are lots of applications to this, something like a Chemist could be a focal point of a target group. TR helps points out that Gunpowder wasnt used just for one thing, there’s also the Gunpowder Engine which is an early internal combustion engine and possibly the prelude to machine guns which, again, are defining moments.

A gunpowder engine, also known as an explosion engine or Huygens' engine, is a type of internal combustion engine using gunpowder as its fuel. The concept was first explored during the 1600s, most notably by famous Dutch polymath Christiaan Huygens. George Cayley also experimented with the design in the early 1800s as an aircraft engine, and claims to have made models that worked for a short time. There is also a persistent claim that conventional carboretted gasoline engine can be run on gunpowd...

One of the things I’ve done for my Universe is give the importance of such things as literature. Monasteries are the means of writing books, even with printing presses, so alot of literacy is somewhat limited to what people were allowed to read. There are always exceptions such as poets, writers, screenwriters (IE Shakespeare) or in this case: bards but they make a rather small impact since not alot of the common folk can read.

btw thanks for that awesome post Proleric that is a really great post. Doing just even a little bit of research can show just how innovative people were in the past. I’d never would have thought that someone could create a combustion engine in the 1600’s thats still practically the medieval period to some extent and it blows my mind

Ye, lot’s of knowledge has been around for centuries that couldn’t be applied due to the lack of infrastructure or the inability to disseminate. Think of how hard it was to send around tech manuals before the printing press. Even the Gutenberg Press was not that radical in concept. Printing existed before it, Gutenberg’s big contribution was movable type, allowing easier re-use.

Which leads into my question, do we have easy access to printing on Faerun?

Everything you need to know about that can be found here 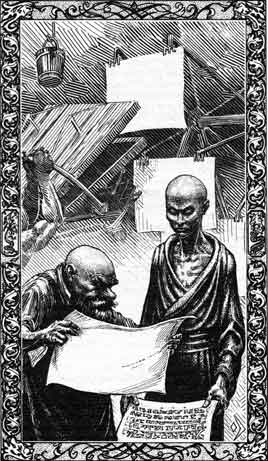 A printing press was a mechanical device for applying ink to a surface such as paper.1 In Shou Lung, the printing press fell in and out of use, being invented and reinvented at least five times since the time of the Li Dynasty (−1029DR to −670DR)....

Printing is limited to basic type but it notes that it is good for mass producing pamphlets, flyers, but nothing with magical text. 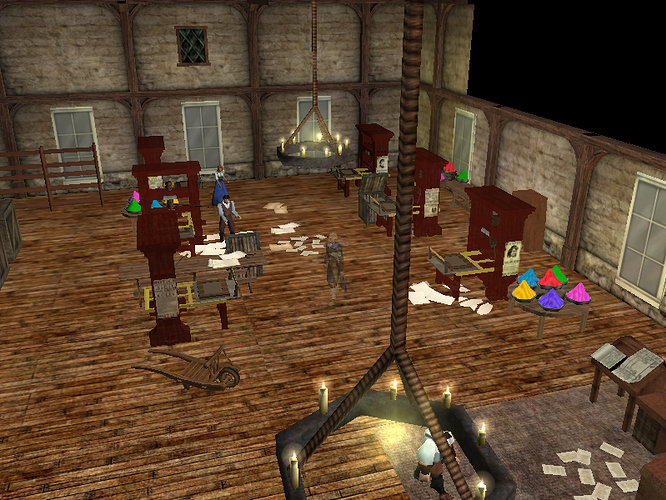 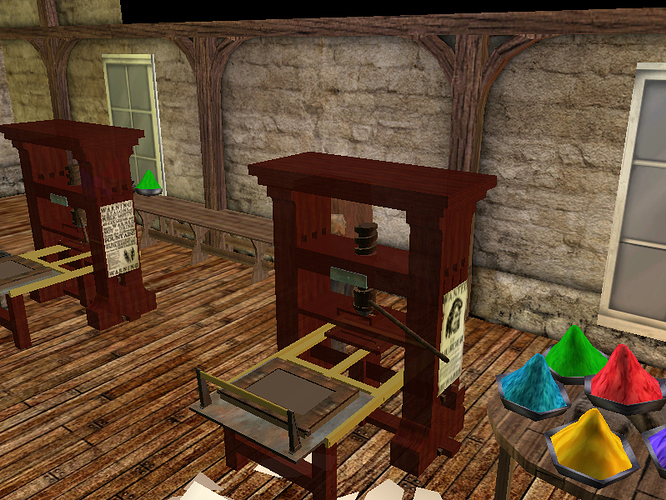 Smoke powder was given to the Gnomes of Latan by Gond in 1358DR. During the time of trouble. So gunpowder does exist on Faerun. How refined it has gotten depends on what century you have your Steampunk world. I hope this helps you out Wall3t. Oh by the way since starting 1385 to the end of the 1400’s Magic became a lot less reliable you may say that Smoke powder became more in demand where ever you put your pw.