Modelling/Lighting Problem - Any Idea How to Fix This?

So I loaded a free untextured model (of a gallows with a couple of coffins) into blender. I then used the “Smart UV Project” to generate a uv map for the model/texture. That seemed to work really well. I exported the model and used ShaderMap 4 to generate PBR maps for the texture. I then tested in game and noticed something a little odd - 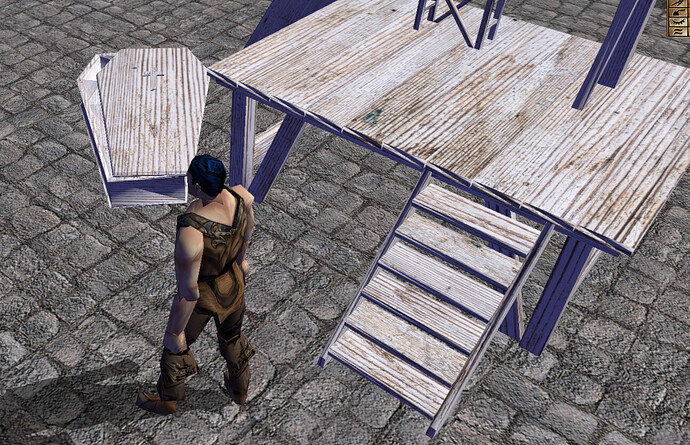 More noticeable in the next picture - 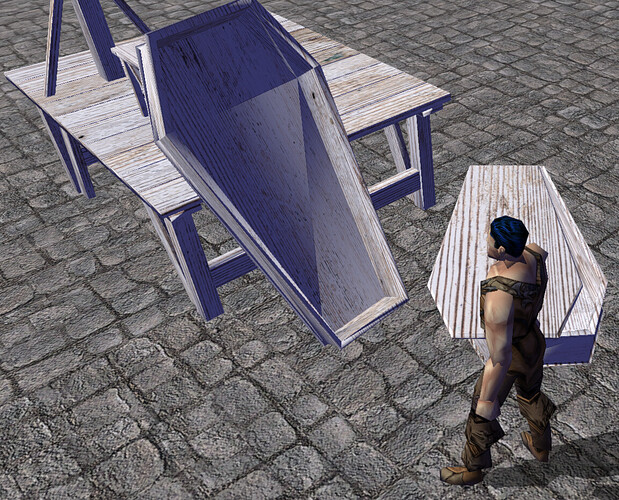 For some reason the underlying triangles of the model are showing up as differences in height and casting shadows. FWIW Zooming in in-game does show that there is no interruption to the actual texture pattern. The above picture does not use either a height map or a normal map (unsuccessful attempt to fix it). Any ideas how to fix it?

That looks like you have overlapping verts, generally caused by not being welded. Its a common problem I see on a lot of models imported from various sources.

To better explain. You have a simple square plane with 2 faces. Optimally, the plane will have 4 vertices. However, the model actually has 6 vertices - the two common vertices shared by each face actually being separated and set in slightly different positions.

It can also be caused by a two-sided mesh whose opposing faces share the same vertices. For example you have a simple two-sided plane with four faces (2 per side) and 4 vertices. Ideally, such an object would have 8 vertices, allowing the opposing planes to be offset in height by 1 unit.

Thanks for that. I’ll see if throwing it through cleanmodels fixes it.

Would welding of verticies solve some of the issues?

I suppose so. At least it does for NWN2

This may or may not help but I use a script called “Weighted Normals” on 3DS Max that helps to make sure normals and smoothing groups look proper for hard surface models or models like yours there, as your issue could also be a smoothing group and normals issue. Idk if they have plugins or scripts like that for Blender, but you can look around and see, maybe those will help get rid of the issue your having.

Thanks for the suggestions guys but I have abandoned this for now. It wasn’t the best quality model anyway and I have other things to do.