So I was rummaging through some placeables from the D20 modern hak and I found a really nice teal couch and chair set (jxp-something). The problem was, you cant sit on it properly and the couch is the wrong size, so I fixed everything so they would perfect. 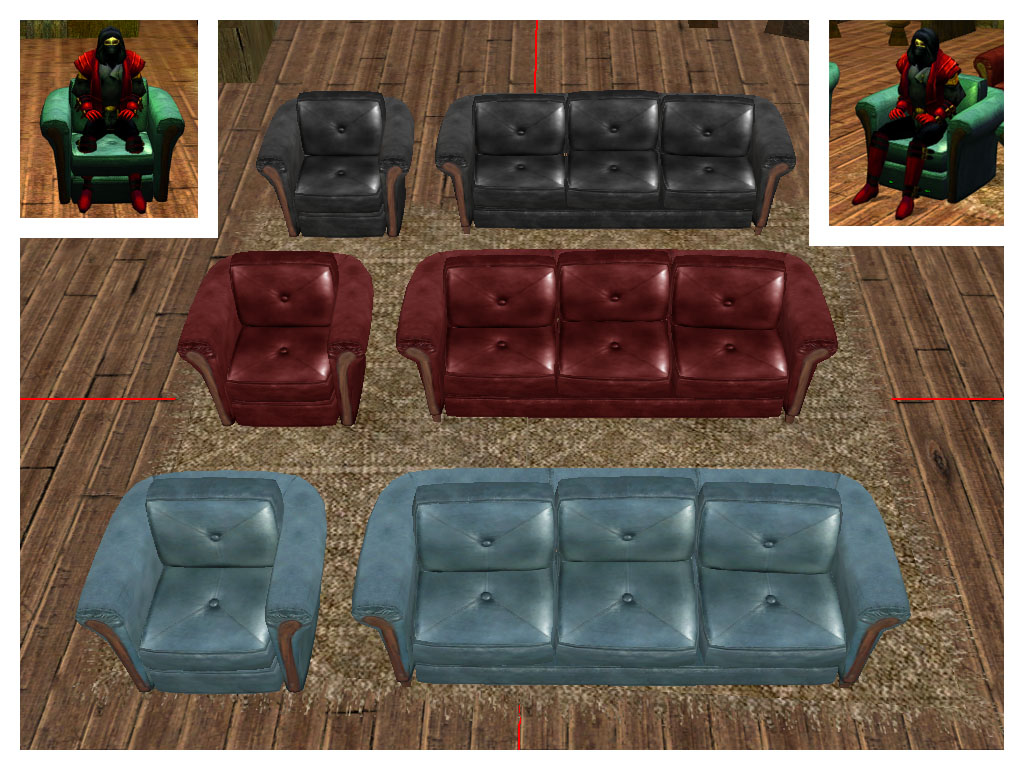 Contact @Vanya_Mia. They seem to be the one in charge of D20 Modern Project Haks - Version 2.0.

I can’t see there being a problem with it, fixing placeables is something I should have gotten around to but there’s just me these days. There are several more like it or with the direction not facing forward or no walkmesh or they don’t sit at zero level properly. Invisible placeables have been my friend with many of them for years now, which works as I tend to like two PCs to be able to sit on the sofas anyway.

I’m not even certain who the originator was as the set was already in the haks when I joined the team. The only thing I’d ask for is a copy for in the haks if you would? That would probably resolve any query either way.

The two additional colours would be nice too.

I’ll see what else I can fix up.