I have the GOG version of the game and in the toolset, i noticed that the appearance of Nefris is missing the head and eye textures, i checked the .zip of all the materials and they are missing. I haven’t tested if that appearance is used in-game.

i guess first there was the plan to create a separate npc appearance for nefris - as a red wizard with a unique robe. seems like the model was never really finished, as the head links to a texture which does not exist and there are some minor weighting issues too.
for comparison i changed nefris’s entry in the appearance.2da to use n_hh?_head and slapped head23 on the body, which was used in nx1. left is the default equipable red wizard’s robe. 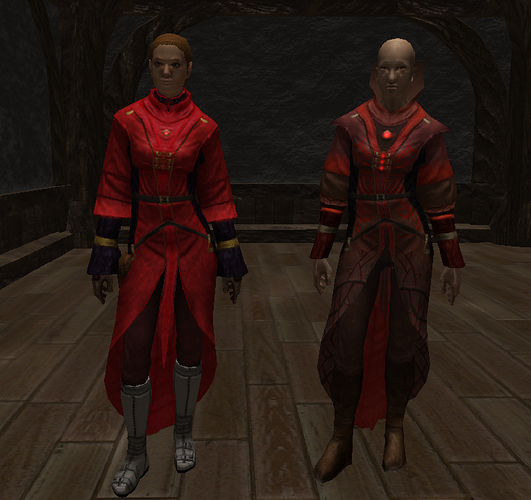