I’m a new guy getting back into NWN after a decade or so.

I am curious about how to get CEP going with EE through STEAM. I can’t use regular edition b/c I am not on a computer that will run it (so it is what it is).

I’ve read a number of guides and such and just can’t seem to get it going.

Furthermore…
Is there anything that you all might consider to be “required” quality of life haks etc for the EE. I am primary interested in changing the very dated camera angle and adding skyboxes to some homebrew modules .

CEP is a builder’s resource, and only modules where the author has made use of it, will you get to see the full potential of CEP. CEP as a download on its own, will do nothing to modules that do not use it.

As for using it via Steam, I gather you just subscribe to the Workshop and wait for it to download, as it will not be an instant installation due to its rather large size.

Savant made an EE Skybox package. You can examine it here. It overrides the stock Bioware skyboxes only - https://neverwintervault.org/project/nwn1/hakpak/original-hakpak/real-skies

Hey thanks for the fast reply!

I have used CEP for a number of Years back in the day to build modals, used to be not half bad at it…So I guess you could say , I am a builder. Thus my interest in CEP, and primary interest in the game as a whole is: it’s creative potential. World building is a bit of an exercise in relaxation for me. I don’t really mind if they are accessible to others, in fact I never even upload my modals , they are just for personal use.

I am not really up on the “lingo” of steam as this is my first use of the platform.

I have no idea what “the workshop” is , but instant downloads seem nice. Any tips on how to get that working?

Thanks for the link to skyboxes I’ll check them out!

EDIT: Alright! So the “workshop” is a tab in STEAM that I found kewl, but even though I see a list of “mods” I’m not sure which one is the most closely related to “CEP” as the names are different. Anyone got any input on which “mods” have what content that most compares to CEP?

I would avoid Steam and simply download and install CEP from the Neverwinter Vault, this way you avoid having to be connected to the internet to get it working if you want to play offline.

This is the latest CEP:
https://neverwintervault.org/cep

If this guide doesn’t help: 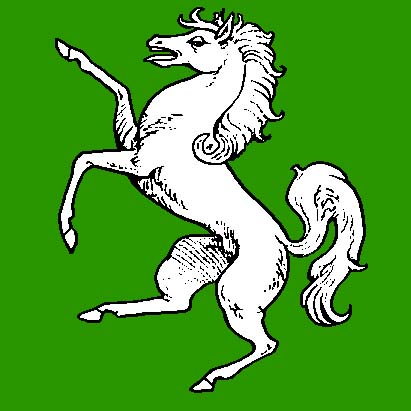 by all means post what specific problem you’ve encountered.

@Fester_Pot is right, direct download is your best option. It will work with any Vault mods or Steam Workshop items that require it.

Personally I have found Workshop to be quite faulty with NWN - installed modules/mods not showing etc.
Plus downloading the files manually gives you an easy access to readme files of CEP.

Here is a direct link to CEP on Steam:

Just click the Subscribe button. It will eventually download if you play NWN with the Steam client running (but it won’t tell you, check the cryptic numbered Steam Workshop folders occasionally to see whether the files have arrived).

I’ve verified that you can play Steam Workshop modules that require CEP after this download. I don’t know whether CEP will be visible to the toolset, but if it isn’t, just move the files to the corresponding subfolders in Documents.

I confess I don’t understand your situation at all. My understanding is that many builders here are using Linux, and can work with the Vault quite happily, so I’m hoping they will chip in.

It really would be a severe limitation if some Linux users could only work with the very limited content in the Steam Workshop. I hear what you’re saying, but that fact is beyond all reasonable doubt. Like they say, “if you don’t want to hear the answer, don’t ask the question”.

Linux is great. I use flavors of it all the time. I try to never run Windows, hate it. I do have the Steam client and a copy of EE from that but I don’t use it. I use the toolset from my beamdog installation of the game with wine, works fine with CEP downloaded from the vault.

Did you put the TLK file in place? And did you included it in your module’s custom content? Just adding CEP to your game install won’t effect the toolset at all.

I generally use OpenSuSE, but also have the game on Fedora32. I don’t like Ubuntu as it tries too hard to like Windows.

you are my hero!

can you walk me through your process like I am a two year old and you are trying to teach me astrophysics?

I understood very little of what you said in your solution, but I am glad to know there is one.

First question: Where did you see anybody “pooh poohing” EE here?
Second question: Why do you call valid advice “pooh pooing” of Steam? It is not! Why several people here are against using CEP (or other building resources) via Steam is because the Steam workshop is just for players, not for builders. Steam downloads the resources and makes them available to modules, but they are not available to the toolset without locating the files in whatever directory Steam puts them and copying them over to the right directories like .hak files into the hak directory and so on. Also having to connect to the internet (especially via Steam) takes far too long if you just want to continue building a module and test something quickly.
Fester Pot gave you some sound advice and he’s just as much a pillar of the community as Proleric is. You can wave his advice aside if you don’t like it, but that doesn’t make it bad advice nor is it “pooh poohing Steam”.
It is just as it is, the Steam Workshop is for players, but if you want to build a module you are better of getting your resources from the vault. Clearly you don’t like that, but it is as it is.
Also Werelynx warning you against the use of the Workshop was probably because he’d made the same bad experiences with it than many others. I don’t know if it has been fixed yet, but content from the Steam Workshop overrode game resources that should have had priority and shouldn’t have been overriden which is pretty bad. It also has the problem (which I’m pretty sure isn’t fixed yet) that if you subscribed to a hak in Steam Workshop and have the same hak in the subdirectories of your Documents folder for building, the Steam Workshop one is used even if the version in your Documents folder is newer. I think you can guess how bad that is when the game is looking for resources that the downloaded content from Steam just doesn’t have because it is outdated!

Moderators:
kindly close this thread / delete , there is a thread that has productive workarounds in the works here:

Thanks ides! if you happen to know of any of those buiilders who have a working knowledge of how to integrate the Steam workshop / new vaut resources into the WINE workaround

like how where and what resources to put in what file structure… that’d be great information. For those that don’t know…WINE essentially runs a windows emulator on your machine and the files are stored in a kinda weird “clone” of windows structure which are totally separate and wholly divorced from the Li…

If you read my first question again you will see that I asked where you saw anbody here “pooh poohing” EE.
Which nobody in this thread did. Hence the question.
There was no mention of Steam in that question at all. I know you are feeling that people are “pooh poohing” Steam here, but pointing out the flaws of the Steam Workshop is not the same as telling you not to get EE from Steam. By all means, do so! The GoG versions are often weeks behind the Steam ones and as for the preview you can only get that via Steam anyway.
And the Steam Workshop for NWN has flaws. Hoping that it isn’t so doesn’t make them any less
real.

Okay, really, did you even read a word of what I wrote apart from what you wanted to see?
Again, Steam is not the same as Steam Workshop. I even told you to use the Steam version of EE.
And yes, I do own the Steam version. And yes, I did have problems with the Steam workshop and I can give you a list of people who also had those problems. Neither me, nor Shadooow nor Werelynx is making these problems up. And if you read Shadooows post in the other threat carefully you’ll see that he didn’t have the problems three years ago, but that he’ve had them for three years, meaning they have NOT been fixed.
The “fact” that those flaws don’t exist is a pretty alternative fact.

I stand corrected…(just to get you over your issues with the need for exact terminology…my stepson does that, it’s what really weak people kinda “goto” syntax arguments)

is this pissing contest over then?

as far as FACTS go: just sayin…havn’t had any of those issues bro, that’s all. To me ya’ll sounds like a bunch of ex-boyfreinds pissed off at the new guy she’s dating. But that’s just one guy’s opinion.

Now you done , cause some of us are actually trynna FIX the issues ^^ rather than whine about them.

FYI The shield against certain usernames means they are moderators. Kindly keep this civil. People have been trying to help you even if you can’t see it. Flagging this thread to keep it under observation.

issue solved in the "other " thread sans the measuring contest:

What I was able to find was a folder with the following structure in the steam : common: Neverwinternights kinda way: in the Neverwinternights folder it has more stuff: Bin Folder Data Folder Lang Folder Ovr Folder Util Folder 2da.zip databuild.txt steam_appid.tx meaglyn, My main concern is echoing that of the “flaws” some of the others have mentioned with the steam workshop/ multiplayer priority download system. What I am most leary of is if I do some building out of the same native…

feel free to delete this one as extraneous.

Let’s be helpful and respectful here, everyone who comes to Neverwinter Vault with questions on providing the best user experience is worth helping, and also pointing in the right direction to get modules, haks, and facelifts working for themselves, and their family.

I was confused and figured out the main miscommunication:
everone kept assuming I have downloaded from STEAm when I hadn’t , I had found a link from a post on STEAm by Proleric that sent me to these pages to download CEp from here, which is what I did.

Then ppl kept going on and on about how not to download stuff from STEAm and I was all …wtf are you guys on about? Cause I han’t downloaded anything from there. It had nothing to do with my issue.