This exciting news just broke on the internet in the last few minutes! 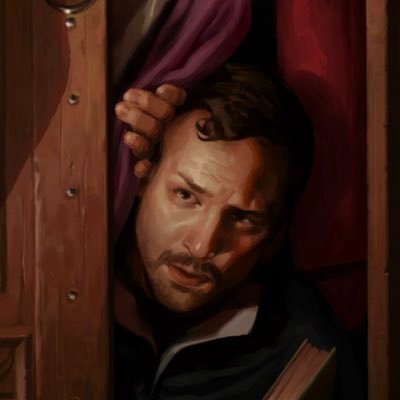 I am super thrilled to announce that I have humbly been working to ensure the success of the next big AAA The Witcher game as its Game Director! Think you could join the team? We have tons of roles open with the possibility of remote work we could discuss! https://t.co/bBbxs0JMmq

Is he from CDPR?

Hmm, shame they are moving to Unreal engine for it. I kinda liked their Redkit engine although it wasn’t easy to get a grip of either.

Yep. Apparently he’s the director for the new game.

I’m stoked about the engine shift. That’s partly because one of my plans over the next few months had been to set aside my Unity experience and start picking up Unreal. I’m not sure if I want to start thinking about a new job anytime soon (I do want to give this writing and modding thing some time), but knowing they’re on that trajectory is intriguing. And they are hiring remote. And Epic’s backyard is one of the locations on our relocation shortlist.

Short Gamespot article on this -

New Witcher Game In Development, Will Use Unreal Engine 5

Maybe by the time the Witcher game comes out Unreal will finally have been made easy enough to use for non rocket scientists ?

I suppose it does have that reputation (for being difficult to learn), but I actually hadn’t been thinking about that. The only reasons that stopped me in the past were that 1) we weren’t using it at work (our game projects were basically all Unity based), and 2) I didn’t have the time to pick up something new while was working a full-time job. While I’m no rocket scientist (although I am technically a quantum physicist

I suppose it does have that reputation

I tried the last version (I think ) before coming to NWN. I thought the blueprint idea was a good one and they were well on the way to making it useable and quick to use but for me it still wasn’t there. In fact, when you see how easy a toolset from 20 years ago can create a simple game it almost makes me think they are deliberately NOT making it as easy as they could.

Microsoft’s ill fated Project Spark showed a bit of promise in the ease of use stakes but then they went all weird and started adding swirls on everything before deciding they wanted to cash in and ruined everything. In this day and age it should be easy to create a toolset that can be used by most to create games rather than as at present being a bit of a niche sport. Mind you, if a quantum physicist can’t manage it it certainly is time to get worried so good luck with it.

I remember two senior pupils in the Games Design class I worked with a couple of years ago saying they were using Blender and Unreal but that it was probably way beyond me !