Noobie questions about NWN2 (from a returning but still clueless player)

So, I’m not actually a noobie to NWN, I’ve been playing it off and on since 2007 or so, and I’ve also played quite a bit of NWN2, and finished all official campaigns except for SoZ (but I’ve never actually played through NWN2 custom modules before). Still, my knowledge of all things NWN is still kind of superficial, and especially when it comes to NWN2 because so far I’ve always preferred NWN, but I’m making another effort to get to know it better now.

Anyway, to make a long story short, I’m looking for answers to some basic questions of mine. Currently I can think of three: 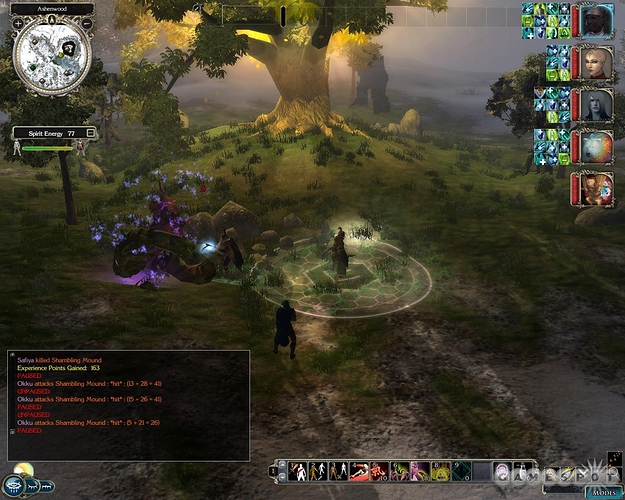 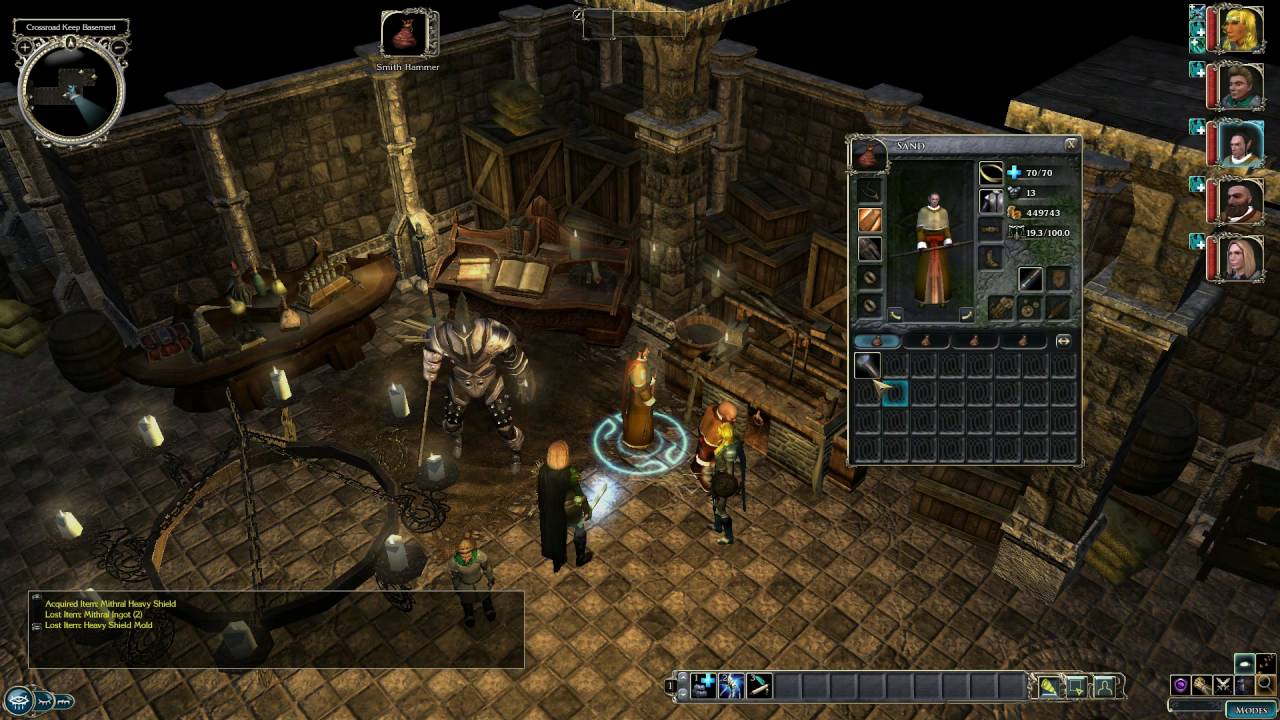 Thanks for your help!

Thanks! So that means there is no clock in NWN2? You just notice whether it’s day or night outside?

Again, depends on the area. Of course, that only counts for the OC. For the expansions beside MoW, well you have eyes, right?

I think the sun thing on the bottom left corner tells you the time of day and the date.

I’m not sure if this happens in single player but at least in multiplayer there is a limit of 255 spells learned on a wizard, at which point the server will crash with such a character.
You could technically “solve” this by implementing your own custom version of a spellbook, but it’s definitely not a newb project for modding, involves a lot of the arcane art of GUI writing. Same goes for map pins if that doesn’t exist already.

GUI modding remains the largest advantage nwn2 has over nwn ee, I’d say. Though there are a few others. Even then, most of these advantages remain mostly unused by the nwn2 cc community at large.

Maybe it wasn’t quite clear enough in my OP, but this is about playing community modules, not official campaigns. It seems then that this sun dial UI or whatever it is is not an integral part of NWN2 but has to be implemented by the module authors for each area individually, if they want it? But then I guess as long as it’s absent from a module, that means I don’t have to worry about the exact time of day,

Indeed, a small series of scripts modeled on those used in MoTB & SoZ must be implemented manually by the mod builder, because they don’t implement themselves by default, unfortunately. Have a nice day and take care.

Is it not possible in NWN2 to create your own map pins, like in NWN?

Ok, for a custom module/campaign, that might be a different story, but I wouldn’t know. Still, considering MoW’s HUD doesn’t have the sun dial, it’s likely to be more difficult to implement in your own campaign.

To be clear, you can scribe every scroll you find, with no chance of failure, as long as your wizard level (including PRCs) is high enough to cast spells of that level. No such restriction when casting from the scroll, though, that’s just when scribing.

But then I guess as long as it’s absent from a module, that means I don’t have to worry about the exact time of day,

There are modules where shops close, NPCs go home or monsters show up at night, or have quests you can only start at a certain time of the day, but in general it’s just there for flavour, if implemented at all. If it isn’t, you can assume it’s irrelevant.

You just can’t go over 255 spells on your wizard spellbook, at least on standalone servers this will crash/hang the server.

Be careful learning too many spells. To be able to complete a level up you have to be able to select two spells you don’t already have in your book.

But that would mean more than 28 spells per level, right? Not very likely, but I’ll keep an eye on it.

Good point, I didn’t realize that. Also another one of all these little oversights, bugs, or questionable design decisions that bother me about NWN2. I already experienced that with skill points. Had to put some in skills I didn’t care for, just so the level up process would let me continue.

you certain that this bug does not exist in nwn1 too?
@skills: you can save up to 5 points to spend at the next levelup. it’s not like nwn1 where there was no such limit, but it’s still something. at the table there’s no such thing. you have to spend all your points or you can’t proceed.

Tbh, I don’t know how it is in NWN. I’ve never experienced it, but then again I haven’t played wizards a lot, mostly sorcerers and clerics. And it looks like you’d have to make a conscious effort in both games to collect each and every spell in order for this to happen. But it’s still good to know.

NWN isn’t perfect by any means, to me it just feels that for every thing that NWN2 improved, it made two steps backwards (or sideways). So many little annoyances … That being said, I’m currently having fun with The Wizard’s Apprentice Chapter 2, despite the engine. And it looks pretty nice in part, too, I have to admit.

Sorry to nitpick, but I think there’s a bit of confusion going on in this thread.

Be careful learning too many spells. To be able to complete a level up you have to be able to select two spells you don’t already have in your book.

This is not true. It sounded odd to me so I ran a quick test to confirm it. If there are no spells left to select at level up, you simply skip the spell selection screen, but you can certainly level up without any trouble.

Regarding the 255 spells cap, let’s point out that’s only a potential problem if you’re using mods or are playing on a server that adds custom spells. The vanilla game doesn’t have that many.

As for the skill points, to each their own, but the point of not allowing to save up more than 5 each level is precisely to avoid NWN1’s cheese, where you could save up every single skill point you gained on your first 39 levels, just to dip into a skill-based class at 40 and spend them all then. That said, you can always take the feat Able Learner, for similar results.

Thanks for clearing that up!

I guess the Able Learner feat is actually the reason why I ended up with so many skillpoints that I have no use for and now have to dump into uninteresting / non-class skills occasionally, just so I can continue the level up process.

I don’t really like the class skill mechanics in either NWN game. I know it’s D&D, but still. I’d prefer a free choice between equally useful skills instead of some skills being much more useful than others but often not available to a specific class.* And I think the social skills should have been available to all classes in some form or other. If fighters can intimidate, rogues can bluff, clerics can persuade with diplomacy etc., why can’t wizard and sorcerers outsmart, trick or charm people?

(Thankfully, the Wizard’s Apprentice module I’m currently playing more than makes up for it with lots of Spellcraft, Lore and Use Charm Scroll options in dialogues, but in most NWN modules without class focus I’ve played, you were at a disadvantage without Persuade, Bluff or Intimidate.)

(* I mean, I also get that rogues have to have more interesting skills than e.g. casters when they’re heavily dependent on skills while casters have so many spells to make up for it, it just makes leveling up skills for certain classes pretty boring. Anyway, getting rather off-topic here.

(In NWN I dislike that I always have to re-open the mini-map after re-loading, but auto-toggling on AI is even worse.)

Is there any simple way to …

toggling is good since it forces each state to get re-registered – a few of them, including perhaps the MainAI toggle, are in fact in an indeterminate state until toggled. ( it’s a bit bugged )

but a fix isn’t easy/simple