Nothing to see here, folks. This is only a test (post)

Posting, testing, editing, etc. Don’t know what’s good or not so good until I do…

Not So Good (addressed by niv in a reply to this post):

D&D is not always a game of serious topics and deadly combat. Sometimes things just end up a little bit (or a lot) obsurd. This decade old game could use a few more things that are just plain silly or carefully considered D&D humor. A gazebo monster, or a door that looks like a large jar. A band of gnome pickpockets that steal footwear. An overly curious NPC that just follows PCs around until they leave the area. A jester that tells random jokes. A longsword model that looks like a Chainsaw of Bloody Dismemberment. A set of prefab books with humorous descriptions and titles. Apprentice-scribed spells scrolls that have unforseen effects. A short quest that just ends up ridiculous halfway through before having a normal ending. A henchman that has a 25% chance on seeing any human (or elf, or dwarf, etc.) of voicing a crude insult about said being. Be creative!

This theme was suggested by The Amethyst Dragon. 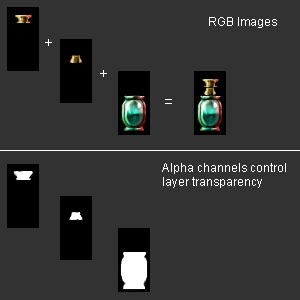 can only include 2 links as a “new user”…How does one stop being a “new user”?
formatting: with straight typing, no matter how many lines I send text down with the enter key, the post will only show a double spaced break before the text picks up again. Not terrible, but it just seems weird to me.

The trust levels are something I will be looking into - it’s a default setting. It’s meant to stop new users from registering and immediately spamming. Supposedly that’s effective, though I’m sure it can be debated.

As to formatting, I think it makes a lot of sense. This is a bit like typesetting or any kind of transformation (html, markdown, etc). You’re creating the content, not the layout: The layout is directed by the format. shrug

Posts must be at least 20 characters.

“new user” link limitation: sounds like a good idea now that you explain it. Probably wouldn’t take me very long to post that many times. I only came across it because I tried to copy & paste in the standard CCC monthly thread starter (which has multiple links in it).

Formating…if I really needed the extra spacing I could probably use HTML or something.

I think the Neverwinter Vault image/link at the top should go to the full Vault. Right now it just links to the forum itself.

You can select text anywhere in the thread and a Quote popover shows. Click it to start an editor with a pre-formatted quote.

You can select text anywhere in the thread and a Quote popover shows. Click it to start an editor with a pre-formatted quote.

That’s cool. Very handy when you only want to quote a part of someone’s post, rather than the whole thing.