I’m playing a mod hat crashes if you cross a speak-trigger-area, so I thought I could use the dm_jumptopoint cheat in order to bypass it. I know that perhaps I miss something, journal goes mad, etc. But that’s not the question: I’m surprised to find that the command (succes in the debug screen) just teleports me to a square of the area and I’m unable to get to some point farter away than the speak trigger. What am I missing?
dm_jumptopoint (x.xxx, y.yyy, AreaName)

What’s the mod and the name of the area?

It’s Isle of Ash-Chapter 1, and the area is BarnCellar. After entering the barn and fighting a horse-fire-ghost you can go down to the cellar. It’s there, about halfway down to a chest, where the speaking trigger is.
I looked on the Media of the mod in the Rolovault and confirmed it was a recurrent problem. Someone suggested that releasing Budd, the character implied in the trigger (I think), would solve the problem. Alas, none of the commands that I know that allow you to release a party member don’t work with him…

Extract this into your override and walk into the speak trigger like normal. 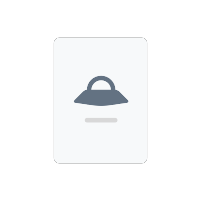 It works! Thank you very much, Travus! Please: may I ask your permission to put your solution in the Vault, under the module’s page? I was not the only one that complained about that bug. Some of the other players’ posts are quite recent and I’m sure they would appreciate.
Have you ever played SCOU (nwn2)? There is another game-breaking point there. I opened a post here in the forum but nobody seemed interested…

I’m glad it worked! Yes, you can post it on the vault. I’ll take a look at SCOU.