For a really long time, there hasn’t been a solution on how to change a player character’s model to something else, for example from a Human to an Illithid, for example. Many guides out there write about using SetAppearance in-game but that doesn’t work in NWN2 anymore. You can setup a script containing SetCreatureAppearanceType in a module then export your PC once its done, but that doesn’t work all the time either, I’ll explain below.

First, you’ll need the GFF Editor for editing character files in localvault folder, get it here or a modified version.

Step 2: Change the Appearance_Type number to the specified appearance based on appearance.2da. 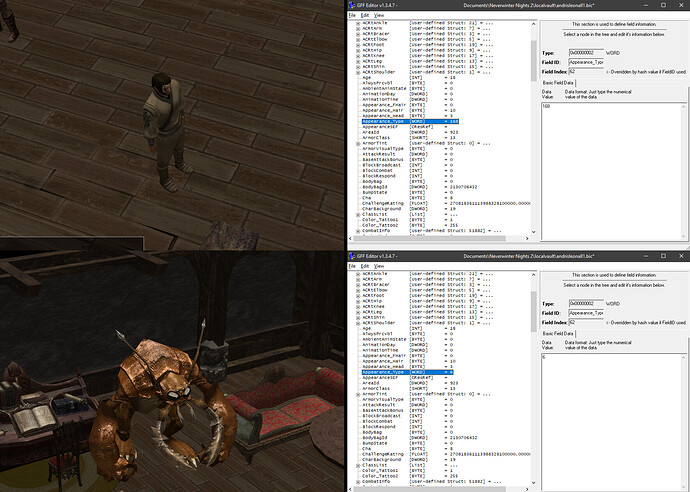 The Problem with Method 1

Simple right? Not really, there are complications with some appearances.
You will end up with an abomination as shown below due to issues with the skeleton. 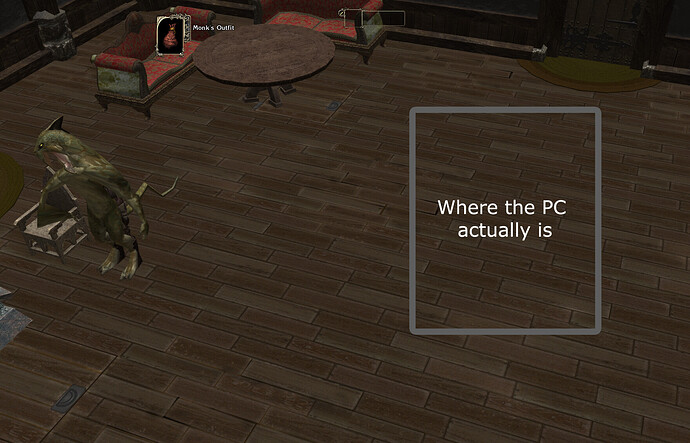 If you encounter the above problem, you can circumvent it this way.

Step 1: Polymorph your original character. Open the console (`), type DebugMode 1, polymorph 0. Not sure if this specific polymorph form matters. 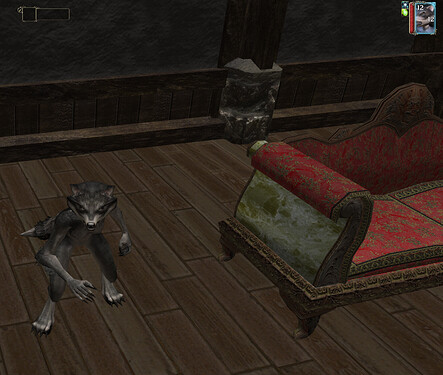 Step 4. Edit the Appearance_Type. For this example, we are trying to change the PC’s apperance to that of a Lizardfolk.

Step 5: Remove the Polymorph Status. Note that this pretty much destroys all the gear equipped when you polymorphed that PC.

At this point, you should have a PC with a fully working new appearance. Hooray Hoorah! 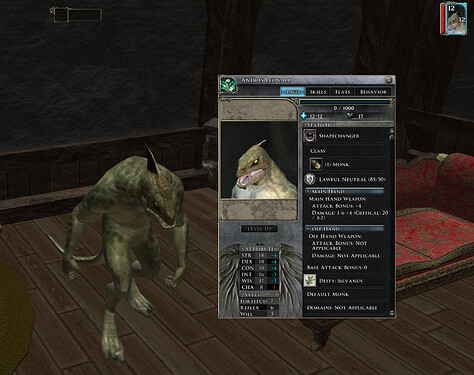 However, take notice how all the stats, including race, are that of the polymorphed character. You’ll have to change these yourself using the GFF Editor by editing the relevant fields.