So I defeated the gith and went back to the flagon where I went through the cutscenes. I then spoke to Nasher’s guard and then Axle’s boy lackey. However, when I try to leave the docks to travel to Axle’s in the merchant quarter my world map is blank with no selections possible. Am I missing something?

Maybe it’s because you called them “Nasher’s guard” and “Axle’s boy lackey”.

The first step is to look at what might be getting in the way. Do you have anything in your override folder? If so, try removing it and trying again from an earlier save to see if the same problem occurs. If it works, you can slowly reintroduce your override material until you find the culprit.

Quixal - I don’t have anything in my override this is a completely vanilla install of the Platinum Edition fully patched.

One other thing. I’m not sure if I’m supposed to have Shandra in my party, but it isn’t an option I’m presented with when I leave the flagon and she isn’t in the flagon. Also I read somewhere that Sands was an optional companion in Act II and I don’t see him available either. Although I do see the elemental merchant in his shop. I was going to try and teleport to the merchant district is there any way to do that in debug mode? Thought maybe talking with Axle as that appears to be my next step in my journal might shake it loose

it isn’t an option I’m presented with when I leave the flagon and she isn’t in the flagon. Also I read somewhere that Sands was an optional companion in Act II and I don’t see him available either.

Think you should reinstall the game and start over.

I’m with R-Mod here. Sounds like at least one file in your installation is corrupt, maybe more than one.

Ugh I’ve had nothing but problems with this game. I may give up on it. This will be my third re-install and to install and patch correctly takes forever…nothing that I’m missing in terms of I should talk to xyz person in game, etc…?

Did you get the Act II splash?

what about the Nasher/Torio cutscene?

If you scroll down the page with the link above, you should see Nasher’s guard, Axle’s lackey boy, then deal with Shandra and Sand. If I remember correctly, when the door to the Flagon is then clicked, you get to choose your party (Shandra is forced into the party) … and exit to the Docks.

iirc that door has issues …

Yes. I watched the Nasher / Torio cutscene, but I didn’t get the Nevalle / Sands scene. It went right to Wolf. I also didn’t have any of the scenes after that. Once I talked with Wolf they let me walk out of the flagon and I had no transitions. Ugh…I may try to reinstall and go to an old save file and see if it rights itself. Or I may need to re-install and go through the whole thing again which will be painful because Act I is not too exciting

act I is painful

if you can link me to a save back at the end of the Githyanki stuff (ie, right after rescuing Shandra and getting ready to do the jump back to Neverwinter), I’m willing to play through the ActI -> ActII transition and see how it goes

If you only have a save in the Flagon i can take a look but it gets dicey once all that railroading starts … so better before then,

I really appreciate the offer. However, I’ve been thinking about my original installation and remembered that installing off the MoTB disc always gave me an error that indicated a bad sector. To bypass that I downloaded the disc contents onto my computer and installed from there. It worked fine, but now I’m thinking it may have corrupt files from the bad sector. My overall concern is that even if I fixed this, I would just run into something else (this is my 3rd game stopper issue). So I was thinking of trying to pull down the MoTB content off the internet since I have the keys for it. Any ideas on a good (safe) place to download from? My second option is going to be to just purchase the gog version and call it good.

Yeah I just tried a fresh install, but utilized my old saved game. I had the same issue. Do you know if this could be tied to the saved game somehow? It simply goes from the Nevalle conversation directly to wolf coming in the door so even though the message says Shandra joins my party she never does and I don’t see the Sands-Nevall conversation at all. Oh well I think I’m going to go gog and just start over…ugh

Do you know if this could be tied to the saved game somehow?

yes. I suspect your install is fine. The OC has its way of not setting vars correctly.

link me to your save, via PM or here, and perhaps i can doctor it …

Lol I got angry. Deleted my whole install and saved files and bought the gog version. Hope I don’t have the same issues.

probably a good thing in the long run

ps. you should probably unzip Nwn2Fixes to your /Override. Oc has some nasty bugs (i’m looking at you, Nightwalker) 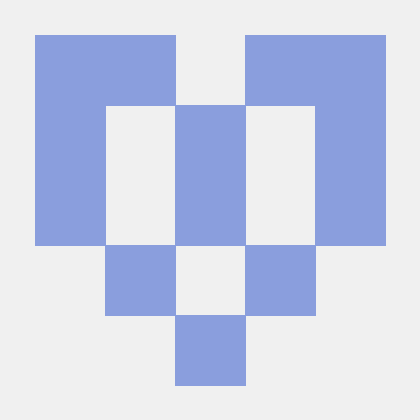 Fixes for the casual NwN2 player. Contribute to nwn2fixes/player development by creating an account on GitHub.

Awesome thanks! Will definitely do that. Anything else you suggest to improve playability?

not sure if you let the Companions do their thing or not, if so this expands the Behaviors on their character sheets. and other stuff …

I believe it was written by the guy who did the final Ai work for the SoZ release – I guess he felt it wasn’t quite finished by the deadline so he released it himself. Am not totally sure about that tho

Hi, I’m playing the GOG version of the game, Complete Edition and I have the exact same problem. I’ve watched the full cutscene on youtube and noticed my game skips several lines of dialogue. After the boy leaves Duncan only speaks once and then I’m left with a broken game. Here’s what goes wrong for me:

So, I’m completely stuck here. What can I do? I really don’t want to restart the game all over again, especially not to play over 30 odd hours to get trapped here once more.