I would like to make this a Community Project. So anyone who would like to help please feel free to do so. I have and will still ask to use work that others have done for NWN1 to help give me a base/good place to start from. By not having to start from scratch with everything will help save time on some parts of the project.

I have started working on the standard city tileset and I used Zwerkules NWN facelift hak for a base to start from. I really loved all the texture work he did.

Now again this is reworking the models from the standard tilesets and all it has is some textuing and model changes/updates without changing the walkmesh at all. This is just the start, I have a lot more work ahead, which is why I could use some help if this is something you would like to do. If not well I will keep working on it my self, however it will just take longer to finish.

Here is the Standard City Exterior Tileset I started working on. 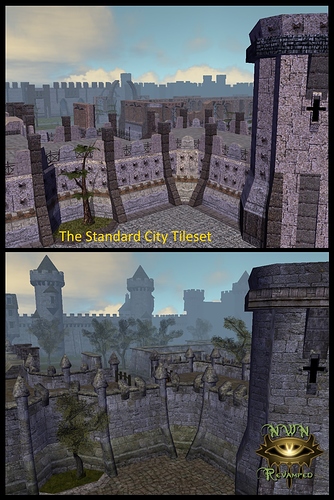 Here is the Stone Terrain from the Castle Interior Tileset that I have started work on to match/blend well with the City Exterior that I’m working on. 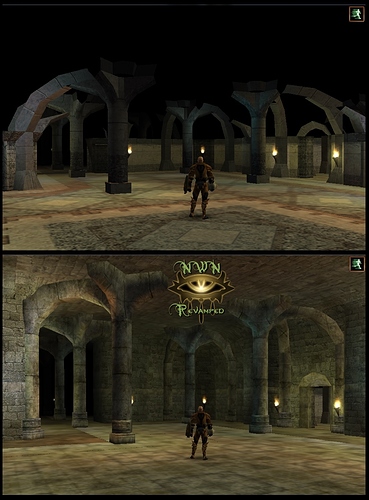 The old tilesets aren’t bad, for me it’s just the low-res candy color textures that are a problem and you took good care of it. Adding new trees also makes everything look better, well done.

Up and Down Stairs 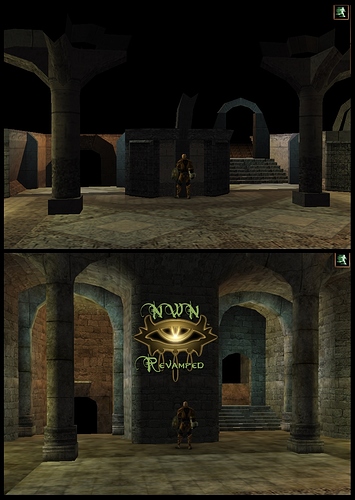 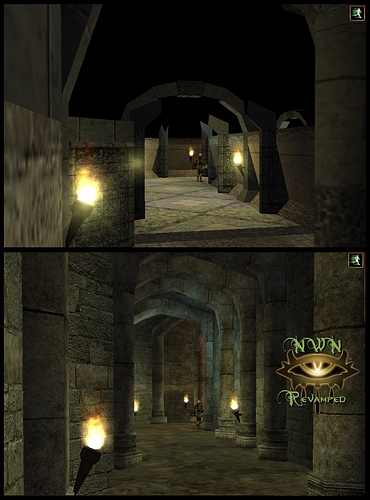 The tileset is looking very nice. How well does it work with top down camera?

It works because the tiles fade and the texture is only placed on the bottom of the ceiling so while looking down you don’t see a ceiling.

The biggest problem is if you are zoomed out so far that the camera is in a different room then your character and have NEVER FADE ON then you can’t see your character.

That said you can set tiles to AUTO FADE if you want and it will help with it if your going to play from above.

The nice thing is that this is an override hak so no one is being forced to use it. So if your a player that doesn’t play behind your character so you can see the ceilings then you don’t have to use it.

In the end there is no way to make everyone happy, so this set of haks will be for the people who play behind or in first person so they can see ceilings. 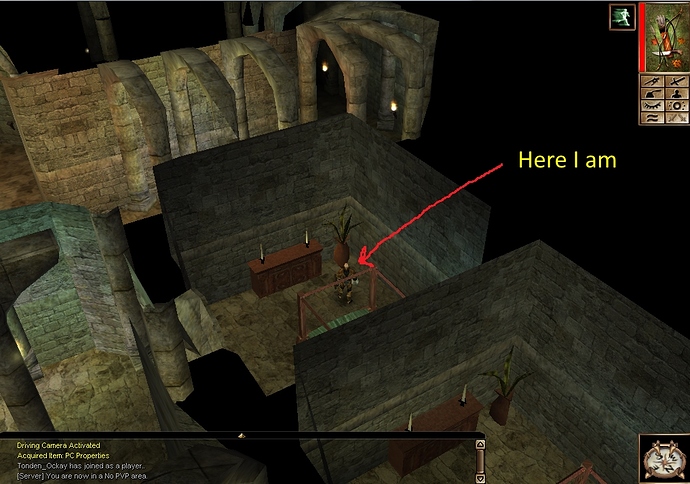 This is what it looks like with Tile Fade On 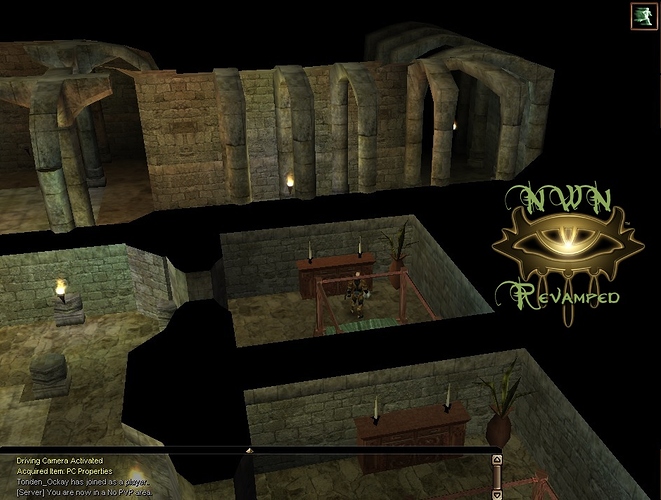 Congratulations, @Tonden_Ockay,
Your revamp is the best I’ve seen so far. Keep up the quality work

I think that those who use top-down camera has auto-fade on already… I can’t imagine why would anyone play without it. Probably only case are players who are playing in 3rd person mode who will move camera top-down sometimes to see something they can’t see in 3rd person.

Grymlorde asked so I thought I would point everything out, because I was also told that I shouldn’t create ceilings for the standard tilesets because it could cause problems with the camera with cutscenes. I wanted to show that it wouldn’t as long as AUTO FADE is ON.