Back again with another set of odd problems… First, in the pics posted here you can see the PC is floating in the air when I try to have him walk up the stairs, across the platform, and down the other side… I’ve tried several variations on getting the stairs and platform to be useable/walkable… Nothing seems to work. If I set them to “walkable” the PC just walks right through them. I tried setting them to “stackable” and “useable” in varying combinations, still no luck. The only thing I have not tried (and it just occurred to me as I’m writing this) is to group the 3 items {stair, platform, stair} as a single item and use it that way. 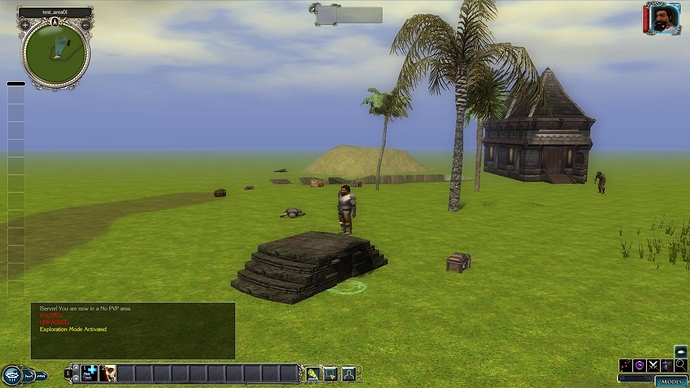 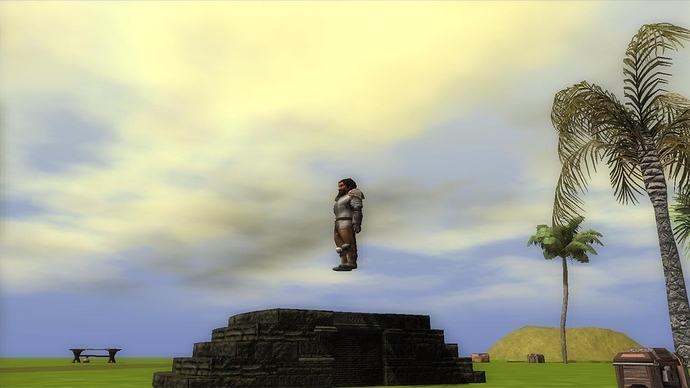 The other oddity is the NPC’s behavior when added as a companion. They join the PC just fine at first but when I select the NPC to adjust their inventory, their spells, anything really, their companion behavior is lost. It’s like they forget they’re a companion of the PC. Sometimes they return to their normal companion behavior after a few minutes, but not often.

The only way I’ve found to force them back into companion mode is to lure a threat close enough to the NPC. At that point the revert back to normal companion behavior for the duration of the combat and stay that way afterwards.

Use the placeable Walkmesh Helper (Stone) over it, but a hair under.

4760 helped me with a similar problem for my upcoming module, and just as @raymondsebas suggested, we used a walkmesh helper for this. I now have a character lying on a bed, and another climbing on top of a bed and it works really well. I highly recommend using these:
https://neverwintervault.org/project/nwn2/hakpak/original-hakpak/walkmesh-helper-expansion-pack