I’m curious what’s the situation in your countries? Poland has so far closed schools, nurseries, malls and cancelled big social events. It’s hard to buy bread, pasta or meat in my neighborhood, 'cause people bought it all out in panic. Most hospitals in my city cancelled their scheduled admissions - they only handle emergency cases.
At the same time I work as a doctor 300m away from the building reserved specifically for COVID-19 patients and our management sees no problem in our staff walking in and out of the hospital every day. Not to mention people moving between wards/buildings. We also still have scheduled admissions XD
How are you guys doing?

Roughly the same thing like @4760 but here in Quebec / Canada, except for “gatherings” which must not exceed 250 people.

Personally, being a bowhunter and working in the environment sector (chemitry soil decontamination), I developed this habit of always predicting the worst. So I have non-perishable food reserves for two months. Having been extremely poor for 10 long fucking years, this past situation also helped me in the same direction and the “mentality of the preparation”.

From the lab where I work, I have all the products to disinfect my water if ever the electricity was missing and the water purification and filtration factories consequently stopped working (No, their are no goblins pumping pure magical groundwater under your house, it’s sanitary water networks connected to its two types of factories). It mostly won’t happen, but a bit like chess, I plan a few moves in advance.

Yes, people are rushing into supermarkets. This is the Pareto Principle (80-20 principle), that is to say approximately 80% of the effects are the product of 20% of the causes. In other words, 20% of all people will panic and harm 80% of the population. Like when your stuck in trafic…

Hoping that everything will be fine, keep in mind Murphy’s Law: Anything that is “likely” to go wrong will go wrong.

Anyway, take care everybody I mean it.

restaurants are still open, but for how long?

Scratch that… It’s official : at midnight tonight (less than 4 h from now), only “essential” places will remain open.

Mcdonalds? This clown shit must have an ingredient or two that can protect the angiotensin 2 converting enzyme (ACE2). It is the entry point into human cells for certain coronaviruses, including SARS.

US is a pretty big country, so the response tends to be at the state level. I’m in the Seattle area – one of the national hot spots for COVID-19 – and they’re stopping schools, shutting down sporting events, and generally encouraging people to telecommute. Group events are limited to 250 people. Traffic around here can normally get pretty bad, but the roads are nearly empty now. Downtown is nearly deserted. A lot of people with low incomes are really hurting from the economic changes, so they’ve taken steps like banning evictions.

There’s been a few rumors flying about banning some travel within the US. I wouldn’t be surprised if Seattle was one of the targets.

Also in the US. North Carolina has cancelled any gathering of over 100 people. Schools are open or closed in something of a patchwork but I expect soon all will be closed. Universities have added a week to spring break so all the students returning from abroad won’t spread anything.

I am unemployed and I am finding most of my interviews have been cancelled due to controls for number of visitors to various locations (many of these are medical buildings of one sort or another). Even if I am lucky enough to land one of the jobs I already interviewed for, any orientation would be on hold so I am in limbo, staying home with what food I have left, even though NC isn’t a hotspot.

Here in Northern California, it’s the same situation that @rjshae has in Seattle. All schools, libraries, and swimming pools are closed. The schools are scrambling to implement distance learning and we have shortages of wipes, sanitizer, paper towels, toilet paper, ramen noodles, and bottled water. My son is going crazy because his friends’ parents are keeping their kids locked in the house. City parks are empty now. No sporting events, no kids’ sport leagues or clubs, etc. The cinemas which are still open now limit seating so that nobody sits next to each other. No St. Patrick’s Day Parade anymore and some restaurants are closing while others are at best 50% capacity.

It’s almost like living in a post-apocalypse movie but without the zombies. . . yet!

I’ve been meaning to ask if anyone has come back to life yet after being infected and died.

They are on their cell phones like zombies and they are robbing all the supermarket of all the toilet paper rolls … I do not understand. It is not the diarrhea virus… anyway… 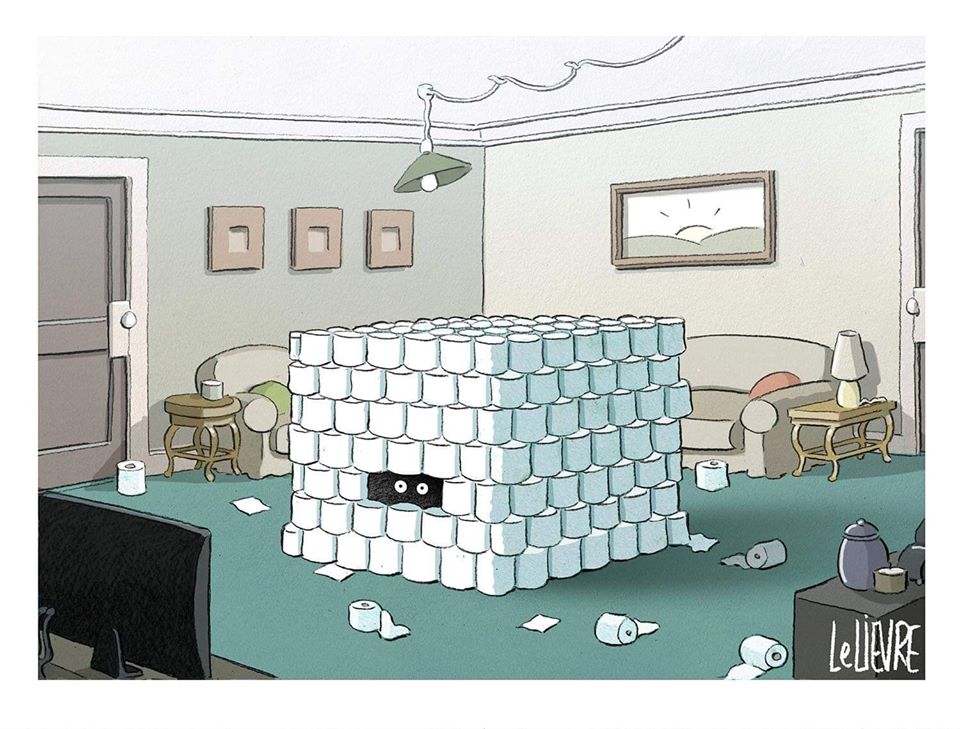 I do not understand. It is not the diarrhea virus… anyway…

In my current country, nobody cares about COVID-19; we have much worse things to worry about anyway. There are cases in my city, but everyone is going about their lives as usual. I will be going to happily buy groceries tonight.

I cannot believe how ridiculous people are being in the US. Entire stores are being emptied and people can’t even buy vegetables. Stores are having to bring in police to protect receiving areas from toilet paper raids too. It’s absolute madness.

As I wrote above, it’s the Pareto Principle : 80% of the effects are the product of 20% of the causes. In other words, 20% of all people will panic and harm in some way 80% of the population. Like when your stuck in trafic, most people follows the rules, but somes just can’t and it’s a mess.

I was driving my mum for her lottery tickets yesterday. There was like 5 cars on the roads.

What I’d like to see is all the chain stores issue a statement changing their return policies. Anyone who bought toilet paper, baby wipes, paper towel, Clorox wipes, water, etc. After the March 1st until this is over can not return these products for a refund.

Especially if they have been used …

My 78 year old Mom said she was going to start using both sides of the toilet paper to make it last. I haven’t laughed so hard in while, ( my Mom doesn’t joke around to much ) then she said would start washing it out and hang it on the clothes line to dry. I lost it again

I finally figured out the toilet roll thing. Mom of 10 buys a month’s worth (her usual purchase) at one go. Conspiracy theorist see’s her and thinks there is a government conspiracy to not warn of shortages so that when they happen the politicians can make a killing by selling the stuff at inflated prices. So the fool goes and grabs as much loo roll as the mom. Half a dozen people with sheeps brains in their skulls see this and go me too. From there it spreads. Add to that their elevated need to keep their faces clean in this outbreak (cos they’ve got s$&t for brains…)…

Northern Texas (Amarillo),
Don’t think we’ve had a case anywhere near us. Our spring break just started, so there’s not need to shut down schools. State schools went online only for a while… 2 people panicked and bought half the TP, now you can’t find TP, bleach, hand sanitizer, diapers or baby wipes anywhere. My wife is a hippy, so we do cloth anyway. If we run out of TP we can use my kids re-usable baby wipes and diaper sprayer (think arctic ice-water bidet).

Overall, it seems to be hysteria brought on by Facebook (et al) as far as we’re concerned. That’s not saying it’s not adversely affecting others, there’s just no point in this kind of panic in a place as spread out as we are. It’s 15 miles to the next sizable community of 80k people.

The Best Sources for Updates and News on the Coronavirus 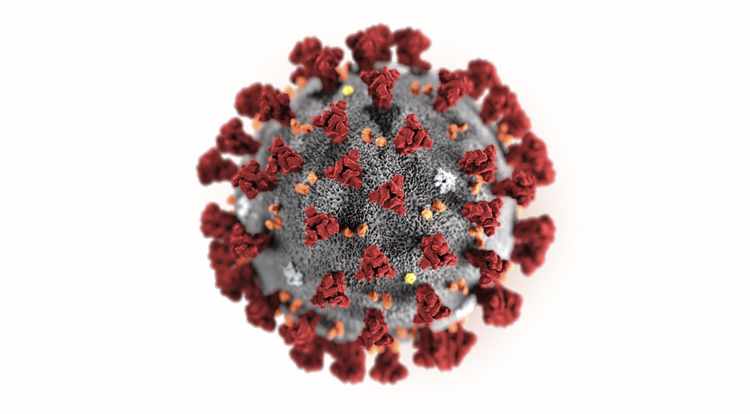 The Best Sources for Updates and News on the Coronavirus | RealClearScience

The past weeks have brought quite a change of pace to markets, to countries, to daily life. The SARS-CoV-2 coronavirus, along with COVID-19 (the disease it causes), has spread worldwide. We are...