In a CEP 2 builders’ poll, the following was identified as medium priority:

It’s generally accepted that CEP 2 contains some custom creature models which don’t look so good now compared with recent work. Builders can choose not to use them, but have to scroll past when browsing.

Replacing models is potentially controversial. For example, here are some default Bioware Commoner models, and the CCC improved versions: 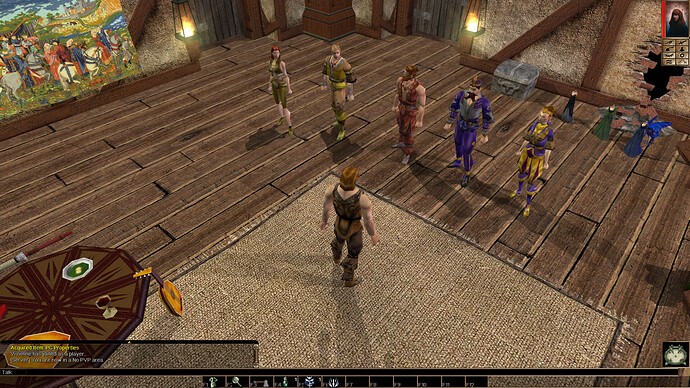 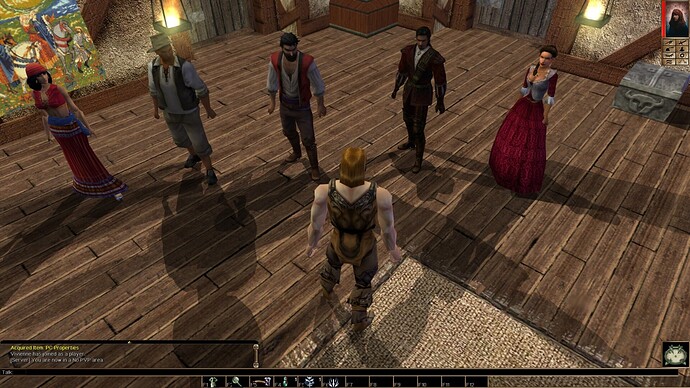 Most people will agree that the CCC models look better, but some authors might not be happy if CEP 2 directly replaced the Bioware originals, perhaps because the new models look like slightly different characters who would subtly change the story.

Of course, replacements could be provided as additional appearances.

A complementary option is to declutter the creature appearance dropdown in the toolset by prefixing low-quality model descriptions with [Deprecated] so that they appear in a block.

CEP 2 is committed to compatibility with existing modules, which implies some constraints:

Before we start work on this systematically, we’d appreciate some more guidance from CEP 2 builders (the people who turn our work into play):

The priority for model improvement is

Low-quality models should be directly replaced with better ones

Low-quality models should be decluttered with the [Deprecated] prefix

i would suggest going a little bit further, that is, preserving all appearances as they currently are [irrespective of clean-up]. for the example at the beginning of this thread [i.e., overriding std bioware assets v. supplying additional models], i’m in favour of the latter.

regarding ‘[DEPRECATED]’, what determines if a model is ‘better’ ? do you have a specific set of criteria ?

preserving all appearances as they currently are

We’ll certainly do that if “Never - just add better models” continues to top the poll.

regarding ‘[DEPRECATED]’, what determines if a model is ‘better’ ? do you have a specific set of criteria ?

If the final poll result empowers us to go there, it’ll probably be a subjective consensus.

Early days, but what I’m hearing so far is that builders are more interested in adding better models.

So today’s adventure in off topic nit-picking: Replacing stock models/textures will move them up the resource hierarchy, so things like alternate combat animations, graphics update packs and things that generally use override or patch hak to implement will stop working or need another implementation method. Curious if you guys have something in mind to address?

Most people will agree that the CCC models look better, but some authors might not be happy if CEP 2 directly replaced the Bioware originals, perhaps because the new models look like slightly different characters who would subtly change the story.

I agree with the above statement about changing appearances will change the vision of how some authors like their characters to be portrayed.
I’m still using the 1.69 toolset and I was the one who originally posted about the problem with the generic NPCs replacements (which actually turned out that i was mistaken). I think having more choices is preferred to having replacements of original models as far as NPCs are concerned anyways. I might be overreacting but i disliked the Beamdog HD pack so much for this reason that I immediately uninstalled it. One of the things I have loved about the CEP so far is the abundance of choices and variety it gave us. We don’t have to use everything in it but it’s nice that the choices are there. And the idea of labelling EE models as such is one of my favorite things about CEP1.67. The Enhanced Edition content is indicated in the toolset via the 2da’s. That way if we’re still working in the 1.69 toolset we know that the model will not be available and don’t wonder if our haks just got botched or something when the toolset throws an error and throws us out which happens quite often to me. Now i know not to touch the EE stuff while choosing an appearance.

Thanks to everyone who voted.

We’ll start a project to seek out additional creature models to supplement low-quality ones, then put a proposal on the table.

I will say, regarding some of the broken ones, there should be a fixed version of the kangaroos in Hydromancer’s kangaroo pack (look I wish I could tell you why the CCP went with a broken version of that rather than the fixed one but I got no clue)

I’m also 90% sure the crocodile-skinned basilisks are using the wrong models but I’ll be danged if I can remember where they got those from. Hydromancer released updated versions of the crocos which were already in the CEP, so I suspect they’re an older version from an old creature pack.

Yes, I agree with this because it is the right thing to do. Except for the hippo model. Please feel free to put that one in the trashcan, even if you don’t have a better version. It is literally two potatos stuck together.

When I was first modding, that hippo was amazing for the time. At least having something for a hippo as no one else made better.

(i mean if you can get someone to rig it up to something ingame already and can get permission for the pink variant, I know a good hippo model that’s just out there as public domain…)