POLL - What do we do about the forums?

A poll for convenient voting on the forum matter, as brought up in this thread.

Fingers crossed all the options are covered.

Thanks for this poll. Turning the old ones read-only seems the only sane option to me; and having these newer, slicker forums might as well make people want to talk more - at least for me, the drupal forums are a bit more cumbersome to use than it ideally should be.

Stay with the old forum, or at least keep it active. Every time a forum is moved, it loses people. Every. Single. Time. This one has been around for over a year, and almost nobody uses it (10 CC posts since April of last year! Why lose people for no reason? This doesn’t make any sense at all.

Is the benefit of using a new “slicker” format–for reasons that elude me–and closing the old one worth losing people AGAIN?

I suggest we keep thing as-is for now, until the new one is ready to take over. For example, a new darker skin that is easier on these old eyes. After that, keep the old one as a read-only archive.

I say let’s just do it. Maybe give a month’s notice so people can migrate active threads.

I hate when forums move invariably information is lost , harder to find, or someone else decided it was no longer relevant .

Before I vote, could someone summarise for me the pros and cons?

I get the downside of closing down yet another forum, but I haven’t used this one for a while, so I forget - what are the major advantages?

I have to say, moving really needs to have a much better reason than “because” given the damage it will do. We’ll lose people. Maybe a few, maybe a lot. I would rather not lose anyone. Small communities can ill afford it. And this community is important to me.

Pros and cons far as I understand them:

The Discourse forum has a bunch of features that the Drupal one doesn’t have, like

So, basically, there’s good arguments either way. I’d like to try to challenge the “people loss” and “data loss” arguments, though.

I think “losing people when moving forums” is usually more because that normally goes hand-in-hand with changing web addresses altogether - which is the argument in favor of deactivating one of the forums/putting the old one in read-only mode. If there is only one working forum on the site, users on the site can’t split up between the forums.

Also, one of these options does include us keeping the old forum, in read-only mode, so none of the old threads would be lost.

If we move to the new forum, could the top level domain be changed to neverwintervault.org?

Personally, I often Google search using site:, which would hit results on both old and new forums if they had the same top level name.

What we can do is:

I’m not sure how to take the user-losing concern myself. I didn’t think anyone would refuse to visit because we’re “upgrading” (whatever you want to call it). There’s a small transition period, but I don’t think any losses are guaranteed.

I’d never delete the old forums. They would be kept around to finish old threads (i.e. disallow new ones), then switched r/o eventually.

@niv I believe we are currently on v 1.8 of discourse. The latest stable version is 1.9. Any chance of upgrading? Also the preview is no longer working. Any chance of that being fixed?

OK if changing the TLD is that difficult, better to leave it as is.
While leaving the old forums read-only, could you also export them as a bunch of html files we can add to NWN Omnibus?
If someone could do the same for the BSN SQL archive, we’d then be able to search the entire history EXCEPT this new forum, for which Google search would suffice.

You’ve made 9 posts and created 1 topic…in a year. If they board is the cat’s meow why have you not used it more?

Still see no rational for closing something that works and really is being used.

Does everyone not remember the enormous loss of people when the Bioware boards closed? The Vault was available and promoted all across the NW boards and yet the loss was still huge.

Little secret @3RavensMore some people have made extensive use of pm’s on here due to the ease of use of posting images and videos. It makes developing custom content a lot faster. Just try it. Resize your browser, drag /drop an image into the edit window, re-maximise your browser. You don’t have to post that message, you can cancel at any time.

With pm’s on here you can edit them after you’ve sent them. Definitely not doable on the original boards.

Since there is no re-registration or site change, I do not see people leaving in droves. 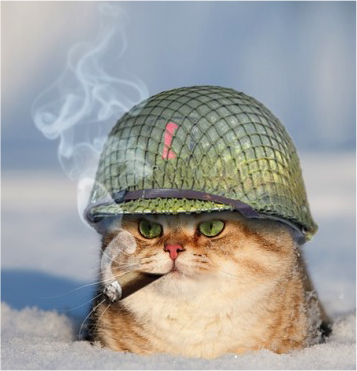 Summary’s not counting private messages. I’ve been using it to ferry progress pictures in PMs. Check your inbox.

Ia! Ia! Picturespam fhtagn! <- Spoiler blurred because I was too slow. Tarot said it first… which I saw happen in real-time, with the post appearing while I was writing this reply. Saw him edit it, too. 's more like an instant messenger than a forum.

So, yeah, I can vouch for the existence of a minimum of one person that would prefer to use the new forum but continues(god this editing is so smooth) to primarily post in the old one, for no reason besides that there is more going on in the old forum. I rather expect there are others in the same position.

Taking your train of thought for an example, I think maybe we can see why some of the other people didn’t make the switch. Adjusting to a new environment takes time and effort. The judgement call that it’s not reasonable to spend time and effort learning to use a different kind of software when you’ve alredy got something that’s working just fine is perfectly reasonable.

The new forum really does have a pile of extremely useful features, though. Sudden change’s uncomfortable, but the benefits here are pretty damn amazing. And, the site address doesn’t change. There’d arguably be less splitting up of the community into different forums, since we’d have only a single forum once again.

edit2: … wait did I just see there’s an “Invite Others” button on private messages?!

I’m not suggesting getting rid of the board you favor. You can still do what you do right here. PM, create topics, whatever. I’m just advocating keeping the board that most people use as well.

No worries. 's why we’re voting on it, anyway, and “Keep both of them” is an option. Just seems a little weird to have two different forums on the website, y’know? It’s been sitting there for a while, and it’s been added in the first place because there used to be a pretty loud demand for a better forum. Hold up, I’ll see if I can dig up the old thread.

The new forum really does have a pile of extremely useful features, though. Sudden change’s uncomfortable, but the benefits here are pretty damn amazing.

It’'s so amazing that there have been ten (10!) CC Topics created since it’s inspection.

And really it’s a bit insulting when keep trotting out the trite ‘sudden change is uncomfortable’ line as if anyone that disagrees is just dim, backward, or afraid of change.